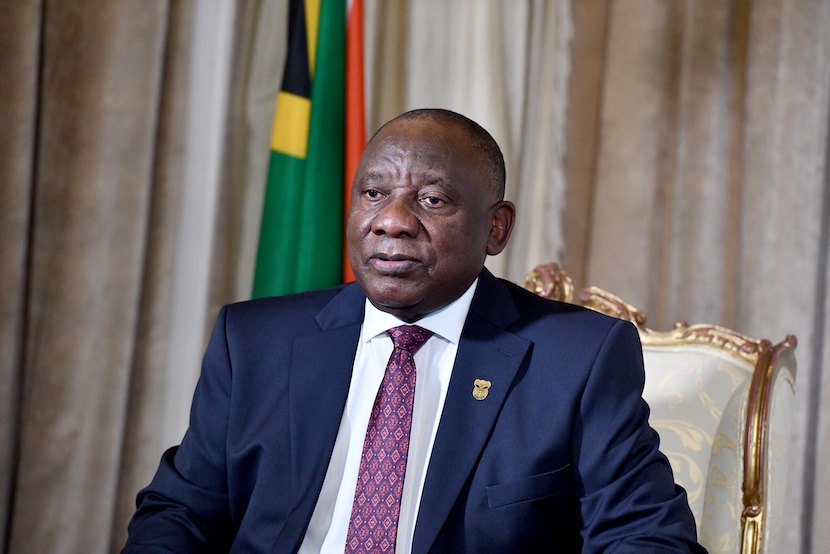 When reading this erudite, pragmatic analysis of the Employment Equity Amendment Bill – which clashes with other legislation and is constitutionally hugely shaky – one cannot help but wonder what motivated its architects. Gandhi, whose influence in shaping SA’s struggle history still resonates, once said, “The motivation will determine the quality of the act.” Well, that struggle history has been impugned and disgraced and we now have standard bearers of a liberation movement whose only purpose seems to be enriching a tiny elite class of already well-to-do ‘tenderpreneurs’. Either the lawmakers are inept and woefully advised or they’re intent on ramming this piece of legislation through for nefarious reasons disguised as ideology, putting President Ramaphosa in a constitutional pickle when faced with signing it. Add the context of the two Zondo Commission reports and a more sinister motivation seems likely. Nowadays incompetence and corrupt intent are almost indistinguishable. ‘Unintended consequences’, certainly no longer cuts it. Story courtesy of the Daily Friend. – Chris Bateman

The Zondo Commission’s recent reports have provided chapter and verse on the fraud and inflated pricing that bedevilled so many of the Gupta-linked procurement contracts entered into by Transnet and other state-owned enterprises during Jacob Zuma’s presidency.

The commission’s initial report also speaks, in carefully measured terms, about “structural weaknesses” in procurement rules that “facilitate corruption”. And it regrets that “the ideals of empowerment have been grossly manipulated and abused to advance the interests of a few individuals”.

By contrast, the Congress of South African Trade Unions (Cosatu) is more blunt – and far more accurate – in describing public procurement as a cesspool of corruption. The African National Congress (ANC) nevertheless plans to expand the scope for tender fraud by using the Employment Equity Amendment Bill of 2020 (the Bill) to disqualify many competitive and cost-effective businesses from contracting with the state at all.

Key provisions in the Bill

The Bill will empower Thulas Nxesi, minister of employment and labour, to set binding numerical targets – racial quotas in all but name – for job appointments at all occupational levels for designated businesses in different sectors of the economy.

Compliance will be enforced via draconian fines of up to 10% of annual turnover for those found guilty of repeat offences. Compliance will also be secured by barring companies that fail to fulfil the minister’s targets – or to “raise reasonable grounds to justify” their failures – from entering into procurement contracts with the state at all.

These targets are in keeping with the ANC’s tactic of demanding demographic representivity in every sphere. They are also based on the false assumption that all economically active black South Africans are eligible for management posts when in fact:

These factors, combined with many other salient considerations, make the pool of suitable candidates far smaller than the minister’s racial quotas are likely to assume.

Yet, businesses that fail to fulfil the minister’s unrealistic quotas – or to justify these failures on terms that bureaucrats are willing to accept – will be denied compliance certificates and so excluded from contracting with the state. This will “destroy their revenue lines, resulting in liquidation and job losses”, as Business Unity South Africa (Busa) and the SA Forum of Civil Engineering Contractors (Safcec) said in their submissions on the Bill.

The exclusion of many experienced businesses will leave the field wide open for many BEE ‘tenderpreneurs’ less able to compete on price and efficiency. It will also, says the Democratic Alliance (DA), allow the ANC to rig tenders and funnel contracts to pre-selected BEE companies. In return, many of these firms will doubtless divert some of their tender proceeds to the ANC to fund its electoral campaigns (as Zondo has recently described) or otherwise sustain the patronage networks that keep the ruling party in power.

Further harm to the great majority

Any such procurement abuses will further harm the great majority of black South Africans. The government spends more than R1trn a year on goods and services: its procurement spend in 2017 was R967bn, according to the Zondo report. However, around half its contracts are already marred by inflated pricing and a deliberate disregard for the rules, as the Treasury’s acting chief of procurement, Willie Mathebula, told the commission in 2018.

The price mark-ups on BEE tenders are often large, moreover. Once some excuse has been found to bypass normal procurement requirements, “a contract which starts at R4m is soon sitting at R200m”, said Mathebula in his testimony to Zondo. This wastes tax revenues and curtails the state’s delivery of essential goods and services.

By excluding many experienced companies from tendering for state contracts, the Bill will undermine the constitutional requirement in section 217 for public procurement to be fair, equitable, transparent, competitive and cost-effective.

The Bill also contradicts the Preferential Procurement Policy Framework Act of 2000 (the Framework Act). The Framework Act provides, in essence, that state contracts must go to the tenderers that score the highest points. Black tenderers may be allocated 10 or 20 preferential points (depending on the contract’s value), whereas the remaining 90 or 80 points must be based on price.

By contrast, the Bill bars companies without the required proportions of black managers – as stipulated by the minister from time to time – from concluding any procurement contracts with state entities at all.

Another pre-qualification criterion already struck down

The Supreme Court of Appeal (SCA) has already struck down another pre-qualification criterion as inconsistent with the Framework Act. In 2017, the minister of finance gazetted a regulation under the Framework Act that allows organs of state to specify that tenderers must have “a stipulated minimum BEE status level”. Under this regulation, tenders that fail to meet any pre-qualifying criteria are excluded as unacceptable tenders.

Afribusiness or Sakeliga, a non-profit organisation representing some 10,500 firms, objected that this requirement was inconsistent with the Framework Act. The minister’s regulations, it said, were resulting in companies with less than 51% black ownership being “totally excluded from tender processes” before any evaluation could begin. Yet, all the Framework Act authorised was a 10% or 20% point advantage, depending on the size of the bid.

Added Sakeliga CEO Piet le Roux: “The minister’s regulation artificially reduces the pool of qualifying tenderers by excluding, on the ground of race, thousands of companies and business people who could add value… There can be no possibility of healthy, corruption-free business environments where municipalities and other organs of state in advance exclude large groups of contractors without even looking at the merits of their tenders.”

Sakeliga’s legal challenge to the regulations was dismissed by the Pretoria High Court but upheld by the SCA in November 2020. Handing down the court’s unanimous ruling, Judge Dumisani Zondi said that the finance minister, in making the 2017 regulations, was obliged to “comply with the Constitution and the Framework Act, which is the national legislation … enacted to give effect to section 217”.

Added Judge Zondi: “The framework providing for the evaluation of tenders … does not allow for the preliminary disqualification of tenderers, without any consideration of a tender as such. The minister cannot through the medium of the impugned regulations create a framework which contradicts the mandated framework of the Framework Act.”

The minister had therefore acted ultra vires the powers conferred on him by the Framework Act, which was contrary to the rule of law and inconsistent with the Constitution.

The finance minister has appealed against the SCA ruling to the Constitutional Court, which heard its appeal last year. However, the apex court has yet to hand down its judgment in the matter, which means the SCA precedent still stands.

It follows that the minister of employment and labour likewise has no power to set pre-qualification criteria – for example, a requirement of 60% black representation among senior managers, failing which a company’s tenders must be excluded from consideration – when this is equally at odds with what the Framework Act allows.

The principle of subsidiarity must also be given due weight. The Framework Act was enacted by Parliament in 2000 to give effect to Section 217(2) of the Constitution, which allows state entities to apply categories of preference in their procurement policies to advance those disadvantaged by unfair discrimination. The Framework Act is thus the national legislation that prescribes the framework within which a preferential procurement policy must be implemented, as the Constitution says.

Under the subsidiarity principle, what the Constitution requires in the context of preferential procurement must primarily be determined by reference to the Framework Act. This provides, as it were, the legislative lens through which the constitutional requirement must be viewed. The Framework Act thus prevails unless and until it is struck down as inconsistent with Section 217.

The Bill should be withdrawn, not signed into law

Despite the unconstitutionality of the Bill’s procurement provisions – and many of its other clauses, too – the National Assembly adopted the measure late last year. Following the opening of Parliament today, the Bill is likely to be sent to the National Council of Provinces (NCOP) for its endorsement.

However, the legislature cannot lawfully adopt any measure that is inconsistent with the Constitution. Since the Bill is precisely such a measure, the NCOP should fulfil its constitutional obligations by declining to endorse it.

If the NCOP nevertheless adopts the Bill, President Cyril Ramaphosa must step into the breach and refuse to sign it into law. As head of the executive, he, too, has an obligation to uphold the Constitution at all times. He is also expressly barred from giving his assent to a bill if he has reservations about its constitutionality. The SCA judgment in the Sakeliga case is reason enough for him to have such reservations.