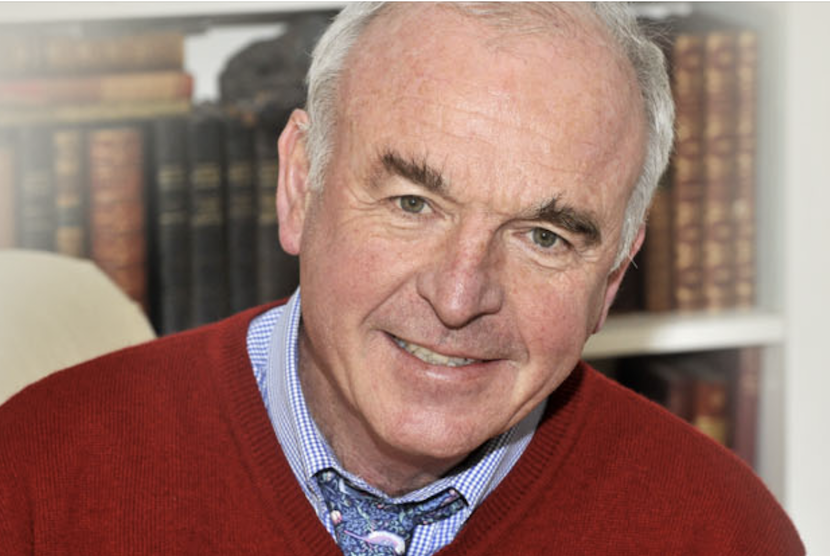 The Russian invasion of Ukraine has abruptly transformed the world. We are again talking about nuclear war and World War 3 with the language of the Cold War resurrected. What prevented a nuclear war then was a military strategy, aptly called MAD or mutual assured destruction. “If you nuke me, I’ll nuke you, so let’s be sensible and not nuke each other.” But is MAD enough in the present crisis to avoid the unthinkable before it happens? In his 2015 book, Flagwatching – How a fox decodes the future, Clem Sunter came up with six questions he believes should now be asked that could point to other alternatives for the West and Russian President Vladimir Putin than World War 3. – Linda van Tilburg

On the brink of World War 3 – The questions to ask

In 2015, I wrote a book called Flagwatching – How a fox decodes the future. It was published by Tafelberg in November of that year. I devoted 10 of the 170 pages to Ukraine and the possibility of a nuclear conflict between Russia and America. What follows is an excerpt from that section of the book.

This flag is an existential threat to the West and it is very red. It is about Russia or, more specifically Vladimir Putin, and it went up with the annexation of Crimea in 2014. Is the voluntary return of Crimea a likely scenario? The answer is no. Already, mission creep has slipped into Russian strategy in that they are assisting the Russian rebels in Eastern Ukraine. Can the creep extend to other countries where there are significant Russian minorities?

In a sense Ukraine is Russia’s window on the West, as all the other former members of the Soviet Union on its Western border (except Belarus) have joined the European Union and are members of NATO. If Ukraine were to do the same, it would just about complete Russia’s loss on its Western front. Hence, from a Russian perspective, the stakes are very high and it is unlikely that it will go into reverse on its policy – whatever the economic cost of sanctions. For Americans, the current Ukrainian government is perfectly legal and the Russians have invaded a sovereign state.

That brings us to the ultimate scenario of a flat-out exchange of nuclear missiles between America and Russia. Putin continuously mentions the nuclear option these days in a way that leaves US diplomats experienced in Cold War politics scratching their heads in disbelief. One said the other day that America used to have a feel for Russian logic during the Cold War; now they are totally mystified. They no longer know where nuclear weapons sit in Russia’s order of battle, nor what would signal their imminent use.

As a result of the red flag, I have for some time been calling for a review of nuclear game theory before the rivalry between Russia and America becomes unstoppable in its progress towards a nuclear showdown. Nobody wants a Third World War.

I quote the following event in support of this review. On 31 October 1961, Russia detonated the most powerful nuclear weapon of all time, before or since. The site was a remote archipelago in the Arctic Ocean, north of the Russian Coast. The blast was equivalent to between 50 and 58 megatons of TNT or 1,400 times the combined power of the two atom bombs dropped on Japan in August 1945. Dropped centrally on any major city today, it would virtually flatten it and instantly kill between a quarter and a third of its inhabitants.

Classic game theory examines every possible strategy a player must consider when taking into account all the responses of his or her adversary. It obviously applies to nuclear conflicts as well. Now you have the most heavily armed nations locking horns as they did in 1962, eyeball to eyeball like two chess players poring over the next move. John von Neumann, a US Hungarian mathematician, was the founder of game theory in 1928. He later coined the acronym MAD which stands for ‘mutually assured destruction’ in the nuclear game.

The argument was that neither of the two players would resort to nuclear conflict if a first strike by either one triggered a response by the other, which caused an overwhelming loss to the initial aggressor. Thus, a second-strike capability on both sides guaranteed peace between them according to the principle of minimising your maximum potential loss. The latter is a core element of optimising your strategy under game theory. Put crisply, if you nuke me, I’ll nuke you, so let’s be sensible and not nuke each other.

If John von Neumann were alive today, I would want to ask him the following questions. Maybe someone from The Institute for Advanced Study in Princeton, New Jersey, where von Neumann was based, is sufficiently well versed in game theory to act as a substitute:

Is MAD still a valid concept which makes nuclear conflict highly improbable? Is the Doomsday scenario widely accepted? Or do military strategists now play nuclear war games where they examine less apocalyptic sequels? If so, do they look at a conventional war preceding a nuclear exchange, or the other way around?

What would be the estimated damage and loss of life caused by a nuclear conflict between the US and Europe on the one side and Russia on the other? What harm would be done to the environment in the short and long term?

What would the impact be on the rest of the world and would the whole world recover from such a global war as quickly as it did in 1945?

What are the probabilities of the current game in Ukraine remaining localised or deteriorating into a direct military conflict between the major players with potential nuclear consequences?

Does the chance of terrorists acquiring nuclear weapons nullify MAD since they belong to no fixed abode which can be destroyed if they attack first, and are prepared to die for their cause?

How does emotion feature in the mathematical models of game theory since patriotism as much as logic can be responsible for the onset of nuclear war?

I have not come across a single word in the printed or social media, on television or radio or anywhere in the public domain addressing this issue.

Fast-forwarding to the present

It has been nearly seven years since I wrote the aforementioned words and the chances of a Third World War have risen substantially. Yet, nobody I know has attempted to answer these questions. Perhaps the topic is too awful to contemplate, but part of being a foxy futurist is to think the unthinkable before it actually happens. In other words, you should at least play the scenario, or a range of scenarios, and see where the narrative leads. Complex and unpredictable conditions demand this approach and right now the future in Ukraine is as unpredictable as it can get.

Having said that, the stark reality of war is that most strategic decisions are made by the leaders themselves and nobody else, in this case Putin and Biden. It would be a tragedy for the rest of humankind if, as a pair, they stumbled into nuclear war when there were other alternatives available.