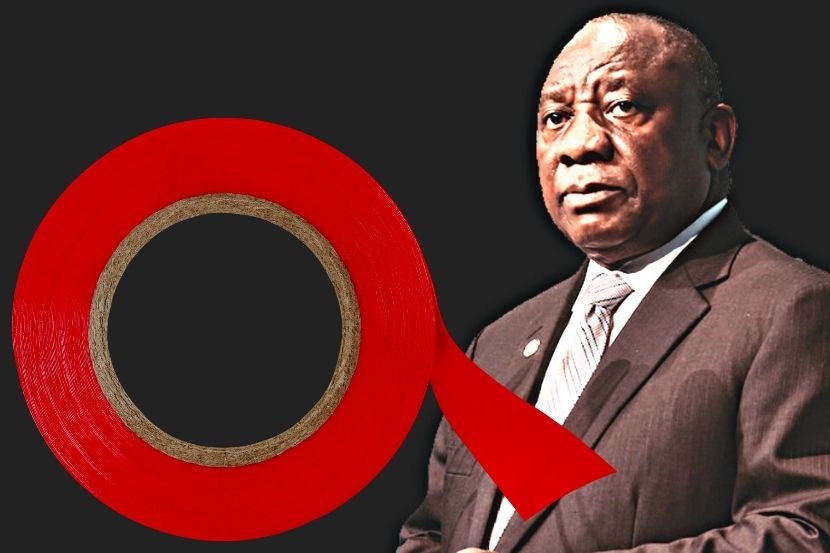 A free and prosperous society is marked by red tape that binds government and officials far more than its citizens. The more red tape, the more authoritarian and dysfunctional rulers are. The Catch 22 is when ‘the people’ demand government do more for them, automatically giving those in power greater influence over their lives. While subsidies like the Basic Income Grant are vital given half the population is jobless, they also create a habit of dependency, which eventually kills innovation and entrepreneurship. We have our Constitution that constrains rule makers with so-called ‘good red tape”, thus protecting citizens. Unfortunately, it cannot kick-start the economy, only constrain those who ride roughshod over human rights. Unshackling the economy begins with fewer constraints on business, not more, certainly not those that enrich a small elite of the well-connected whose disadvantage is long forgotten. They thrive on red tape entangling less fortunate brethren. – Chris Bateman

It might be hard to imagine that ‘red tape’ could be your friend. Although we never actually see the red ribbon or tape that was once used to bind government documents, we do see the ponderous power of its spirit when experienced as in the Britannica Dictionary definition: “A series of actions or complicated tasks that seem unnecessary but that a government or organisation requires you to do in order to get or do something.”

Who does not have a suppressed memory of the stress, frustration and wasted time that so often come with the need to deal with a government bureaucracy to obtain a document, or to get something done? Who has not asked, “Can’t we just cut through all this red tape?” I can certainly commiserate. But be careful what you wish for.

Those old red ribbons or tape that bound those documents were merely a physical manifestation of the existence of law. Although the king might have been absolute in his power, he would keep that power only through a set of rules that would constrain the subsidiary power and reach of those who acted in his name. Throughout the ages, each government officer or bureaucrat has had his own personal desires and interests that could be quite different from those of the legitimate government leaders or of the ‘will of the people’. The rules imposed on them by the king or parliament serve not only to ensure that the king’s will would be done by the bureaucrats, but also to protect the king’s subjects from the personal whims of those same bureaucrats.

It is this latter feature that we are most in danger of losing. The protection of citizens from the arbitrary powers of government bureaucrats and their superiors is a key feature of those countries that are not only the most prosperous and free, but also most respectful of their citizens. That is the essential purpose of the rules and conventions that we call red tape. Without such controls, each bureaucrat with whom we deal would have potentially unlimited dictatorial powers. The red tape limits the size of the bureaucrat’s fiefdom and the scope of his powers within that fiefdom, thereby limiting the reach of his power over us.

Our problems with bureaucracy arise, not from the bureaucracy itself, but from the government (elected or otherwise) that creates more programmes and regulations for the bureaucracy to manage and enforce. As governments interfere more in our lives, bureaucracies must necessarily grow and become more powerful. That is what pushes out more red tape to bind ‘we the people’ rather than the bureaucrats and government officials.

When the people demand that the government do more for them, they are in essence asking the government and its officials to take on greater power and to have greater influence over our lives. That is when red tape becomes a visible and pernicious issue in daily life. Increasingly, we find ourselves dependent on some bureaucrat’s permission to conduct even the most basic aspects of our lives. To what extent do we need a bureaucrat to determine what we may buy and sell, what we must pay for petrol, from whom we are allowed to receive medical services, how we may produce and buy food, and how we might educate ourselves and share information? We might even find that we need a bureaucrat’s permission to venture out of our homes, and to do so with our faces uncovered – again.

The highest form of red tape is the national Constitution, whether explicitly written or by evolved convention. It is the Constitution that specifies and thereby limits the powers of the government and its officials. It is the set of rules within which the lesser rules, such as legislation, are made. A true constitution is necessarily far more difficult to change than is mere legislation. Just as giving a referee the power to change the rules in the middle of a rugby match would ruin the game, giving a legislature the power to change the rules that constrain it, would unleash the seekers of plunder and dictatorial rule.

Those who would live in a free and prosperous society must remember that the purpose of a constitution, and the red tape necessary to enforce it, is to constrain the power of the government, not of the citizens. When citizens experience increasing interference in the normal conduct of their lives from government regulators and other officials, the solution is not to cut through the red tape, but to push back on that red tape to bind more tightly the legislators and executives who empowered the bureaucracy.

A free and prosperous people are those who bend red tape away from themselves, instead to encircle their government and its officials, to limit their bureaucratic powers, and to tie it tightly.