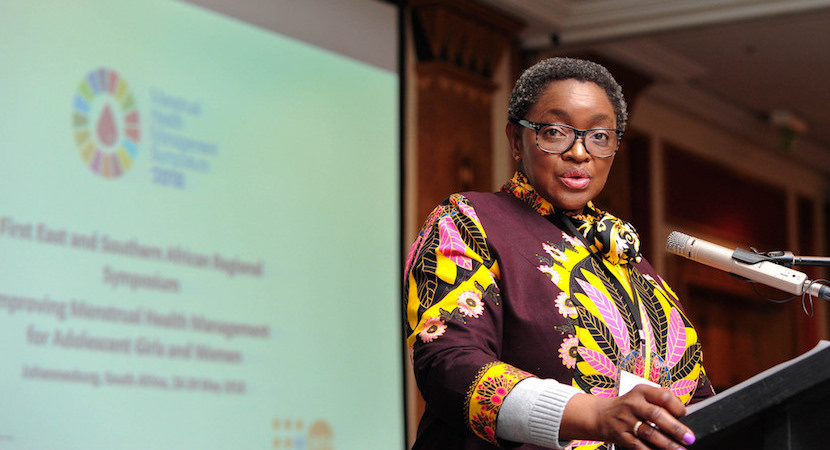 JOHANNESBURG — In what will no doubt be a precedent-setting case, former Social Development Minister Bathabile Dlamini, has been effectively held personally liable for South Africa’s social grants contract mess. Dlamini stalled the process of switching over to a new provider and has even been accused of lying under oath. She now faces a further probe of alleged perjury. For the Zuptoids, this is another major body blow. – Gareth van Zyl

The Constitutional Court will also send documents to the National Prosecuting Authority to determine whether Dlamini lied under oath and should be prosecuted for perjury, after she submitted false information to the court, Judge Johan Froneman said in a ruling delivered Thursday in Johannesburg.

Dlamini last year took responsibility for the welfare department’s failure to find a new service provider to handle grants payments, after the Constitutional Court ruled in 2014 that a contract with Net 1 UEPS Technologies Inc. to handle the payouts was invalid. The social-security payments are the biggest government initiative to help alleviate poverty in South Africa, amid high unemployment, slowing economic growth and high inequality.

“Her conduct was reckless and grossly negligent, all that is sufficient reason for a personal cost order,” Froneman said, holding Dlamini personally liable for 20 percent of the costs of the legal processes. The costs application was brought by South African advocacy groups Black Sash and Freedom Under Law.

Dlamini was dismissed as head of the social development department in a cabinet reorganisation in February, after Cyril Ramaphosa replaced Jacob Zuma as president. She is currently the minister of women’s affairs.

The Centre for Applied Legal Studies, which brought the the matter before the Constitutional Court on behalf of the Black Sash, welcomed the ruling.

“The judgment sets an important precedent for holding public officials accountable for their reckless and negligent actions in executing their duties,” Wandisa Phama, acting deputy director at CALS, said in an emailed statement. “This is a step towards ensuring that a similar crisis never happens again.”

Statement from Freedom Under Law on the ConCourt Judgment regarding Minister Bathabile Dlamini.

Freedom Under Law (FUL) welcomes the judgment of the Constitutional Court delivered yesterday, ordering Minister Bathabile Dlamini to personally pay costs incurred by Black Sash and FUL in their litigation relating to the first extension of the Cash Paymaster Services contract for payment of social grants. The Court also ordered that a copy of the judgment and of the report issued by Judge Ngoepe as to Minister Dlamini’s personal liability for the social grants crisis be forwarded to the National Director of Public Prosecutions for determination as to whether Minister Dlamini should be prosecuted for perjury.

FUL believes the judgement to be an important vindication of accountability, sorely needed in the country at this time.

However, the judgement cannot stand on its own. FUL notes that the judgment envisages an important accountability role for the NDPP in this matter and recalls that another very recent Constitutional Court judgment ordered the President to appoint a new NDPP within 90 days. It is imperative that a new head of the NPA, able to restore credibility and integrity to the institution, be installed as quickly as possible not only so that the full measure of accountability might be secured in this matter but for so many other matters clamouring for accountability in the country today.