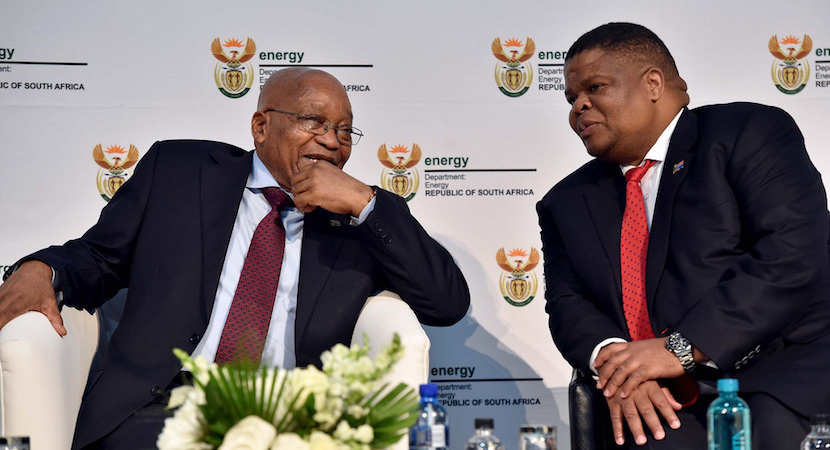 South Africa already owes much to courageous forensic investigating sleuth Paul O’Sullivan. After this weekend, that debt rose a few bars. Because it was O’Sullivan’s intervention which “turned” a close comrade of former Intelligence Minister and professed president-in-waiting David Mahlobo. And the State Security Agency’s version of Angelo “Canary” Agrizzi sang a song that’s ever so sweet to those fighting dark forces which once threatened to engulf the young democracy. The former SSA operative’s affidavit names more than three dozen high profile figures who were under surveillance on former president Jacob Zuma‘s instruction through high tech equipment provided by the Russians. Among them some obvious Zuma enemies like chief justice Mogoeng Mogoeng, his former finance minister Pravin Gordhan, AngloGold chairman Sipho Pityana, ex Public Protector Thuli Madonsela, Gauteng ANC chair Paul Mashatile and his successor’s brother-in-law Jeff Radebe. But there are also some names which come as a surprise like Wits journalism Prof Anton Harber, Sygnia CEO Magda Wierzycka, former SARB governor Tito Mboweni and members of Zuma’s own cabinet including long-serving Economic Affairs minister Ebrahim Patel and now Foreign Affairs boss Lindiwe Sisulu. After “turning” the SSA operative and double-checking his story, O’Sullivan’s Forensics For Justice team handed the dynamite affidavit to president Cyril Ramaphosa. The information would have assisted a high level investigation into the State Security Agency whose damning findings released over the weekend corroborated much of what Mahlobo’s close pal exposed. Both the affidavit and the full report into the SSA are embedded below. After this dynamite expose’, which also directly implicates Russian president Vladimir Putin (alleged to have been grooming Mahlobo for the presidency) those who doubted Ramaphosa’s commitment to cleaning SA’s house will surely re-assess. Hope springs. – Alec Hogg

When Zuma took power, he lost no time in ‘capturing’ the country’s security structures. Forensics for Justice exposed the capture of the criminal justice system as far back as 2012, after picking up links between Mdluli and the Sunday Times. We issued a detailed report in 2016, which can be seen here.

In Q2, 2018, we turned one of ex-Minister of Intelligence David Mahlobo’s undercover agents, debriefed him and turned it all over to the President, so that he could be aware of the ever-present threat.

The sheer audacity of Zuma’s accomplices, like Mahlobo, who was also engaged in unlawful wire-taps of ourselves and others, whilst running a criminally secret parallel intelligence structure is breathtaking.

We opened a criminal docket with the DPCI in June last year and will be calling for Mahlobo to be hauled before the Zondo Commission so that he can ‘sing’ just like Agrizzi did.