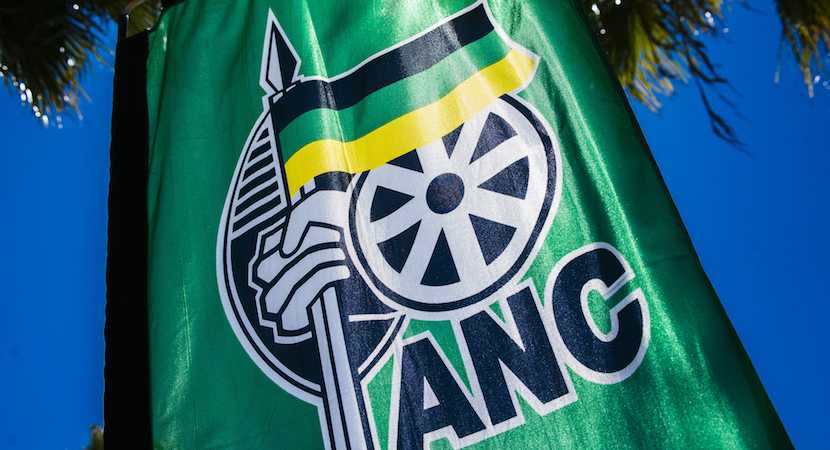 Finance Minister Tito Mboweni is in a tight squeeze as he is grappling with a growing budget deficit with the state-owned enterprises, particularly Eskom acting as a major drain on finances. The taxes that he is able to raise have been limited by the fact that the number of individual taxpayers is growing slowly and tax income from companies has been hampered by loadshedding with only 24.3% of companies reporting positive taxable income at the end of 2019, according to figures supplied by the South African Revenue Service. Mboweni told journalists at Davos in Switzerland earlier this year that he would take taxes wherever he could find and had recently hinted that the cannabis market and “handy clappy, snake eating churches” could be sources of income. But would he go after retirees by prescribing assets; a policy that the ANC adopted at its 2017 conference, which President Cyril Ramaphosa supported? Economists are divided on whether the Treasury would follow this path with Pan African Investment and Research Services chief executive Iraj Abedian saying he would be “shocked out of his boots” if Mboweni went along with it. Nicholas Babaya writes in the Daily Friend that going after savers is a dangerous path for the ANC Government to consider. – Linda van Tilburg

The recent talk of prescribed assets by many high-ranking members of the African National Congress (ANC) as well as comments from its alliance partner, the Congress of South African Trade Unions (COSATU), must be viewed in light of the financial disasters evident in the balance sheets of state-owned-enterprises (SOEs).

If we are really to understand why it is that the ANC is resorting to more and more desperate measures to prop-up failing SOEs, we must go all the way back to 1 April 2018 when VAT was increased to 15%.

VAT – as one of the most regressive taxes – is one the government is most reluctant to increase. However, VAT also makes up a very significant proportion of South Africa’s tax revenue. For the 2019/2020 fiscal year, VAT made up 26% of tax revenue. Of course, if the ANC wanted to remain popular and not hurt its voters it would be very easy to increase just the marginal rate of taxation on the highest tax brackets. However, to quote one of South Africa’s leading economists, Dawie Roodt: ‘Whenever politicians start increasing one of those unpopular taxes, you have to know that they are really running out of options…’

Two years on from 2018 and the fiscal situation has not changed much, as the government still lacks the tax revenue it requires. SOEs continue to make enormous losses and rack up billions of rands in debt – none of which is included in the national debt, which is already ballooning to over 60% of GDP. Between the late 1990s and 2008, South Africa’s debt-to-GDP ratio declined steadily but significantly. The government even managed to achieve budget surpluses in 2006 and 2007 – an impressive feat considering they had inherited a National Party-led budget deficit in 1994.

However, from the beginning of Jacob Zuma’s presidency, the government has consistently had a relatively high budget deficit, coupled with slow economic growth and occasional regression. The result is increasing government debt in an economy which is not growing at the same rate as government expenses. When accounting for the fact that these government expenses include measures to ensure the ANC’s political stability and electoral success – above-inflation public sector wage increases and continuing bailouts for SOEs in order to maintain a patronage network – one understands that there is little hope of getting out of this spiral without serious austerity. As such austerity is likely to deeply hurt the ANC around election time, it is now lumped with a conflict of interest in its attempting to maintain responsible finances for the country.

The problem with this is that eventually the ANC will run out of other people’s money. The first and most fundamental rule of economics is scarcity: there is never enough of anything to satisfy everyone’s desires, but as the great Thomas Sowell once said in a lecture: ‘The first rule of politics is to forget the first rule of economics.’ This, it seems, has never been truer of the ANC-COSATU smorgasbord of spending, but the reality of scarcity of tax revenue becomes very apparent to them when they are forced to make unpopular tax increases, such as the 2018 increase in VAT. This increase came long after South Africa passed the turning point of, for example, the Laffer Curve for personal income tax.

When the tax base dries up, the question must be asked: where then does a government get the money to pay for its debt? The answer is that it goes for the savers. The ANC now realises that, having run SOEs into the ground, no one will voluntarily invest in them. Therefore, the solution is to compel people to invest in them and this is what Prescribed Assets really is – a last resort when there is no more money to be taxed and too much incompetence to be trusted. The mere fact that the investment of these assets in SOEs must be forced – ‘prescribed’– already indicates that it is an unwise investment. Why else would such assets need to be prescribed?

And so this is the chronology: first go for the taxpayers, then go for the savers.

This will not be the end, however, and it is vital for South Africans to understand the severity of what comes in the third stage of a government’s usurpation of wealth: printing money. This is precisely what we witnessed in Zimbabwe. Over a short period, the life savings of Zimbabweans became almost totally worthless.

Money is not wealth. Wealth is what money can get you. Eventually, the ANC will reach a point where the economy continues to stagnate and taxes have reached their highest possible level. In such a scenario, a tax increase will only decrease the total revenue. Looting of prescribed assets will be in full force and used to further fund the government, which will lead to South Africans investing overseas, and, where possible, emigrating.

Mounting government expenses to pacify the ANC’s support base and COSATU members will worsen the inefficiency at SOEs, and their debt levels will continue to climb. An International Monetary Fund (IMF) bailout is a possibility, but it is unlikely that the Left in the ANC will allow this significant detour from the path of the National Democratic Revolution. Eventually there will be no choice left but to print money. Inflation levels will rise, slowly at first, but soon enough they will begin to skyrocket. All savings in Rands will be worth less and less. This is the final stage of Expropriation without Compensation.

When the ANC has taken all of the money it is possible to take, it will take the rest by devaluing it through an increase in the money supply. South Africa will see higher and higher levels of inflation and eventually the rand will become worthless. First they went for the taxpayers, then the savers, and then finally the currency’s value itself.

This is a worst-case scenario for South Africa’s future – I scarcely think that there could be anything to worsen the life-quality of South Africans than hyperinflation – and we are not necessarily on that path. But the ANC has been drifting slowly towards this scenario for years – and when it advocates prescribed assets, it is important to understand where that need for wealth extraction comes from, and where it logically leads us.