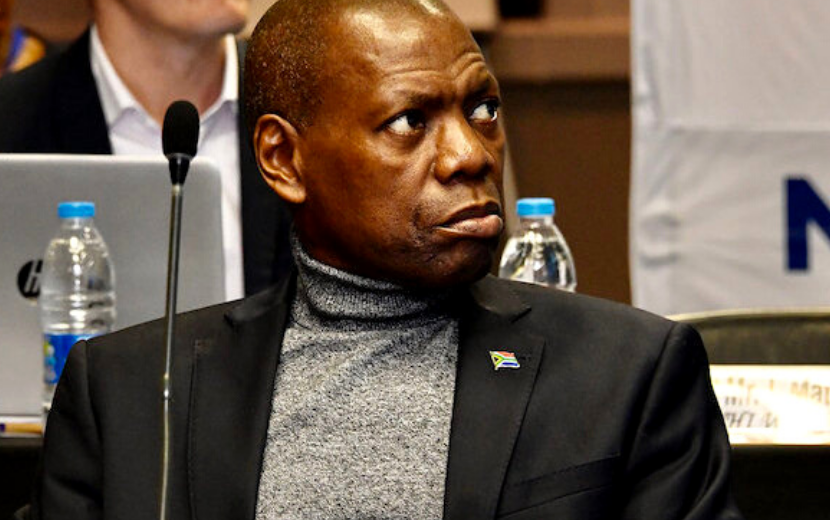 In May, former SA Health Minister Zweli Mkhize found himself at the centre of a media frenzy calling for his head after news broke of a scandal involving a R150m contract awarded to Digital Vibes by the National Department of Health. Shortly thereafter, Mkhize released a statement in which he ‘laid out the facts’ surrounding the highly irregular contract in question. Prior to the Digital Vibes scandal erupting, Mkhize was believed to be ‘one of the good guys’ in the ANC. However, his statement – initially thought to be rational and easy to believe – now appears to have been a crass attempt to disguise a crude plunder of national resources.

In August, the Special Investigating Unit released an 87-page affidavit by Rajendra Chunilall, a Principal Forensic Investigator and the Lead Investigator in the SIU’s investigation into the Digital Vibes scandal. The SIU’s investigation – documented in detail in the affidavit – outlined an intricate web of deceit which dispelled any doubt as to Mkhize’s involvement in the corruption scandal. Two conclusions could be drawn from the affidavit; either the former health minister is crooked and actively participated in stealing at least R80m from taxpayers; or, perhaps worse, he was played like a cheap guitar by two female confidants and his deeply implicated son.

In the affidavit, Tahera Mather and Naadhira Mitha, Mkhize’s personal spokesperson and personal assistant, respectively, while he was the Minister of Cooperative Governance and Traditional Affairs (COGTA), implicated as the second and third respondents in the affidavit, are alleged to have been the ‘real’ team members and the controlling minds behind Digital Vibes.

A Report by the SIU (embedded below) released by President Ramaphosa this week contains the outcomes of the SIU’s investigations into the allegations received from a whistleblower regarding potential irregularities in the award by the NDOH of the NHI media campaign as well as the allegations that Mkhize had a vested interest in the appointment of Digital Vibes.

According to the SIU’s findings, irregular expenditure amounting to approximately R150m and fruitless and wasteful expenditure amounting to approximately between R72m and R80m were incurred by the NDOH. The Report states that obtained evidence indicates that Dr Pillay, as the ‘Acting’ DG of the NDOH during the Covid-19 media campaign, should be criminally prosecuted for ‘financial misconduct’. The Report also finds that Pillay, Mather and Mitha committed fraud.

Earlier this week, Department of Health Director-General Dr Sandile Buthelezi was suspended over his alleged role in the department’s Digital Vibes scandal, leaving all eyes on deputy DG Anban Pillay.

While Mkhize is the common thread throughout the entire saga outlined in the Report, the SIU findings only refer to ‘a distinct lack of oversight’ on his part as former Minister and stipulates that ‘obtained evidence supports the referral thereof to the President for purposes of taking executive action’ against Mkhize.

(Bloomberg) – South African President Cyril Ramaphosa’s bid to clean up the government took a knock after a probe found his ex-health minister may have acted unlawfully.

The Special Investigating Unit, a law enforcement agency, stopped short of specifying that Zweli Mkhize should be criminally prosecuted but was nonetheless damning about his role in the awarding of a R150m ($10m) contract to close associates.

The findings are a blow to Ramaphosa, who took over in 2018 pledging an end to the corruption-tainted tenure of Jacob Zuma. They also confirm reports that the Department of Health allowed funds to be stolen during the Covid-19 pandemic, when budgets were being maxed out on preparing hospitals and buying medical equipment.

Mkhize, an ally of Ramaphosa’s, has fallen from grace after being lauded for his role in steering the government’s initial response to the coronavirus. A one-time presidential hopeful, he was forced to resign in August after details of the fraudulent tender caused a national uproar.

Despite talking tough on corruption, Ramaphosa initially opted to place Mkhize on special leave rather than fire him. He also held onto the SIU’s report into the deal for more than two months before it was finally authorised for release on Wednesday.

The president was similarly hesitant when dealing with his spokesperson Khusela Diko, who was implicated in a scandal over a health contract won by her late husband. While Diko lost her job as Ramaphosa’s aide, she remains a government employee.

The SIU’s findings come as the ruling African National Congress prepares to fight crucial municipal elections at the start of November. While unveiling the party’s manifesto earlier this week, Ramaphosa pledged, not for the first time, to reform the party and “do better.”