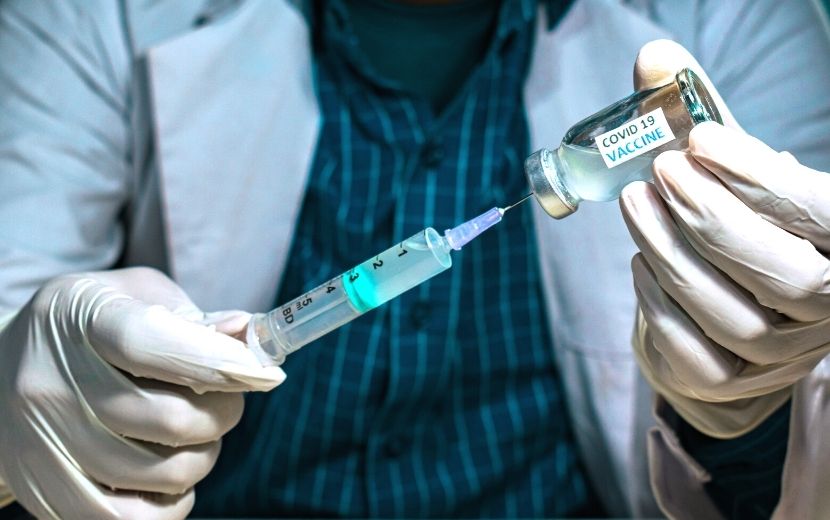 Irony and paradox, especially when the scientists become the weirdos and vice versa, are the high-octane fuel upon which Simon Lincoln Reader gets his best mileage. With a host of countries banning travel to and from South Africa – whose scientists caused the panic in the first place – Simon literally won’t get very far. Yet, what he’s observing on his global village stoep is figurative grist to the mill as he again takes a mallet to the wheels of the woke wagon, wounding egos of his favourite occupants. Or not. One must admit, whether you’re a fan of his satire or not, this Covid-19 saga is pretty weird. The iconic Hunter S Thompson’s: “It’s a damned shame that a field as potentially dynamic and vital as journalism should be overrun with dullards, bums, and hacks, hag-ridden with myopia, apathy and complacence, and generally stuck in a bog of stagnant mediocrity,” is something SLR would probably agree with, given this piece. – Chris Bateman

Lads, got an idea: we arrange a massive party for the World’s Worst People™️. We pack them all – Beijing24, the dirty corrupt scientists at Imperial College, blue-check Twitter, woke civil servants, etc – into a smallish room, lock the doors, then set the old fire alarm off. My guess is that Adriaan Basson will be the first to brick it, followed by Nathan Geffen – bugger women and YouTubers – from now on it’s the captains of the Oceania and the Costa Concordia respectively. Whilst there’s actually no fire, the only dude who’ll stick around will be John Matisonn; much easier, he’ll swiftly calculate, to convince a half-scorched corpse that Joe Biden’s actually a brilliant, totally not corrupt or demented president.

I’m not sure who the brainiacs are that come up with these travel bans but I’m reasonably confident they have their preferred pronouns or statements like “climate change is real” in their email signatures. There has been all sorts of indignation from the likes of Beijing24 and Bill Gates’ other local patsies in SA, but the funny thing is the people who enacted this evidence-free, anti-scientific scientific decision are your actual Fauci fanbois, your government public-healthism coof warriors, your mandate fetishishts … the people who claim to be, and are revered for, “following the science”.

This is what makes the disappointment about the travel ban so confusing: why express shock or surprise or even insult after a year of conscious, epic bedwettery, of Basson himself and Melanie Verwoerd literally smacking their handful of readers over the heads with zero Covid-19 poo handbags? “Zero Covid” is where the stupid and the impossible converge: you think you’re going to get Mrs Horse Paste herself, Jacinda Adhern, with all her freewheeling, virtue-signalling, white-supremacy-owning kweeness but you end up with Kamala Harris and the unnerving cackle is beyond painful.

Yet again, these functionaries we can’t remember voting for have screwed up. What should strike any reasonable person is the obvious corruption at the heart of Omicron coof; South Africa is punished for telling the truth, whereas China outright refused to share information at the very start of the leak. And mysteriously, we seem to have leaped a letter of the Greek alphabet in the rush to a name: before Omicron – or moronic – is Xi. What gives there?

On Monday, Basson’s leader in Beijing24 was entitled ‘The case for mandatory vaccinations’. I’ll tell you what there’s a case for here: someone needs to be dispatched to The Newt, Koos and Karen Bekker’s exquisite Somerset manor (10 grand per person per night … fill your boots lads) and politely explain to the owners that there is a maniac vaguely associated with the company on the loose down south, who is attempting to radicalise ordinary people with incendiary language, like a shit Colonel Kurtz; not lopping off people’s heads so much as filling them with unscientific hysteria. So, it would be helpful if they could send a boat with some okes in white jackets, restrain him, then drop him off at that island neighbouring Lagos where Fauci has been sponsoring experiments on chimpanzees for the last decade.

You know things have gone turbo paranoia when SAGE – the group of highly politicised scientists trying to use coof to dismantle capitalism (not gonna happen) – reckons there’s been just a bit of an overreaction. Perhaps the media will try and excuse themselves with “there’s not exactly an Afghanistan withdrawal to write about”. Well, perhaps, but what about Julian Assange, imprisoned alongside hardened jihadis for the crime of real journalism (an increasingly alien concept to 99% of South African media) … no? Okay, then the lab leak thingy but we’ve inadvertently revealed how that’s just not going to happen with the naming of the new coof right? Ghislaine Maxwell’s trial, which, if it isn’t deliberately fisted by James Comey’s daughter (lead prosecutor), should expose associates of Jeffrey Epstein? Would Bhekisisa like to say something about that? Maybe?