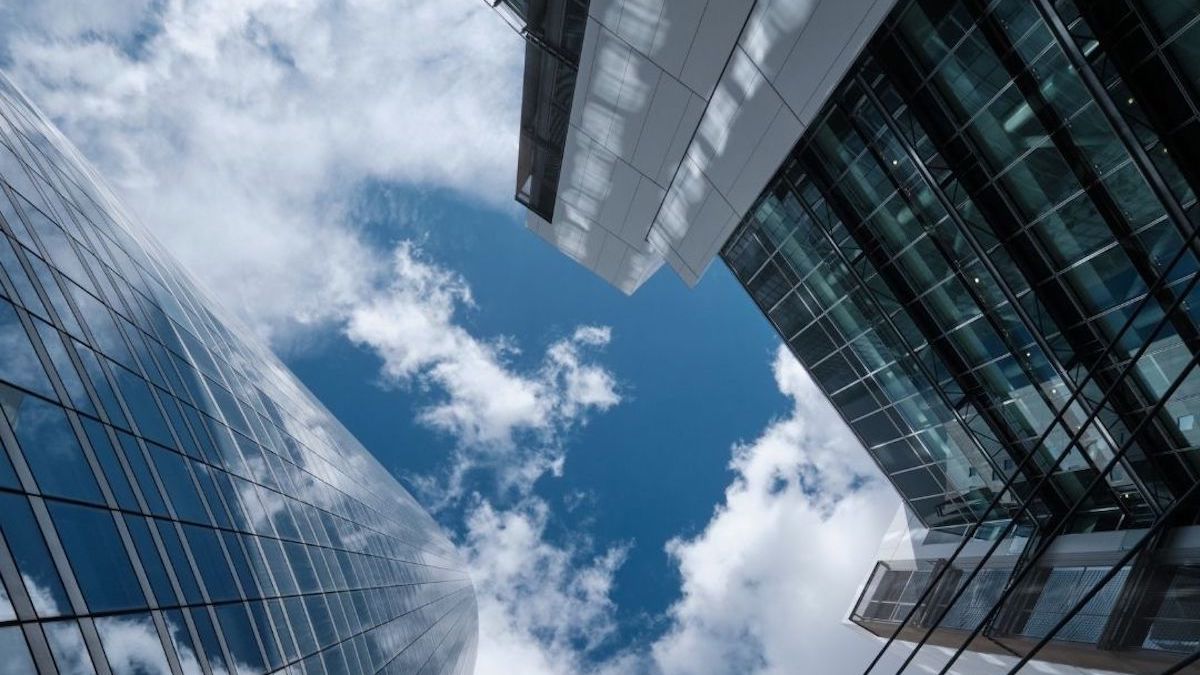 With uncertainty in equity markets, rising interest rates and inflation, investors are looking to diversify their portfolios. Wealth Migrate’s Scott Picken and Riaan van der Vyfer, and their US partner Judd Dunning, who is the president of DWG Capital Partners, believe that investing in industrial property is a good hedge against the economic cycle. Those buildings on the way to the airport might be labelled as the not-sexy sector of the property market but they say industrial property could provide a very good, predictable income for investors in volatile times, especially if they are situated in the “radically powerful” free market of the United States. – Linda van Tilburg

I think one of the things that most people think about when they think of investing in property or real estate, they think of buying houses. But what they don’t realise is that particularly in uncertain times, when you’ve got inflationary cycles, or whatever, what people are looking for is predictable income and industrial property is very, very resilient because it’s effectively based on commercial. It’s where companies have to work and companies are long term; they stay in one place for a long term. As long as you’ve got a good stable tenant, then they pay very good, predictable income. So, what you’ll find is that right now there’s a large movement of capital into industrial because it’s a very stable asset class during uncertain times. It pays good income dividends, which people want. The last thing that I think is very relevant is that in industrial you’ve also got logistics and all of those types of things and with e-commerce and where the world is going, industrial logistics is a sector that is really being driven by long term trends, which is significantly important for us as investors. You always want to be investing with a long-term trend behind you.

You’ve got very sticky tenants. One thing about industrial, it’s not how it looks, but how it functions. Typically, industrial assets would be designed for a specific functionality, for a specific tenant. So therefore, if you’ve got a property that’s been designed for your operations, you tend to stay. Furthermore, typically in industrial property, there’s something called triple net in leases. What that means is that the occupant or the tenant is responsible for all rates and taxes, for all maintenance, for roof replacement. Typically, you don’t get a lot of deductions from your yield. What you get is rentals typically paid out to investors because you don’t have all of these things that need to be deducted in terms of maintenance. Especially in the current market, industrial assets have built in rental escalations. You know that your rental escalations are keeping up with inflation, which is a very nice inflationary hedge. With industrials, why it’s resilient, it’s less dependent on the economic cycle, but more on the cycle of the product that’s being made or stored or distributed at that warehouse. It’s also less dependent on demand but more on consumer behaviour and we know that consumer behaviour changes. So, it’s less dependent on the economic cycle, economic sectors and more on fundamental sectors.

Industrial is the ‘not sexy’ real estate, but it’s where all the product and money is made  – Judd Dunning

I’m a 20-year seasoned institutional veteran from Newmark Capital Markets here in Los Angeles, California, in Texas. And we own a principal fund called DWC Capital Partners. We have about seven or ten assets across the United States that we’re buying now. We’re expanding that platform. We had the privilege of working with Ryan, and I believe Scott’s also in our new Texas investment, and we do office retail, industrial multifamily across the United States, but our fund is specifically industrial, and we did about $700 billion of assets over the last year. You were asking me in the beginning, how do we actually define industrial for your investors and your listeners out there? So, it’s all the land and buildings that houses industrial activities that’s production, manufacturing, assembly, warehousing, research, and distribution. It’s not sexy real estate in the middle of nowhere. That’s usually where all the money and product is being made.

You have always had housing as kind of a darling and right behind that, industrial was actually in a fourth position until the pandemic. Then what we saw is as we started to realise people could be in their home and needed stuff; the infrastructure of essential stuff boomed. So, the sector actually cleaned up and it’s been also really dependent on expanding employment. As we’ve become more efficient in making stuff, we’ve had more employment. That’s why industrial has been so resilient, so powerful over the last few years.

Amazon said it built and bought too many warehouses – what does that mean for industrials? – Dunning

Our American business is driven by the average American, which is 95% of the other people. When we go out in the markets right now and we look for sale leaseback industrials, we’re looking for normal people that want to give up their industrial real estate and as tenants sell their real estate, make more money, and buy more businesses, expand their businesses, and grow. There are actually hundreds of thousands of opportunities for people making more than $10 million in industrial buildings, gross, throughout the United States. So, there’s a massive wave of just normal people doing business outside the big behemoths. Obviously, you’re going to see in the news, you’re going to see some more paring back and cutting back, but there’s always going to be M&A. There’s always going to be mergers because the way that businesspeople make money is they get their companies successful, they get their bottom-line revenue, they sell it on, they buy their next company and they aggregate. We’ve seen a massive move of aggregation across the United States and throughout the world actually, as we become more and more efficient. So, industrial is some of the best opportunities, the people on their way up being bought by a PE (private equity), being scaled. I will look at the big companies as a sector, but at the same time they’ve been gobbling up the market rapaciously. I’m an anti-monopoly capitalist, so, we kind of vote on those people in the middle.

From a portfolio construction perspective, I’m someone who needs to have an investment strategy and I need to construct my portfolio. Typically, investors are in traditional assets, equities, bonds, cash, listed property… and your problem varies. For you to be able to generate growth, you are heavily dependent on equities, international domestic equities. What commercial real estate and other global alternative asset classes are bringing to the table is consistency and reliability of returns. You’ve got a tangible, real asset with a tenant in it that’s paying a monthly rental and that escalates annually. So that’s stability and reliability. Secondly, it just brings a different opportunity set to the table. In other words, your toolkit just becomes more to generate growth. What are we looking for? We are looking for the second part of my portfolio that needs to behave differently during the same market cycle and that is why commercial real estates bring it to the table. That core of my property behaves differently to let’s say my equity investment. For example, equities with people that don’t want to take risk came down quite aggressively since the beginning of the year, whereas we kept on getting 8% income per annum out of commercial real estate on an international basis and total returns of between 15 to 18%, despite the volatility in markets.

Despite crazy political life, the US free markets are radically powerful – Dunning

One of the things about America that’s been so interesting is this is the perfect time in our fiscal growth cycles as it relates to our justice system. America has a pretty crazy political life right now, but the power of its engine is much greater and really still radically owned by the citizens and the businesspeople here. So, pretty much you can do business in America, you can say whatever you want, you can basically do whatever you want here and although it seems like there’s this political drama, our free markets are radically powerful. They’re very resilient, receptive and the amount of international capital that continues to come here and behind our dollar. So, structurally, as I like to say, as an American, we’re not better than anyone, but we’re really blessed. Just a perfect amount of elements and timing and our market, our physical geography, our resources. It’s kind of a Goldilocks of Western civilisation over here. We have a lot of power, a very big economy and the bigger an economy, the safer the economy.

Investing in countries like the US, UK or Europe gives wealth protection, peace of mind – Picken

Why do people invest in the likes of America or England or Europe? It’s wealth protection, protecting their capital. It’s a hedge against deflation of a currency. There are good laws like you’re going to own your property. It’s not going to be taken away from you. So I tend to say, there are three reasons why people invest in first world currencies like America: it’s wealth protection, it’s a plan B and it’s peace of mind. Ultimately, the wisest thing you can do as an investment is diversification and America at the moment is the darling of the investment world – and industrial is the darling sector of America.