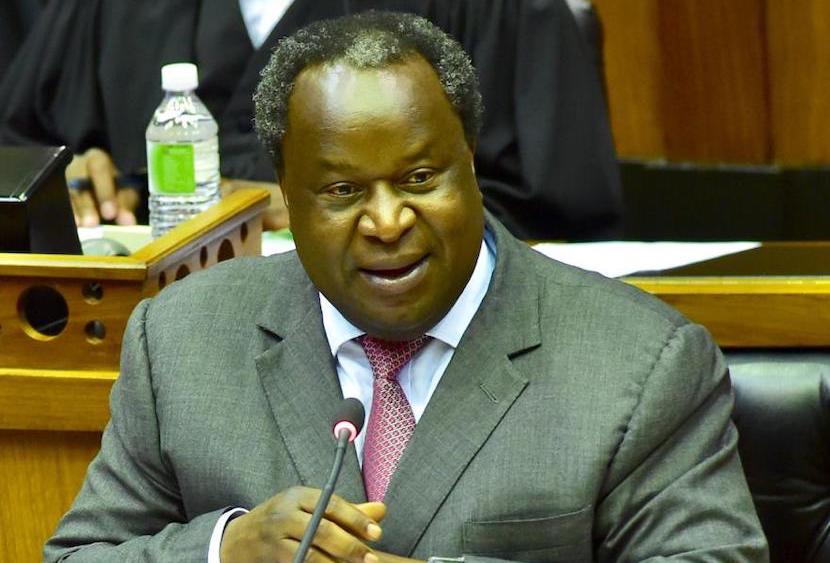 SA’s colourful finance minister Tito Mboweni cracked his customary jokes in a relaxed Presser ahead of today’s Budget Speech. And he hardly missed a beat during the flurry that followed the live tweeting of his obviously embargoed comments by an SABC staffer (a first for “lock-up” which led to the ejection of all SABC personnel).

But deep inside, the former SARB Governor and chairman of some of Africa’s mightiest companies, knows the structuring of South Africa’s books is the gamble of his life. Mboweni deviated from his natural conservatism, throwing away his central banking book. And like his boss Cyril Ramaphosa whose SONA referred to faith and prayers, there’s something of trusting in Providence in Budget 2020.

The combination of corruption, incompetence and excessively powerful trade unions has put South Africa up a financial creek with nary a paddle in sight. Ramaphosa warned us in SONA that the national priority right now is to address the fundamentals. And topping that list is the massive disaster called Eskom.

One day someone will work out the true cost to a nation of the thieves who infested Eskom’s boardroom and seats of operational power. After absorbing the scale of the damage, it should be a national obsession to get the Gupta brothers and their local associates – Pamensky, Essa et al – into orange onesies.

Treasury’s documents accompanying Budget 2020 gave us a reminder of the eye-popping scale of the impact of their plunder.

Immediately quantifiable is the R133bn in direct bailouts that taxpayers have given Eskom over the past dozen years. There is another R112bn in cold cash going the same way in the next three years. Plus a minimum of an annual R23bn for the seven years thereafter. Add those taxpayer injections together and you come to a handy R400bn, or around a quarter of all the taxes the State will receive in the 12 months to end February 2021.

But that’s only the start.

A year ago, when Eskom was regarded as a disaster but not an existential threat, Tito and his team at Treasury happily forecast a 1.5% economic growth rate for 2019. Primarily due to Eskom’s rolling blackouts, the result was a pathetic 0.3%.

That collapse in economic growth led to a R63bn shortfall in the revenue projections. To their credit, the team at Treasury managed to keep the overshoot from their Budgeted spending down to a relatively modest R17bn. But put them together and suddenly there’s an R80bn reverse that sent the Budget deficit soaring to 6.3% of GDP, the highest on record barring the blowout (to 7.1%) in pre-democracy 1993.

In the light of this reality, Mboweni and the technocrats faced a difficult choice when crafting the 2020 Budget. The orthodox approach would be to raise taxes and try to cut spending to bring the deficit back to Moody-satisfying levels. Failure to do so would almost certainly lose SA its final Investment Grade debt rating.

As we see in today’s Budget, they decided against it. There is no VAT increase, no wealth tax or any of the other levers which could have been pulled. And on the spending side, there’s a 5% increase baked in and we have a vague promise that Treasury will cut R160bn from the public sector wage bill by freezing inter-band salary increases and the like.

The result is an expansion on all the ratios global investors demand that nations live by. The budget deficit will expand to 6.8%. Government debt rockets into un-chartered territory, rising as a percentage of GDP for the ninth successive year to a fresh peak of over 65%. There’s a sense of realism, too, in the projection that it will keep growing for the next two years and hit 71.6% in 2023.

So what’s the play?

In his speech Mboweni pointed to some triggers that could lift economic growth, among them the Ramaphosa Investment Drive, the president’s “reform agenda” and the change in the energy model.

Tellingly, he also cites the surge in PGM prices. That, perhaps, is the divine intervention SA’s policy makers are hoping for. It wouldn’t be the first time that resources have come to the country’s rescue.

Cynics are right when they point out that this is hardly the greatest way to plan a nation’s future. But right now, thanks to the nine lost Zuma years, SA has run out of options. For the moment anyway.