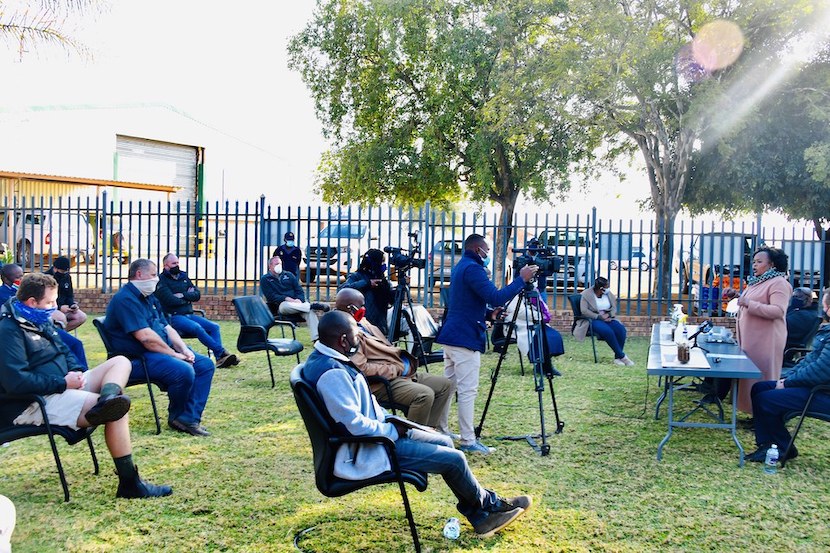 Ted Black is a specialist on dissecting company reports, with a focus on Return on Assets Managed. In this piece, he applies his analytical skills to the Covid-19 crisis and containment measures. Like the group of actuaries, mathematicians and economists, PANDA, he concludes that great economic harm has been caused with no real health benefits. This is not just a mistake made by South Africa’s government. As Black notes, there is a clamour for additional lockdowns in many countries amid Covid-19 fear. – Editor

Not “Bewitched” but “Bothered, Bewildered and Buggered.” With Covid-19 there are two things we can definitely confirm. First, don’t believe experts’ models but don’t ignore them either. Secondly, what’s mismeasured is mismanaged.

For those who have survived the pandemic so far, we aren’t bewitched but are certainly bothered and bewildered. However, for all those who own businesses or are employed by one, it’s another matter. Forgive the use of an offensive “B” word, but so many have been buggered – well and truly so.

Mark Lamberti gives good reason for that in his pithy comment at the end of Hilary Joffe’s article in last Sunday’s Business Times: “Individuals with no conception of their own economic and commercial ignorance, nor the slightest understanding of the second and third-order effects of their decisions, are imposing poverty on millions of South Africans.”

His comment doesn’t only apply to South Africa. Innumeracy and ignorance about business fundamentals, and how best to measure performance, abound the world over. They exist not only from top to bottom in companies but amongst those who influence and decide a nation’s policies.

As nurseryman Otine, a delightful but puzzled Malawian, asked my wife early on during lockdown, “How can so many companies close down in a few weeks?” He is not alone. Political leaders and their advisors have no clue either. Cash flow and the responsibility of employing people is not something that concerns them.

The result of the response to a virus that hits the elderly hardest but kills a small number in the general population has been to suspend democracy, the rule of law, and deal a body blow to the existing and future livelihoods of millions of people

Academic experts, politicians and government bureaucrats with guaranteed salaries paid through taxes generated by the economy, ordered the lockdowns. Couple their ignorance to a belief in models with scenarios based on worst-case assumptions, get mass media involved to spread alarm on the internet, and you have all the ingredients for widespread hysteria and fear.

The result of the response to a virus that hits the elderly hardest but kills a small number in the general population has been to suspend democracy, the rule of law, and deal a body blow to the existing and future livelihoods of millions of people in the prime of their lives.

You only have to look at a few simple measurements to show that. Below is a 3σ process control chart that plots England & Wales deaths by week since the start of 2020 (Panda is doing a superb job on the South African stats, but I find the UK ones easier to access and use as an example). Natural process limits and average are based on five years’ data for the first 26 weeks of each year.

The Covid effect on the weekly death curve shown in red will be typical for every country around the globe. The demographics differ by nation but also share much in common.

Those over 65 years – 18% of the population (11 million people) – accounted for 89,3% and a recent report claims that 20% of them had dementia, apart from other serious illnesses.

Now look at a wider context. This is an updated version of the chart I used in early May when suggesting we could commit economic suicide with our lemming-like approach to the pandemic. Again, the Covid effect is shown in red.

For ten years, people aged 65 and older, accounted for 85% of all deaths. As for the Covid-19 virus effect, it gives us only two data points out of 246 above the upper limit (0,8% of the time period!) before falling below the seasonal average.

After looking at the two charts, can anyone seriously believe that lockdowns worked? Can governments prove that the value to citizens is greater than the huge costs incurred – ones that have struck a massive, long-term economic blow but also caused enormous damage and pain to personal, family, community, and working relationships?

Unbelievably, some people still clamour for even more Covid-19 lockdowns as soon as there’s a slight uptick in any of the measures being used. If that is not bewildering, I don’t know what is. The only question anyone can ask is: “WTF is going on around here?”

I have experienced two pandemics. One in 1957, and the other in 1968. Both killed millions of people worldwide when populations were far lower, but I was hardly aware of the “Hong Kong Flu” in 1968 when living in London. There were no stock market crashes, wrecked economies, curfews, bans on public gatherings or international travel. Neither was there in 1957 which I do recall a bit more.

Named “Asian Flu”, the virus struck my boarding school in October. The medical advice in those days was simple: Keep calm. Go to bed. Drink lots of water. Eat lightly.

A dragon of a matron – bless her – made sure we did. After a few days, maybe a week or so at most, we recovered and got on with life.

However, because it’s in our nature, we tend to overreact to events. We don’t measure the system we manage and therefore cause more side effects and imbalance

The virus attacked young and old and some schools and factories did close. It went on to kill people every winter until 1968. That’s when the Hong Kong flu virus arrived – also killing more than a million people around the world when it first struck.

Some events of the time do stick in my mind. There were intensifying Cold War fears aroused by the Sputnik launch and sabre rattling with atomic bomb tests; Paul Anka’s “Diana” was Top of the Pops; it wasn’t long after Britain’s Suez fiasco and then came Russia’s tank led invasion of Hungary to reassert its malign and despotic system of government.

In fact, Soviet Russia’s authoritarian approach gives us one clue as to a leading cause of this massive blunder by leadership around the world and here in South Africa. It may also explain some of the reactions by the PC brigade to the pandemic that we are seeing. They too are authoritarian in approach to life in needing to feel “safe”.

Western culture has changed a lot in the last fifty years and sadly its influence has spread widely. Instead of viewing citizens as autonomous, self-reliant and capable of coping with all the problems and challenges they face day-to-day, we now have authoritarian governments that view them as fragile and in need of protection and control.

Feelings have trumped reason. It’s a view on life that seems to be at the heart of the “new normal” – definitely not something to be embraced because the results of it are proving disastrous.

As for the management of South Africa, as with a company so with a country. Concentration and focus is the key to results. The 80/20 Rule of focus applies everywhere but we find it hard to apply. Planet Earth is balanced. It works on input: output ratios. So does a virus it seems – especially one that wants to survive for the long haul. You don’t have to be a virologist to see that.

The goal we desperately need to act on is a two-fold one. It is not wealth redistribution and “job creation” for members of the ANC

However, because it’s in our nature, we tend to overreact to events. We don’t measure the system we manage and therefore cause more side effects and imbalance. Instead, we use binary measures and compare them to targets set on high.

We compare this number with yesterday’s, last week’s, last month’s, this time last year, the plan, revised forecast, and so and so on. Better than nothing but not helpful for pinpointing where to act and redesign the system for the better.

For South Africa, it’s as clear as dog’s bollocks where we have to focus after this fiasco. As the late Gavin Relly, Chairman of Anglo American, pointed out almost 40 years ago in 1983, “Our economy has low productivity. It does not generate anything like the wealth required to meet the social or economic demands of our developing society”. This lockdown has hurled us back many years.

The goal we desperately need to act on is a two-fold one. It is not wealth redistribution and “job creation” for members of the ANC (maybe 3% of the population?). We have had more than enough of that. It is to make the poor productive and to build a new generation of management – not bureaucrats. That means we must get the right brains to work on building a thriving economy.

The only way to do it is for all of us to work together. This crisis has been wasted. It has pulled us apart even further – especially hitting the poor and the young. We now have an even bigger one created by our government – it’s a crisis of the “new apartheid” and an extremely dangerous one.

Are we going to use it to good effect – to find and encourage entrepreneurial self-starters and innovators who can “Build Communities of People for Productivity” all over the country, or not?

The omens are not promising. Authoritarians cannot admit to their blunders and incompetence – they look for scapegoats instead. It becomes harder by the day for them to do so. The tide is running out and they are standing naked.