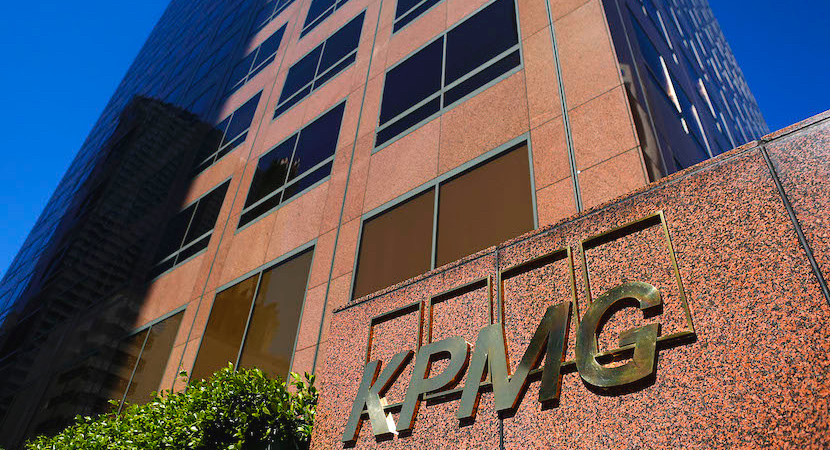 EDINBURGH — KPMG clients are going to get squashed running for the exit. It has taken a long time for many KPMG clients to absorb the enormity of the crimes the global consultancy has committed against South Africa – but the penny is finally starting to drop. KPMG’s role in widespread graft and ultimately the undermining of the economy and this fledgling democracy is worse than the obstruction of justice by US auditor Andersen’s. That auditing giant disappeared after the Enron scandal – which involved faulty audits of the energy and other entities. In South Africa, corruption largely goes unpunished as President Jacob Zuma has castrated the South African authorities as part of his state capture strategy. As evidence mounted in the public domain over the role of KPMG in corruption and state capture, Sygnia CEO Magda Wierzycka cut a lonely figure in the corporate world when she axed KPMG for at the very least “turning a blind eye” to Gupta theft and money-laundering. But now leading economist Iraj Abedian has delivered a powerful statement condemning KPMG. He has resigned as a director from a company as a matter of principle because tainted KPMG is the company’s auditor. He has highlighted three big reasons all companies should boycott KPMG now. And Absa bank looks set to join Sygnia and Abedian in cutting ties with KPMG. Meanwhile, the global media has picked up on the role of KPMG in corruption in South Africa. BizNews sources say KPMG partners were locked in discussion last night over what to do next as the #GuptaCurse hovers to to claim its next corporate victim following the collapse of Gupta-paid London public relations firm Bell Pottinger. Judging by their handling of the situation so far, KPMG SA CEO Trevor Hoole and his senior management team members will sit on their hands and hope the storm will pass. – Jackie Cameron

By Paul Burkhardt and Renee Bonorchis

The Guptas, originally from India and including brothers Atul, Rajesh and Ajay, moved to South Africa in the 1990s and are being accused of using their friendship with the president to influence government contracts and cabinet appointments. They deny wrongdoing.

“Instead of raising the alarm, these companies seemed to have played along,” said Lumkile Mondi, a senior lecturer at the University of the Witwatersrand, who was part of a group of eight academics who in May completed a study into how state-owned enterprises are allegedly being raided. The firms undermined South African laws “in pursuit of profit.”

Anti-graft organizations and the main opposition party are taking their fight overseas while waiting for South African prosecutors to act on allegations against the family. Many of those accusations are contained in a trove of leaked emails that local news organizations have reported on, indicating how the Guptas allegedly used their relationship with Zuma and other government officials to profit from government business.

Corruption Watch plans to approach the U.S. Department of Justice within two weeks to probe McKinsey, executive director David Lewis said in Johannesburg on Monday. Save South Africa, which includes civil-society groups and business leaders, has called on companies to drop KPMG because of the work it did for 36 entities tied to the Guptas since at least 2008. Both companies have started internal investigations into their dealings with the family.

“I don’t think the U.S. Department of Justice would take the accusations about KPMG or McKinsey lightly,” Magda Wierzycka, chief executive officer of Sygnia Ltd., a Cape Town-based money manager that has terminated KPMG’s services, said by phone. Companies in the country will stop using McKinsey if it had to be fined, while KPMG’s South African business would be “in trouble” if one large corporation had to fire it, she said.

SAP SE, a software company based in Walldorf, Germany, has also been ensnared in the scandal. It said in July that four South African managers were put on leave after media reports that the local unit agreed to pay commission to a firm in which Zuma’s son has an indirect stake for help in winning contracts. An independent investigation is still ongoing, SAP said in an emailed response to questions on Thursday.

Bell Pottinger LLP applied for administration on Sept. 12 after being expelled from a U.K. public-relations body for stoking racial tensions in South Africa while working for the Guptas. The complaint was lodged by the Democratic Alliance, the country’s largest opposition party, which on Thursday in a statement said it will request McKinsey’s local and U.S. representatives be called before a parliamentary committee’s inquiry into state graft.

“KPMG risks becoming the Bell Pottinger of the auditing profession,” Save South Africa said in a statement on its website. “Its fingerprints are all over the Gupta empire.”

The auditing firm failed to act when businesses controlled by the Gupta family diverted public money to pay for a wedding, according to the amaBhungane Centre for Investigative Journalism and Tiso Blackstar Group’s Sunday Times, citing emails known as the Gupta Leaks. Bloomberg couldn’t independently verify the information.

#BellPottinger down, #KPMG should be the next target for assisting the #Guptas. If you are a client of KPMG, best you reconsider.

South African business leaders have a responsibility to distance themselves from KPMG, Iraj Abedian, CEO at Pan-African Investments and Research Services in Johannesburg, said in an opinion piece in the Johannesburg-based news website Daily Maverick. He resigned as a non-executive director of Munich Re’s African unit because it kept KPMG as an external auditor.

McKinsey in July said it’s reviewing documents related to work done for South Africa’s state-owned power utility Eskom Holdings SOC Ltd. An interim report by Eskom and G9 Forensic found McKinsey and Trillian Capital Partners Ltd., a company linked to the Guptas, made 1.6 billion rand ($121 million) in fees and expected to make another 7.8 billion rand, according to amaBhungane and Scorpio, an investigative unit tied to the Daily Maverick.

Trillian was dropped by McKinsey when the company failed due diligence, the consultancy said in an emailed response to questions. It informed Eskom and Trillian in March 2016. The fees it made from Eskom were in line with similar projects, McKinsey said.

“Our investigation is ongoing,” it said. “We haven’t discovered anything that would require us to notify U.S. authorities.”

Barclays Africa Group Ltd. is reviewing its relationship with KPMG LLP as the auditing firm comes under scrutiny for work on behalf of South African companies linked to the politically connected Gupta family.

The nation’s largest lenders, including Barclays Africa’s Absa unit, last year closed bank accounts of businesses tied to the family, who are friends with President Jacob Zuma and in business with one of his sons. The former graft ombudsman alleged in November that Zuma let the Guptas influence cabinet appointments and the awarding of state contracts, which they deny. KPMG allowed Gupta businesses to divert public money to pay for a Gupta family wedding, according to the Johannesburg-based amaBhungane Centre for Investigative Journalism.

Absa met with KPMG, KPMG International and the company’s lawyers and was given preliminary feedback on some aspects of the auditing firm’s internal investigation into its Gupta work, the Johannesburg-based bank said in an emailed response to questions on Thursday. KPMG told Absa that it will provide more details when it presents the findings of its probe by the end of September, Barclays Africa said.

“After carefully considering the further information requested and the findings, Absa will be in a position to make a decision as to whether to continue to engage KPMG as its external auditors,” the lender said.

THREE STORIES YOU MUST READ! Why #KPMGmustfall: