British Prime Minister Boris Johnson, the posh boy with his Etonian and Oxford University background like so many Prime Ministers before him is a man on a mission; he wants to deliver Brexit come hell or high water. But he is not making friends along the way; yesterday he lost the majority in Parliament when one of his MPs walked over to the Liberal Democrats and 21 other Tory MPs decided to vote with the opposition to stop a no-deal Brexit. The “turncoats” as the right wing media labelled them have been sacked and will not be allowed to stand for the Conservative Party in the coming election. Barry Wood describes in his letter “from a relaxed England” how stoically the Brits and two and a half millions Europeans who have decided to make Britain their home is taking the palaver in Parliament and he found that they all just want to get on with Brexit. I note that Barry has been writing from the rural enclave of Gloucestershire and want to advise him to pop in to London where the attitude is certainly not the one that prevailed during the London blitz of “keep calm and carry on.” In fact, sheer panic and mutterings of ”bloody idiots are shootings themselves in the foot and it is a disaster” is more like it when you go to the “City” or Canary Wharf. There are protest meetings against a no-deal Brexit in London every day and the fact that the Brits know how to behave during marches is not an indication that they are not passionate about the issue. Many businesses and law firms have already established a foothold in Europe for the period after Brexit, but many will be adversely affected if duties are slapped on imports of food and services among other things from the European Union on the 31st of October. There is also a real worry in political circles that Brexit will lead to Scotland breaking away from the union and that the “troubles” that plagued Northern Ireland could return. – Linda van Tilburg

Letter from a relaxed England as October Brexit approaches

GLOUCESTERSHIRE, England: During the German blitz in the Battle of Britain, correspondent Edward R. Murrow marvelled at how Londoners stoically carried on amid the nightly horrors of aerial bombing. 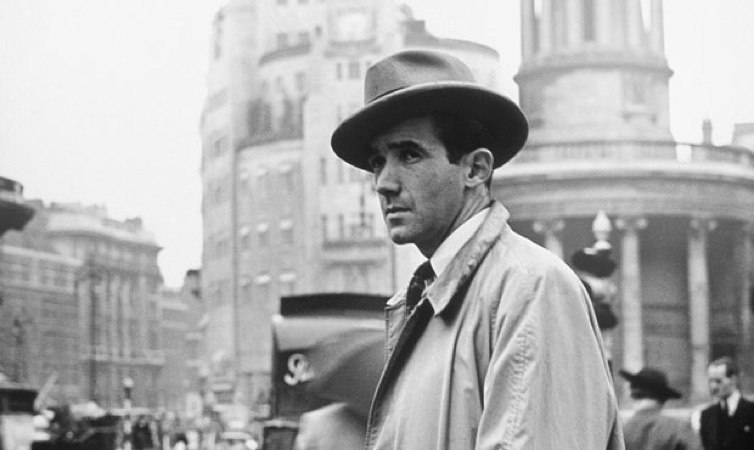 In an obviously different context, I find a similar mentality in England as the summer of 2019 ends. The message I take away from London and the countryside is, ‘we’ve had three years of continuous inconclusive debate, now let’s get on with it and leave the European Union no matter what on October 31st.’ This readiness to move on, I think, is why Prime Minister Boris Johnson’s suspension of parliamentary debate until mid-October has largely been greeted with a yawn. There’s been enough talking.

Of course, many important issues cry out for resolution. Foremost in the Irish border. But what about the nearly 2 ½ million EU born, non-British people living in the UK? I put that question to almost every person I met.

Whether in London or elsewhere, it’s clear that Britain would grind to a halt without foreign labour. Unemployment in the UK is at a 44-year low of 3.9% and in this vibrant economy there aren’t enough Brits to fill the jobs that exist. And that’s where the eastern Europeans come in. Their labour has contributed to the UK boom.

There are about 250,000 eastern Europeans working in Britain. And without exception the several I talked to, intend to stay. At a hotel/restaurant near Cheltenham here in the Cotswolds, I discovered that 30 of the inn’s 40 staff are eastern Europeans. They were lured to Britain by high wages and the English language. I spoke to five employees – from Bulgaria, Czechia, Latvia, and Romania – and not one professed to be worried about Brexit. A Czech waiter said, “I’ve been here five years. Something will work out. I’m absolutely not concerned.” The Bulgarian barman sniffed, “they’re not stupid here. Of course, things will work out.”

During the three years since the Brexit referendum, uncertainty and the need to plan prompted many east Europeans to leave. In 2018 76,000 departed but that outflow has diminished this year.

Some American commentators dismiss disheveled Boris Johnson as a brash frat boy who has morphed into a shoot from the hip populist. I suspect this is incorrect. Rather, it seems to me, Johnson is a decisive figure who will win concessions from the EU in advance of October 31st. Nobody – including EU negotiators – wants a chaotic no deal Brexit that disrupts trade and travel.

A deal is there if wise heads turns their minds to it. That’s why Johnson’s prorogation of parliament may be a master stroke. We won’t have Jeremy Corbyn and obstinate Tories yammering on about further options. The time for resolution has arrived.

After all, the blitz lasted eight months. The Brexit conundrum has droned on for more than three years.