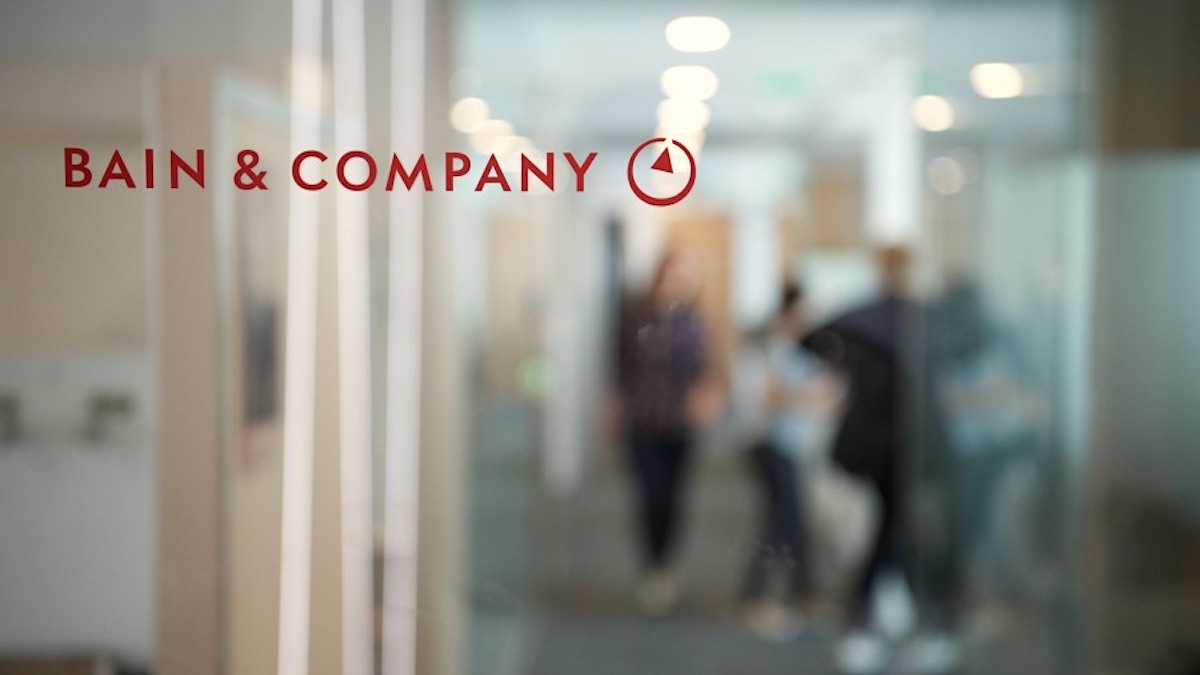 Stephen York, the managing partner of Bain SA, has written an open letter to South Africans – see below – apologising for the company’s participation in the capture of SARS and admitting that Bain made serious mistakes in the procurement and execution of its work there. “We kept working even as it became clear that the SARS leadership had a different agenda. Our work was used by others to further their agenda of state capture at SARS,” he writes. Manny Maceda, Bain’s worldwide managing partner, then continues: “Unfortunately, a false narrative around our firm has taken hold, where speculation and innuendo have overtaken facts and evidence. We have not spoken out earlier out of respect for the Zondo Commission and the importance of its work, which is now complete. Until now, we have let these misconceptions go unchallenged and instead have focused on remedying our mistakes. But the time has come to set the record straight.” Read the tweets from whistleblower Athol Williams as well to see what you make of the whole sorry tale. This article was first published on Politicsweb. – Sandra Laurence

An Appeal for Constructive Dialogue

To the South African community,

Over the last four years, you have heard and read a lot about Bain & Company. Some of it is true, but much of it is not. Recent headlines have made clear the need to communicate directly with you.

Like you, I am South African. I lead Bain’s business in South Africa, where we employ over 80 people, the overwhelming majority of whom are South Africans and only two of whom were involved – as junior staff members – in Bain’s work at the South African Revenue Service (SARS) from 2015-2017. We all joined Bain to help South African organisations grow, innovate, and excel.

We apologise to you. Bain made serious mistakes in the procurement and execution of our work at SARS, and we kept working even as it became clear that the SARS leadership had a different agenda. Our work was used by others to further their agenda of state capture at SARS. SARS was a source of pride for South Africans and we regret playing any role in the damage to this critical institution.

In 2018, prior to the conclusion of the Nugent Commission, we apologised and repaid all fees received from SARS. We installed new local, regional, and global leadership and upgraded our governance processes to ensure this could never happen again.

We stopped all public sector work in South Africa and have not done any since. The private sector reacted swiftly, stopping work with us and insisting that we address our shortcomings.  Some companies have resumed work with us, but only after rigorously reviewing our remedial actions.

Unfortunately, a false narrative has emerged about Bain that goes far beyond our actual failures and paints us as the embodiment of all state capture that occurred during the Zuma administration. This story is speculative and has been provided by people with no first hand knowledge of the work.

No matter the narrative, we are accountable for our mistakes at SARS. We detail our mistakes and separate the fact from the fiction at www.bain.com/sars [read below].

We want to improve our standing in the community. We started proactively reaching out to South African authorities in 2018 to offer our cooperation. We are prepared to have the tough conversations and we appeal to Government, the business community, and civil society to engage with us on a way forward. We are ashamed of what happened at SARS, but we would like to get back to the work of helping the South African economy grow.

Like you, I want nothing more than to see our country thrive. I know regaining South Africa’s trust will not be easy. We hope you will give us the opportunity to do so.

We want to make good our past wrongs and we remain committed to operating with integrity, meeting the high standards our clients expect and making a positive contribution to South Africa.

To the South African community,

Bain & Company first opened an office in South Africa in 1997. Since then, our local team has supported dozens of local organisations, both corporate and community based, and has helped many South African businesses to grow and prosper. We are proud of that work, the people who made it happen and their contribution to the country.

However, it is clear we made some serious mistakes leading up to and including our engagement with the South African Revenue Service (SARS). We are deeply sorry for those mistakes. Our involvement with SARS, which ended in March 2017, was a failure – for South Africa and SARS, and clearly for Bain too. We erred in our judgement in taking on a piece of work which contributed to damaging a critical public institution. In the process, we let down our clients, our team, and our alumni. Most of all, we let down South Africa and her people.

After a thorough investigation by the law firm Baker McKenzie in 2018, which reviewed our work at SARS in detail, we better understood the mistakes we made and acknowledged and apologised publicly for them. These specific mistakes were:

We deeply regret these mistakes and are committed to ensuring that they are never repeated—in South Africa or anywhere else. We installed new local and regional leadership, established a South Africa Oversight Board, instituted a Global Risk function with an initial focus on public sector work following our experience in South Africa, and established a global whistle-blower hotline. In November 2018, we repaid all fees plus interest that we received for our engagement with SARS.

Why we are speaking now

Unfortunately, a false narrative around our firm has taken hold, where speculation and innuendo have overtaken facts and evidence.

We have not spoken out earlier out of respect for the Zondo Commission and the importance of its work, which is now complete. Until now, we have let these misconceptions go unchallenged and instead have focused on remedying our mistakes. But the time has come to set the record straight.

The publication of the Zondo Commission’s final report has provided South Africa and the world with a clearer picture of how state capture unfolded. The final report outlines how many professional service providers in the private sphere, such as advisers, auditors, legal and consulting firms, were used to mask the corrupt nature of state capture. We regret that Bain was one of these consulting firms.

As a firm we are always accountable, and we recognise that we must accept responsibility for allowing Bain’s name and Bain’s work to be used to support state capture. This was avoidable – there were enough red flags that went unheeded. We chose instead to presume trust in our local office head. We have since put in place leadership changes and remedies to ensure this is not repeated.

Bain does not, however, accept that its representatives knowingly participated in state capture or an effort to damage SARS.  Bain did the SARS work in good faith with every intention of helping to make SARS an even better organisation. Baker McKenzie’s subsequent investigation was extensive but ultimately could find no evidence of any intention by anyone at Bain to destroy or undermine SARS. Further, as part of Baker McKenzie’s investigation into Bain’s SARS work, a forensic accounting firm was engaged to conduct a detailed review of Bain’s banking and accounting records and found no evidence of any money flows from Bain to any government officials.

Our investigations and the investigations of both commissions of inquiry revealed many mistakes, which we acknowledge and regret, but they found no evidence of criminal behaviour. Neither commission of inquiry recommended Bain be prosecuted, unlike the many other individuals and entities that the Zondo Commission directly implicated in state capture and recommended should be prosecuted. We participated in both commissions of inquiry as best we could at the time, although we recognise with hindsight that we could have done more. We have offered our full cooperation to the relevant authorities and will continue to do so; we did not attempt to silence anyone’s testimony.

This site lays bare the facts, supported by evidence. We have shared a detailed response to the most misleading claims made against Bain, as well as our sworn affidavits to the Zondo Commission and Nugent Commission and other relevant documents, including an overview of Baker McKenzie’s investigation into Bain’s work at SARS. We have also included details of the remediation actions we took and the new processes we put in place several years ago in the aftermath of SARS.

While we know regaining South Africa’s trust will not be easy, we are committed to the cause. It is our earnest desire to make good our past wrongs and we remain committed to operating with integrity, meeting the high standards our clients expect and making a positive contribution to South Africa.