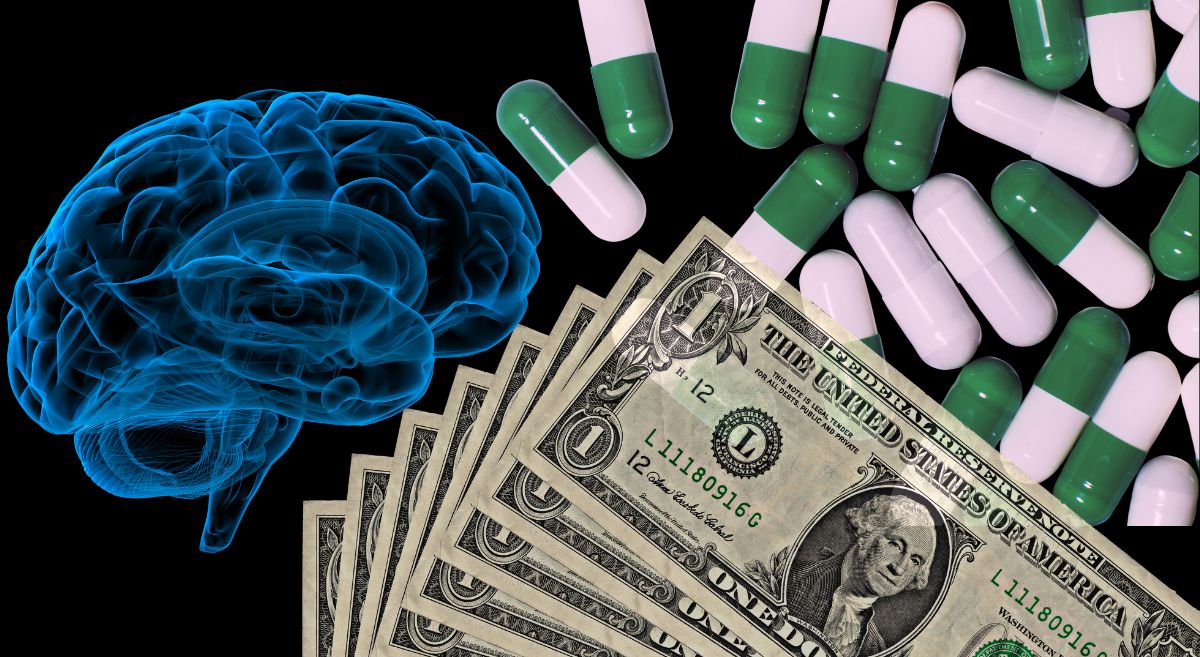 A new review released this week which found that depression is not necessarily caused by a chemical imbalance questions the steadfast beliefs that have formed the basis of the treatment of depression for decades. And Professor Colleen Aldous, a healthcare scientist at UKZN’s College of Health Sciences, believes that Big Pharma was, and always has been, privy to the fact that the science supporting the link between depression and a chemical imbalance was tenuous, at best. The authors of the review implicate Big Pharma as being party to this decades-long deception by saying, “…it is possible that claims about serotonin made in some papers may reflect marketing techniques to maximise the profile of the serotonin theory.”  – Nadya Swart

The work of University College London scientists found that the world may have been duped for decades into believing that a chemical imbalance, specifically serotonin, causes depression. In a simple yet elegant review of highly cited research, Benjamin Ang and colleagues have shown how a theory was posited and then converted into ‘fact’ in the minds of the public and the medical profession through clever marketing.

NOTE: This article is presented as a comment on a published research paper and in no way endorses people changing their treatment regimens without consulting their doctor. All prescription drug regimens should be developed in consultation with a doctor. This paper challenges the use of antidepressants but does not deny any other possible benefit that can be derived from them.

It was in the 1960s that the chemical imbalance theory was posited. By the 1980s, based on this theory, selective serotonin re-uptake inhibitors (SSRIs) were marketed globally. The idea that depression was a result of a serotonin imbalance became embedded as fact rather than theory in the psyche of the public due to direct marketing to the medical profession and public by pharmaceutical companies. Since the 1990s, the pharmaceutical industry has capitalised on this with patient information leaflets and direct-to-consumer advertising perpetuating the theory, for which there has been no apparent proof. Ang et al. cite the example of a Pfizer’s Zoloft direct to consumer advertising campaign which stated that “while the cause is not known, depression may be related to an imbalance of natural chemicals between nerve cells in the brain” and that “prescription Zoloft works to correct this imbalance”  – a subtle conversion of a theoretical possibility into a fact that can be treated with a tablet.

The continued assertion of the serotonin theory in popular literature and the media ‘confirmed’ the theory, leading more people to believe that depression is a result of a chemical imbalance. As a result, SSRI use escalated dramatically. Ang quotes that by 2017, 17% of Britons had been prescribed an SSRI. The trend is similar across Europe, the USA and China, with people increasingly taking them as chronic medications. SSRIs have become a multi-million dollar product line.

Not everyone was equally convinced, however. Some clinical scientists questioned the serotonin theory in the 1980s and 1990s, but their voices did not have the same reach as the marketing strategies that sold SSRIs. Since 2000 there has been increasing scepticism of the serotonin theory, with some leading psychiatrists referring to the chemical imbalance theory for depression as an ‘urban legend’. Even though there was criticism, it is worrying that a theory has become so well established as to be defended by academia.

So when did Ang et al. start to debunk the theory? In a simple yet well-designed desktop study, they looked at primary research articles and reputable textbooks from 1990 to 2010, which was when the serotonin theory was at its zenith.

They took the 30 most highly cited articles on depression and serotonin found on Google Scholar, the most extensive trawling net for academic literature for papers written in English. The average citation rate was well over 600 for each paper, some reaching over 1,000. The citation rate indicates how often papers are referred to in new research as generally supportive of the new claims. A citation rate of over 100 is considered very good. The majority of these articles included a discussion on the serotonin theory. Eleven of these supported the serotonin theory stating that there was significant evidence. Only one paper challenged the theory. The textbooks acknowledge the serotonin theory and, in most cases, support it.

Ang et al. conclude that the academic literature did much to support the adoption of the serotonin or chemical theory of depression to become accepted in both medical practice and the public. They quote the social scientist Nikolas Rose as saying the theory caused us to see ourselves as neurochemical beings, even though there is evidence that people favour psychological or social explanations for depression over a biological one.

A very telling statement by the authors implicates big pharma as being party to this decades-long deception by saying, “…it is possible that claims about serotonin made in some papers may reflect marketing techniques to maximise the profile of the serotonin theory.”

Moncreiff, the senior author of this paper, is about to publish her findings showing no convincing evidence of serotonin imbalances in people with depression. It will be time to go back to the drawing board on research into depression.

The scientific process is something society should be aware of. Scientists make assertions. They argue for and against them. A consensus is created. And sometimes, that consensus is built on firm foundations, and the claim can stand unchallenged for a long time or indefinitely. In the case of the chemical imbalance theory for depression, claims are now being challenged. Arguments will and should proceed, and we should work towards a new consensus.

Ang B, Horowitz M, Moncrieff J. Is the chemical imbalance an ‘urban legend’? An exploration of the status of the serotonin theory of depression in the scientific literature. SSM-Mental Health. 2022 Dec 1;2:100098.