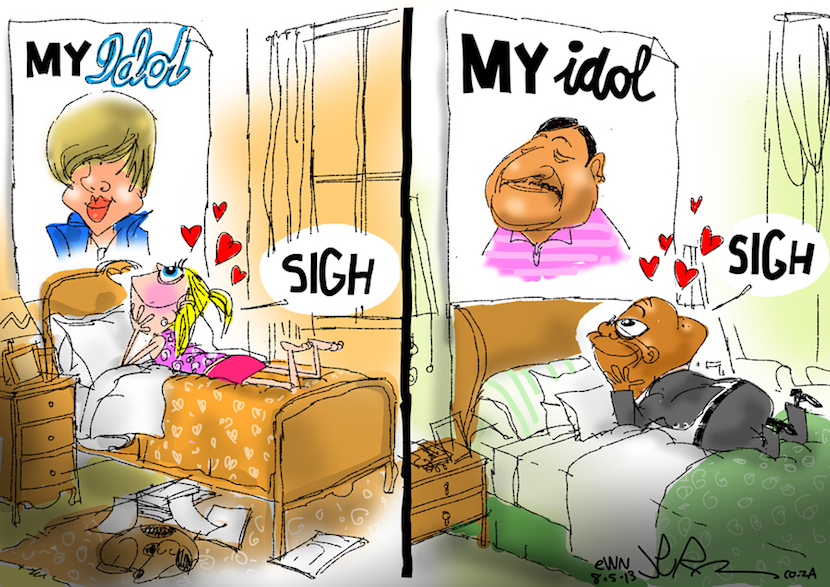 The National Treasury is taking aim at business deals involving the family of South Africa’s President Jacob Zuma and the rich Gupta family, from India. It has promised to take state-owned enterprise Denel to court to challenge the creation of a private vehicle to facilitate military weapons and defence systems deals with Asia. Denel is South Africa’s defence and aerospace business. It is one of several government-linked organisations in the spotlight as the country’s revenue service intensifies investigations into transactions involving huge sums of taxpayers’ money on one hand and the Zuma and Gupta families on the other. Also this week: the National Treasury issued a statement noting that the most senior executives of state utility Eskom were refusing to cooperate with an investigation into irregular coal deals – with Eskom buying and the Guptas selling. President Zuma’s son, Duduzane, is a key link in the Zuma-Gupta (Zupta) deals. The President appears to be using his influence among his allies who have been stationed in strategic posts across government, state-run organisations and business to create optimal conditions for transactions that ultimately entail shifting taxpayers’ money into private hands. – Jackie Cameron

Johannesburg  – The DA has welcomed the alleged plans by National Treasury to take state-owned enterprise (SOE) Denel to court.

This follows reports in the Sunday Times this past week that Treasury allegedly issued legal letters to the defence company to halt a deal with Gupta-linked VR Laser Asia.

Denel was mired in controversy over the past few months, following allegations that Denel had not secured a Section 54 application of the Public Finance Management Act (PFMA), which allows state-owned companies to launch partnerships and joint ventures

Sunday Times reported that Denel formed the VR Laser Asia partnership in December, without Treasury’s permission as required by the PFMA.

However, at a financial results announcement last week in Centurion, acting group financial director, Odwa Mhlwana said that the SOE had “closed its books” on the issue completely.

Previously, Fin24 reported that Mhlwana said the defence company believes its “vehicle” to access the Asian market was approved and that following thorough analysis with its shareholders it was agreed the company was not at fault.

He went on to say that if Treasury still has a problem, they can take it up with the Department of Public Enterprise.

Brilliant analysis: #GordhanGate – The Good, the Bad and the Ugly

Denel’s interest in Asia will not be swayed for the time being. “We are focussing on what is best for Denel. And that is business in the Asian market.”

In a statement, the DA said it welcomed the move by Treasury to take legal action.

“I will be writing to the chairperson of the portfolio committee on public enterprises to request a combined meeting between Treasury, Denel and the Department of Public Enterprises to get to bottom of this joint venture once and for all,” stated Natasha Mazzone MP, DA shadow minister of public enterprises.

Where is Lynne Brown the Minister of Public Enterprises? SAA, Denel, Eskom and SA Express all falling over.

In its statement the DA highlighted that VR Lazer SA is 64.9% owned by a Gupta business partner, Salim Essa. It is partially owned by a company, Westdawn Investments, whose majority shareholders are Duduzane Zuma and Rajesh Gupta. VR Lazer Asia is 100% owned by Salim Essa.