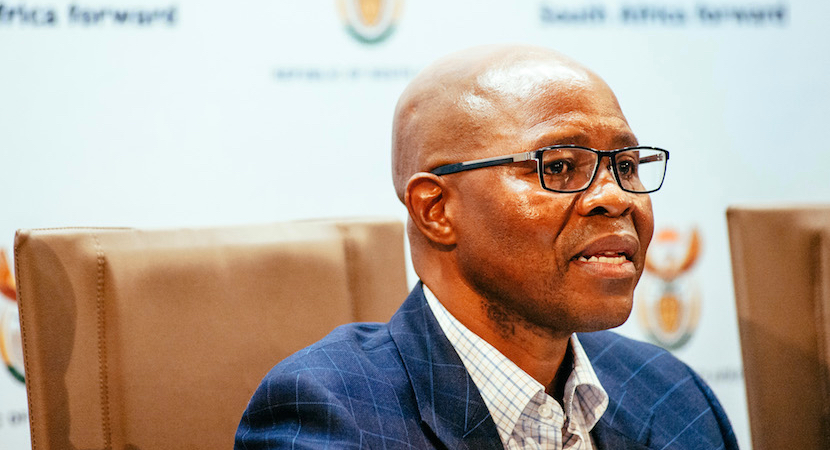 JOHANNESBURG — Two years after journalist Pieter-Louis Myburgh broke a story about deep-rooted corruption at Prasa, a court has ruled that the rail agency’s R3.5bn contract with Swifambo Rail Leasing be set aside. The tender became synonymous for delivering trains that were too tall for South African rail standards. The ruling is a vindication for corruption fighters and journalists such as Myburgh. The spotlight, inevitably, will now fall on Deputy Finance Minister Sfiso Buthelezi who was chair at Prasa at the time. When the story broke about the tall trains, Buthelezi famously said his hands are clean. However, reports have recently emerged about a Treasury investigation that found that Buthelezi and his Prasa board members should be criminally charged for contravening the PFMA Act in the awarding of at least 30 contracts. Out of 216 contracts worth R19bn, only 13 were found to be above board, according to reports. Add to that, Buthelezi also stands of accused of nepotism and having enriched himself amid reports that he and his brother directly benefited from Swifambo contracts. Now that he’s in Treasury, will that institution act? – Gareth van Zyl

Johannesburg High Court Judge J Francis on Monday ruled that Prasa’s R3.5 billion contract with Swifambo Rail Leasing for new locomotives, which was signed in 2013, must be set aside. The contract value later ballooned to more than R5 billion, of which nearly R4 billion has been paid by Prasa to Swifambo.

The court, in its ruling, cited concerns over the apparently corrupt manner in which the contract was awarded.

“Corruption will triumph if this court does not set aside the tender,” the court found.

‘Forcing’ the Hawks to do their jobs

Molefe says the ruling vindicated the board’s earlier concerns over the apparently corrupt manner in which Prasa, under the leadership of former CEO Lucky Montana, awarded the contract to Swifambo.

The company at the time had no footprint in the rail industry and subsequently sub-contracted Spanish manufacturer Vossloh Espana to supply the 70 locomotives required by Prasa.

“We have been vindicated by the court, it is very clear that corruption is a menace to our society, and we must not tolerate it,” Molefe told News24.

“We expect Vossloh to take the locomotives back to Europe. As far as we’re concerned the contract is unlawful and never really existed,” added Molefe.

The board chairperson also stressed the importance of seeing through Prasa’s separate court bid to compel the Hawks to properly investigate the more than forty criminal charges the board has laid against individuals and companies involved in allegedly corrupt Prasa contracts.

The Prasa board in late 2015 approached the High Court to review and set aside the Swifambo contract following a series of exposés by Rapport newspaper detailing the unsuitability of the Spanish-built Afro 4000 locomotives.

The court case has seen the airing of dramatic claims of corruption related the contract, including a claim that the ruling ANC was an indirect beneficiary of the deal.

Rapport revealed in January 2016 that some R80 million had been channeled by Swifambo and its managing director, Auswell Mashaba, to Angolan businesswomen Maria Gomes and politically-connected lawyer George Sabelo. Both individuals had close links to President Jacob Zuma and his family.

Molefe later claimed in papers filed in the Swifmabo case that Mashaba had once admitted to him and other Prasa board members that when Gomes first approached him to make payments to her, she had claimed that she represented the ANC and that ten percent of the locomotive contract’s value needed to be paid to the ruling party.