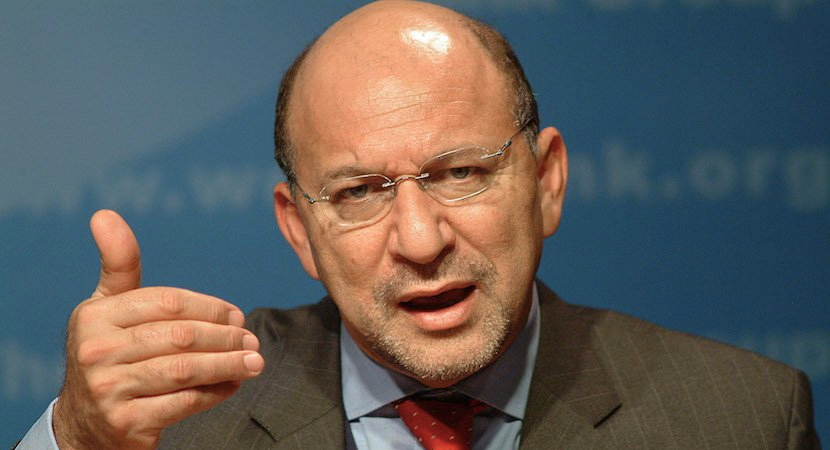 JOHANNESBURG — Former Finance Minister, Trevor Manuel, for years has been outspoken about his displeasure over the Zuma years. But his latest evidence at the Zondo Commission of Inquiry into State Capture serves as probably his most stinging criticism yet. Manuel decried Zuma’s relationship with the Guptas as well as how the country’s once-proud managing of the economy was thrown to the wayside. Today, we live with the consequences of those years and it could take decades to fix. The only thing we can be thankful for is that all the dirt from the Zuma years is now being publicised and dissected in full view of the public on a daily basis. Hopefully, law enforcement will follow next. This article below first appeared in the Daily Maverick. – Gareth van Zyl

Testifying at the Zondo Commission, former finance minister, Trevor Manuel gave evidence about an August 2011 ANC meeting when an “emotional” former Sports Minister Fikile Mbalula had revealed to 80 leaders of the ANC that a Gupta brother had told him of his promotion to Cabinet before then president Jacob Zuma had told him of his appointment.

“The essence of that discussion was of an abdication of authority (by Zuma). I have not the slightest doubt that that abdication is in evidence in that example,” said Manuel, who said the pattern of abdication became even more serious.

Manuel is giving evidence on how Cabinet appointments are made and how the practice changed under Zuma when the Gupta family came to exercise an over-sized influence in how appointments were made.

It eventually saw former Finance Minister Nhlanhla Nene fired in December 2015, said Manuel. His successor, Des van Rooyen, came to the Treasury with advisers who had spent the previous week at the Gupta family’s home in Saxonwold, according to the former Public Protector Thuli Madonsela’s State of Capture report, said Manuel by way of example.

Ajay Gupta has refused to appear before the commission but denied Manuel’s account through his lawyers. He said Manuel had misidentified him for his brother Atul and all that his brother, Atul Gupta, had done was react to media speculation and congratulate Mbalula early.

Manuel said Ajay Gupta should come back to South Africa to testify in person.

Manuel said his view was that Mbalula “felt violated about being told” by the Gupta brother about his promotion, rather than by Zuma.

“My recollection of that NEC (meeting), was there was a tense discussion about the influence of the Guptas (on the ANC),” Manuel revealed to the commission, which is chaired by the deputy chief justice Raymond Zondo.

“What started out as a political overview by the president (Zuma) became in a discussion from the floor one of ‘Why are the Guptas as influential as they are?’,” said Manuel. “When it came to the opportunity for Mr Mbalula to speak in that meeting, he became very emotional.” (Read: Fikile, do you remember the tears you shed over the Guptas?)

Mbalula, whom Manuel said was in tears, became the first minister to reveal that the Gupta family had told them of their appointment to Cabinet.

There was a sense that “It should never have been the Guptas who told him that. Presidential prerogative had been violated. It was the sense of the violation of the constitutional prescripts of the prerogative of the president that had been violated by somebody who knew before he was entitled to. That is the big issue and it goes to the heart of the re-purposing of the state (for the purposes of State Capture),” said Manuel.

Earlier in his testimony, Manuel also said Eskom hangs like an albatross around the neck of South Africa.

“The collapse of the state-owned enterprises reflects the fact that the powers given to these enterprises were exercised without the necessary care and attention to detail,” Manuel said.

“The Budget tabled last week shows Eskom sits like an albatross around the neck of the fiscus. None of us can ever allow Eskom to go down, but having it (the albatross) means we increase the burden of debt,” said Manuel.

He spoke about the condition of state-owned companies as an example of how governance frayed even in a period (under Zuma) when the size of the Cabinet exploded. He said the Public Finance Management Act enshrined a “duty of care” for public office-bearers but this had failed in execution.

“Eskom in its history was an exceedingly strong institution – Eskom had a stronger credit rating than the sovereign (South Africa) and we would look to Eskom with a sense of jealousy.

“Eskom had surplus generating capacity and six power stations were mothballed. The situation in the last decade is that all of that has come apart,” said Manuel.

He said State Capture started when office-bearers, from the president down, began to violate the oath of office.

“If we are cavalier about this, that’s where State Capture starts. If those words lose meaning, then conduct can’t follow,” said Manuel who reflected on Eskom and state-owned enterprises as an example of the outcomes of State Capture.

“The costs of energy (today and) into the future are not as predictable as they ought to be. When the credit rating of a state suffers, it means as a country we have to borrow at much higher costs. Then the ability of the state to provide services to the people is diminished. If decisions are taken for the benefit of private individuals then the costs are borne by all of society and especially by the most vulnerable,” said Manuel. DM