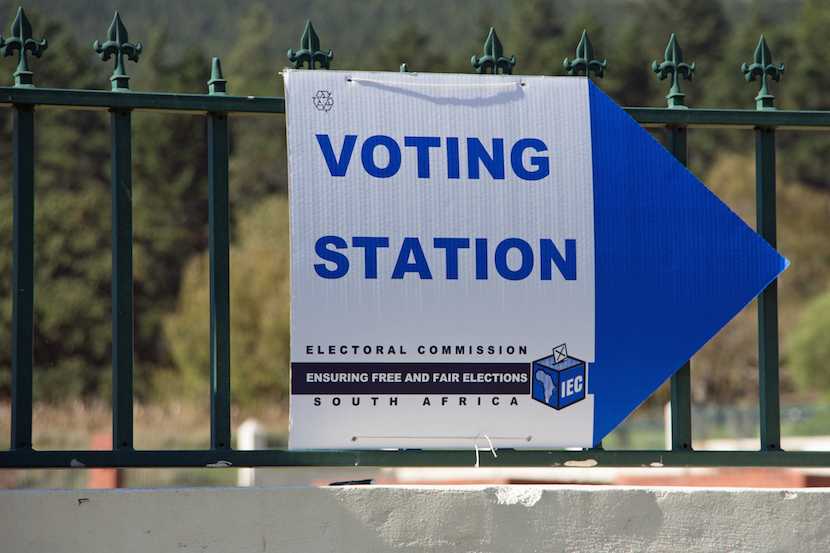 LONDON — South Africans feel the reality of the years of corruption and looting under the leadership of President Jacob Zuma on a daily basis. It looms large when load shedding by Eskom is introduced, at the Zondo, Mpati and Nugent commissions and in daily activities of citizens trying to navigate roads with pot-holes, travelling on packed trains or accessing public services. And the effect is not only felt on national government level; it has reached the far-off corners of many municipalities. On 8 May, South African voters have a chance to say what they think of corruption, but the options are not that clear on who will best be able to clear up the mess that the looters have left. Every single party is fighting on a corruption ticket, promising that they will be able to steer the country out of its corrupt past. Voters will have to sift through the promises that political parties are known to be so keen to dish out during elections to find the best corruption buster. Judith February from the Institute for Strategic Studies has delved into the policies of the main parties to understand what steps they intend to take to fight corruption. – Linda van Tilbur

What do party manifestos actually say about corruption?

Corruption has probably not cast a shadow over any election in South Africa since 1994 quite as it is doing now. The scale and brazenness of ‘state capture’ under former president Jacob Zuma has shown just how destructive it could be – not just diverting and appropriating resources, but undermining the whole fabric of South Africa’s governance system.

How the country’s major parties intend to act provides some insight into how they see the problem, and what sort of action they believe is feasible given the depth of the challenge.

The approach of the African National Congress (ANC), as the party that has largely presided over most of South Africa’s corruption scandals – and which will probably remain the keystone of the country’s politics – naturally piques the most interest.

All over the campaign trail President Cyril Ramaphosa has emphasised the so-called clean-up, and that any future government he leads will promote honesty and integrity in public life. This includes a ‘clean-up’ within the ANC itself, promising that those placed in positions of power will be ‘uncorrupted, honest and self-disciplined with clear values [and] who can resist moral pressures’.

What South Africa really needs in relation to corruption is action

As with most of its manifesto, the ANC’s stance on corruption is set out in broad, non-specific brushstrokes. Not much comes across as particularly new or innovative. It will ‘strengthen’ the criminal justice system, ‘step up’ measures against private sector malfeasance, ‘ensure’ lifestyle audits, ‘strengthen’ restraints on public servants doing business with the state, ‘develop’ systems to prevent tender fraud, and ‘build and strengthen’ a social compact against corruption.

In a nutshell, there is rather more continuity than change here, although it is perhaps noteworthy that the ANC’s manifesto attempts to appropriate the fight against state capture. It was after all the ANC as an organisation that enabled leaders such as Zuma and secretary-general Ace Magashule to engage in state capture unhindered while attacking and undermining those attempting to resist grand-scale corruption.

The Democratic Alliance (DA) has anchored much of its brand and appeal on its opposition to corruption and a promise of honest, effective government. This was much easier as an opposition party, yet in government it has had to weather its own share of scandals.

Nevertheless, corruption features prominently in its manifesto. Little doubt is left that the DA regards it as one of the key issues confronting South Africa.

The ANC’s stance on corruption is set out in broad, non-specific brushstrokes

The DA’s manifesto probably predictably emphasises the ANC’s record on this matter, and locates its anti-corruption strategy as part of expanding opportunities for individual South Africans and the prosperity of the country as a whole.

It also refers to its own successes in dealing with corruption, in contrast to the conduct of the ANC. At one point it describes the latter as having used the Nelson Mandela Bay Metro as a ‘piggy bank’. It also warns that ‘the ANC will not bite the hand that feeds it, even if the consequences are devastating for South Africans’.

Thus it commits to rooting out graft, not only as a general principle, but specifically regarding numerous distinct sectors. For example it promises to act against corruption in employment (cash for jobs, for instance). It points to corruption as a partial explanation for the failures of state-owned enterprises, land reform, empowerment, education and housing.

The DA offers some detail on its proposed strategy, although not much. It says it will overhaul empowerment policy, so as to enhance opportunities for ordinary South Africans and grow the economy. It suggests altering governance and administrative structures in education, and providing necessary support, to ensure their functionality. Precisely how this is to be implemented is unclear.

The Economic Freedom Fighters (EFF) is hoping to see a surge in support. Not unlike the DA, it has tried to position itself as a fearless opponent of corruption. This was always a controversial stance, given long-standing corruption allegations around the conduct of party leader Julius Malema in relation to his company On-Point Engineering in Limpopo, and more recently his deputy Floyd Shivambu regarding the VBS Mutual Bank saga.

Its manifesto makes numerous commitments on corruption that wouldn’t be out of place in any other manifesto. It promises to ‘increase’ efficiency, ‘protect’ the independence of such bodies as the Auditor-General and Public Protector, ‘strengthen’ whistle-blower protections and to increase the severity of punishment for corruption.

It proposes instituting minimum sentences of 20 years for civil servants and representatives found guilty of corruption, and denying them their pensions.

The EFF’s manifesto envisages building ‘internal capacity to fulfil its own functions and responsibilities, thereby avoiding being influenced and having its employees bribed by private companies and consultants in the fulfilment of government tasks’.

Besides this, it proposes some far-reaching changes such as amending the constitution to make the National Prosecuting Authority a Chapter 9 institution (in other words, at arm’s length from most of the state machinery), and instituting state administration courts that would deal expeditiously with instances of corruption, blacklisting offenders and recovering lost money.

While each of these manifestos makes appropriate promises, and contains some ideas worthy of consideration, implementation is crucial for the country to root out corruption. This will require leadership and an adherence to the rule of law in all spheres of society. The new National Director of Public Prosecutions will play an important role in this. It will also be important to repurpose the state institutions which have been hollowed out for the purposes of state capture.

Whether the politicians involved have enough steely determination to deal with the challenge will be seen after 8 May. Election time is a time of promises, most of which we have heard before. What South Africa really needs in relation to corruption is action.

Top politicians and government officials along with powerful business elites who’ve engaged in corruption need to find themselves being criminally prosecuted.