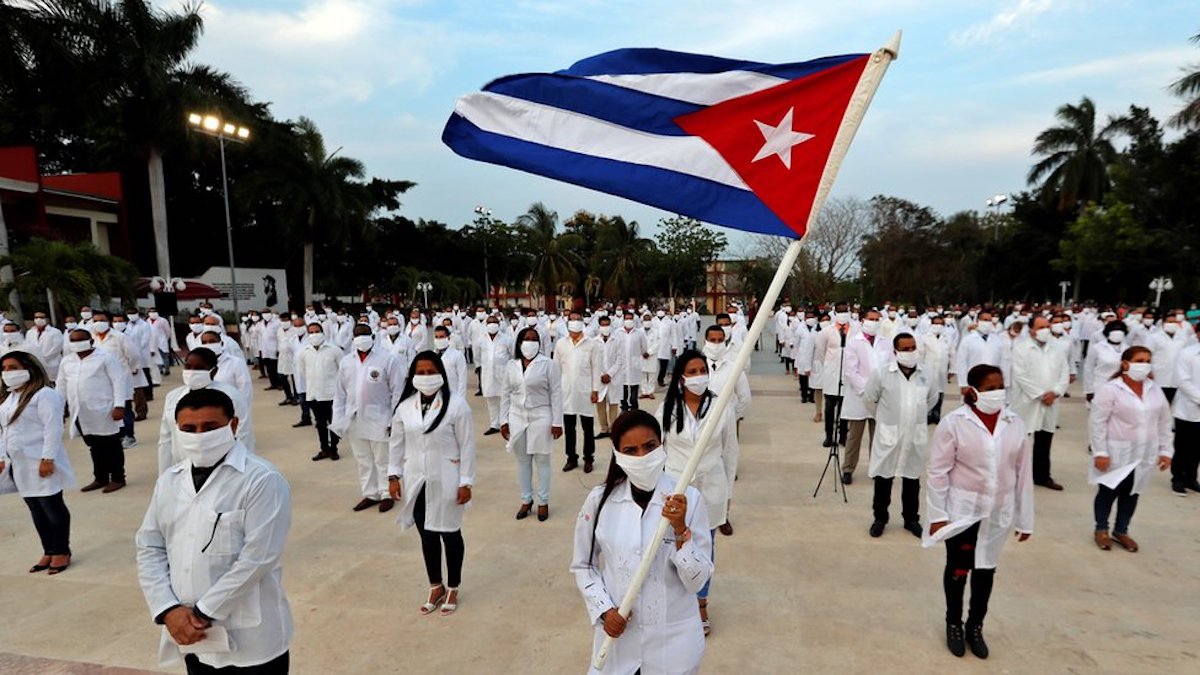 ActionSA is frothing at the SA government’s reported R308m payment to Cuba ‘for doctors and engineers.’ They’re using every legal instrument possible to find out the exact figure, why this was done and for court vindication. SA has close to the world’s highest unemployment levels, not to mention the highest Gini-co-efficient, massive waste and corruption, and with an overwhelming majority of  municipalities haemorrhaging money. Some of our own scarce, newly qualified doctors are currently experiencing the predictable annual ritual of not being placed in posts. Yet there’s no mention in Herman Mashaba’s fulminations on the Cuban training project of South African doctors (one thousand annual incoming undergraduates of excellent primary health care oriented education). Started in 1996, it was expanded in 2001, Cuba’s numerous medical campuses being virtual global ‘doctor factories.” But by all means, prise open the truth of exactly how much of our hard-earned money has gone to Cuba, and for exactly what. – Chris Bateman

ActionSA to take government’s outrageous payments to Cuba on review

ActionSA is alarmed by media reports yesterday stating that the current government has allegedly spent in excess of R308 million on payments for “Cuban doctors and engineers”.

This news comes at a time when South Africa is facing a staggering unemployment crisis, a stagnating economy with constant high inflation rates, and has consistently been ranked as the most unequal society in the world (in terms of the Gini Coefficient), with debt levels reaching well over R4 trillion.

South Africa faces both the highest youth unemployment and overall sustainable unemployment levels in the world. With qualified citizens at our disposal, including doctors and nurses sought all over the world, it is outrageous that our government continues to prioritise foreign nationals over South Africans trained in our institutions of higher learning.

ActionSA will launch an application in terms of the Promotion of Access to Information Act (PAIA) to determine:

Using the information above, we intend to apply to the High Court for judicial review of this unwarranted and despicable government decision, and possibly final declaratory relief.

The Promotion of Administrative Justice Act (PAJA) allows for judicial review in several circumstances, including instances where the administrative action taken is so unreasonable that no reasonable person could have so exercised the power or performed the function complained of.

We submit that the “transactions” with Cuba, and the exorbitant payments made, have no rational basis, especially when our country is in a state of disaster which is not linked to the Covid pandemic, but rather (and inter alia), water shortages, electricity blackouts and flood disasters.

Thousands of existing and newly qualified South African medical graduates are facing strenuous challenges when it comes to placements. Instead of addressing this issue, the national government has opted to neglect and ignore the plight of our own South African professionals. This causes a critical “brain drain” and an inevitable loss to our fiscus. Mostly, our citizens are deprived of the skills which our own citizens have to offer, on discriminatory and arbitrary grounds.

ActionSA has previously worked with the South African Medical Association to assist South African doctors who were unemployed during the time of the Covid-19 pandemic lockdown and who had been deprioritised over individuals brought in from Cuba.

It must be stated that Cuba is a country that offers nothing for the South African people. It is on the brink of economic collapse and a relic to failed economic policies. Its health system and infrastructure are antiquated, and its doctors and engineers are being brought into South Africa even though they cannot communicate in our languages. It is ANC policy that South Africans are being asked to pay for, despite no value being derived for our country.

As alluded to above, and once more information is to hand, we intend approaching the High Court for a declaratory order to ascertain – once and for all – if the South African government can lawfully prioritise the interests of foreign countries over those of South Africans, especially in circumstances where we have declared a state of disaster and have millions of citizens in dire economic distress.

We refuse to merely serve as spectators whilst the national government (largely unquestioned by Parliament) destroys the future of the very same people it claims to represent.