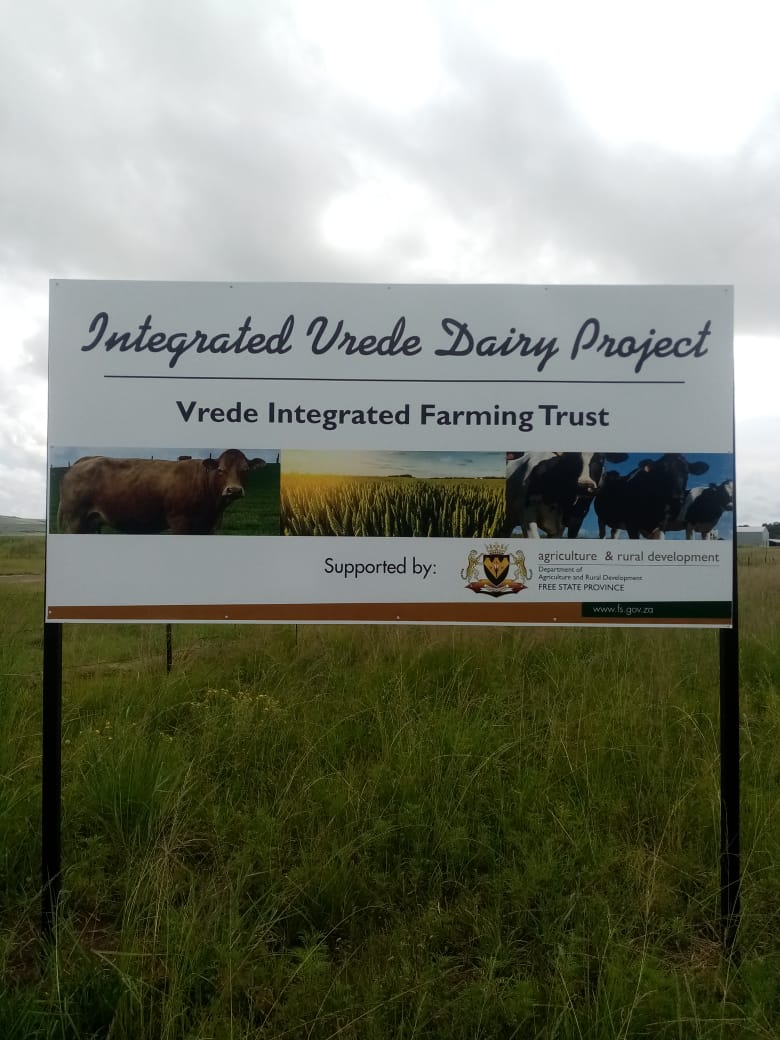 An IT guy with no dairy farming experience was the face of a Gupta company – Estina – that had less than R20 in its account when it got its first prepayment of R30m from Free State coffers.

Estina – through its frontman Kamal Vasram – a guy who worked retail for the Guptas’ Sahara Computers, was paid R280m in eight payments between July 2012 and May 2016 to run a dairy farm in the eastern Free State town of Vrede.

The project had noble intentions – on paper anyway. Bring together about 100 beneficiaries from the local community. Give them 10 dairy cows each. Make them 51% shareholders in the project, and let it flourish as a milk processing hub.

When the Free State government’s executive committee convened on 29 February 2012 to discuss the idea of a dairy parlour and processing plant in Vrede, the projected cost of the project was R13m.

The project’s quantum ballooned to an astonishing R572m once politicians and the Guptas got their claws into it.

[LISTEN TO THIS ARTICLE]

It was supposed to be a public/private partnership that would see over half a billion rand pumped into the venture, with R228m meant to come from Estina as the implementing agent itself, and the rest from the government. It’s important to note there was never any feasibility study done on the project, no business plan, no environmental impact assessment, no water rights, no competitive tender process followed, and the venture was not budgeted for.

When a feasibility study was eventually done, Gupta acolyte Iqbal Sharma – through his company Nulane Investments – was paid R25m to do it. Sharma subcontracted to Deloitte for R1.5m and redirected the rest of the money to a host of Gupta-linked companies including Islandsite Investments. It’s in connection with this case of fraud and money laundering that Atul and Rajesh Gupta were recently arrested in Dubai.

On 7 June 2012, Free State Agriculture Head of Department (HOD), Peter Thabethe, signed an agreement with Estina. It was very short-lived, as the state law advisors quickly pointed out that it was irregular and flouted procurement processes.

On 5 July 2012, a second agreement with Estina was signed. Just four days later on 9 July, a prepayment of R30m landed in Estina’s bank account. Without lifting a finger, the Guptas had begun their plunder of provincial resources using poor black farmers as the face of their systematic looting.

What necessitated the downfall of the project was just how badly it was run, which started to attract attention. Vasram had no idea what he was doing on the farm. He ran the dairy so badly, in fact, that cows were dying at an alarming rate and being dumped in a nearby ravine with potentially catastrophic environmental consequences. Estina hardly spent any of its newfound wealth on actually running the farm, let alone buying feed for the animals.

Worse, the intended beneficiaries were completely sidelined and strung along by authorities for years. Their poverty was used as the front for the project while the money was siphoned out the back. In total, Estina had R891.8m flow through its bank account destined for the Gupta’s offshore washing machine that laundered the funds.

No contract? No problem

After unwanted media scrutiny the Estina agreement was cancelled on 13 August 2014, just over two years after the project began.

Logically, one would think that closed the money taps on the project, but you’d be wrong. State Capture Inquiry chairperson Raymond Zondo’s report notes that, “Estina continued to receive payments from the Department of Agriculture and Rural Development (DARD) until 2016 [a further two years] on the basis of an unsubstantiated claim by the HOD of DARD, Mr Thabethe, that Estina had met key deliverables under the contract. No evidence to this effect could be provided.”

The then Free State MEC for Agriculture, Mosebenzi Zwane, maintains that what went on in Vrede was an empowerment project.

The report finds it empowered only his friends the Guptas. Of course there was something in it for him. As quid pro quo he got a fully-funded trip to India – meant as a training excursion for the intended beneficiaries – but Zwane, instead, bizarrely took the Umsingizane choir (you’re reading that right) with him and not any farmers. Testimony by one of the intended beneficiaries at the inquiry – Ephraim Dhlamini – told of Zwane’s short-lived trip to the subcontinent as the delegation reportedly got “running tummies” from the spicy food and returned home in haste.

Zwane would later be parachuted from obscurity into the prominent position of Mineral Resources Minister. It was in this capacity that he would travel to Switzerland to assist the Guptas secure Optimum Coal Mine from Glencore.

Zondo’s report paints Zwane as one of the chief architects of the whole sordid affair.

Another prominent name singled out is none other than the former Premier of the Free State, Ace Magashule. He’s currently the suspended secretary general of the ANC. He was forced to step aside from that position because he’s facing corruption charges in relation to another multi-million rand tender scandal in his home province – known as the asbestos audit heist.

“The Premier should have performed his oversight function over the MEC, Mr Zwane, and the HOD [Thabethe] but failed dismally […] Mr Ace Magashule also failed dismally to supervise his MECs and now we see the same failure in respect of the Vrede Dairy Project. It is necessary that there be consequences for people who fail to do their job.

“Otherwise, this corruption and these acts of state capture are going to continue forever to the detriment of the country and all people,” says Zondo.

The Commission recommends Zwane and Magashule be investigated by law enforcement to ascertain criminality on their part, if any, and also to consider instituting legal proceedings to recover the R280m directly from the pair. The commission makes the finding that both Zwane and Magashule – despite being public office bearers – were doing nothing but “pursuing the agenda of the Guptas”.

Going forward, Zondo recommends that lifestyle audits are implemented for all senior managers involved in supply chain management, as well as for executive authorities…ie: politicians.