As Moody’s, one of the three major ratings agencies, takes a major credibility hit, the ANC and parties world-wide with similar ideologies, have climbed on the bandwagon, in SA’s case downplaying the value of its threatened junk status rating for this country. Yet were it not for the dire rating warnings of Fitch, S&P and Moody’s last year, we simply would not have consolidated in all the myriad ways we have, exemplified by the united, sterling showing of Team SA at Davos currently. Analyst Daniel Silke, while flying no flags for Moody’s or their ilk, goes to the heart of the matter. He warns that scoring political capital from their travails is a dangerous game when the specifics of their recommendations in turning our economy around (or at least holding steady) are actually sound. The best evidence for this is us having (so far) avoided junk status via the measures taken by Finance Minister Gordhan, the sober new cohesion shown by State, Labour and Capital, plus the freezing of the crazy nuclear build programme. When your back is against the wall because the message is true, shooting the messenger helps nobody – even if the messenger’s reputation is freshly in tatters… – Chris Bateman

In 2016, South Africans became all too familiar with the family of the rating agencies. The triumvirate of Fitch, S&P and Moody’s became synonymous with holding the country to account in order to stave off the dreaded ‘junk’ status and the raised costs of borrowing that would ensue.

It was a year in which South Africa largely acquiesced (at least in rhetoric) to the whims of the big three – and by year-end had indeed succeeded in maintaining a degree of stability albeit with the renewed threat of a downgrade still possible this year.

In the South African context – and for that matter in many parts of the developing world – the big three which control almost 95% of the ratings business had left their mark. And, it was a mark that many within the ANC disliked. The idea of having a small and possibly non-representative cabal of neo-liberal financiers making the decisions on critical issues like debt finance and policy formulation was hardly popular.

The ANC had largely bitten their collective tongues throughout this period with Finance Minister leading the charge to take the agencies collective wisdom seriously or face the consequences. And Gordhan largely had achieved substantial buy-in from most ANC formations despite serious misgivings.

For those whose world view saw global finance and their instruments of administration as pursuant of a foreign agenda hell-bent on destroying national sovereignty and promoting a capitalist ideology, they kept quiet but kept their suspicions too.

So, when this week, Moody’s was ordered to pay a whopping R11.7bn fine for issuing false credit ratings that ultimately resulted in the global financial crisis and market crash, it did not take long before both Gwede Mantashe and Jessie Duarte took to a press conference with some degree of glee. It was their time to exact just a little bit of verbal revenge on a global watchdog that had certainly been discredited – at least for its role in the global financial meltdown.

And indeed, this was an embarrassment for Moody’s. It had been taken to task not by an aggrieved emerging market economy deeply hurt by a downgrade, but rather by the US states of Connecticut, Mississippi and South Carolina. Last week Connecticut’s attorney general had lambasted Moody’s for being “directly influenced by the demands of the powerful investment banking clients who issued the securities and paid Moody’s to rate them,”. And remember, S&P had in 2015 suffered the same indignity of a $77m settlement tied to its own role in the financial crisis of 2008.

The discrediting of the ratings agencies may certainly make some less likely to follow their advice or dictates. Clearly, there are any number of sceptics within the ANC likely to vent their disdain when the very same agencies talk about the need for structural policy reform, fiscal prudence or the reduction of political noise. After all, if they by their own admission and of the courts have indeed been furthering less than objective interests, who are they to comment on our South African situation.

The danger here is that a more populist element within the ANC begins to distance themselves from those seeking to address the rating agencies concerns about the country. And the more they are de-legitimised not only within the US justice system but increasingly by a variety of global players – like the BRICS group of nations – they carry less weight and influence.

The irony of the South African malaise is that without the sword of Damocles hanging over our heads in 2016, it is very likely that a more populist element would’ve gained traction within the treasury and finance ministry. Without Moody’s et al warning us to spend prudently, we might’ve already committed vast sums to a nuclear power build we can ill afford.

Without their insistence that a better relationship be forged between the State, Capital and Labour, we might’ve still been in a nosedive pattern with the three key pillars of the nation at loggerheads. Without the reminders from S&P and others regarding our policy formulation that at one stage was looking like it was purposefully intent on putting off both foreign and domestic investment, we might’ve continued a more populist approach thus retarding our growth even further and sending us directly into recessionary territory.

Elements within the ANC certainly do not need to love the global financial system as it’s constituted currently. And indeed, inequality, market volatility and extreme cyclical troughs and lows are all characteristics of deep flaws in capitalism.

But the ratings agencies – warts and all – have adopted a common-sense approach to advising South Africa over the last year. Their threats have kept us on the straight and narrow – despite the reluctance to admit this from many in power. And, above all else, their advice for us is based on encouraging economic growth – hitherto elusive under the current ANC administration.

Based upon their nefarious actions in the global financial crisis, these agencies do have a tarnished image. But when they give sage advice, the worst aspects of their reputation must be balanced against their objective and fair instruction to a country like South Africa. 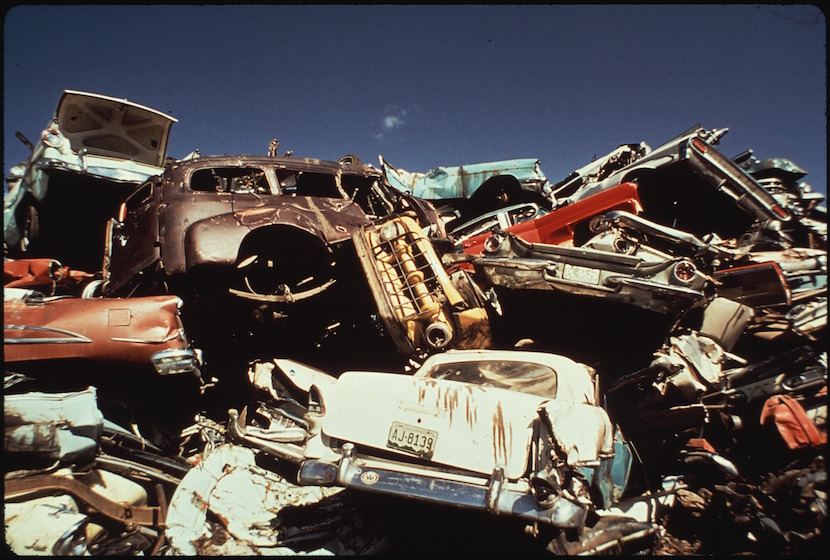 The major problem for the rating agencies is how to rebuild their damaged credibility. From within global capitalism there is scepticism for their bona fides. From populists on the left and right of the political spectrum, they stand accused of self-interest or perpetuating elite governance. And, as global power shifts from the West to the rest, the BRICS countries and other independent players will begin to establish competitive agencies to judge national performance to a different set of criteria.

Whilst one can argue that the rating agencies only have themselves to blame, it would indeed be a pity if their considered opinion is lost. As is often said, capitalism and its instruments may not be pretty – but there seem few alternative games in town – if any.