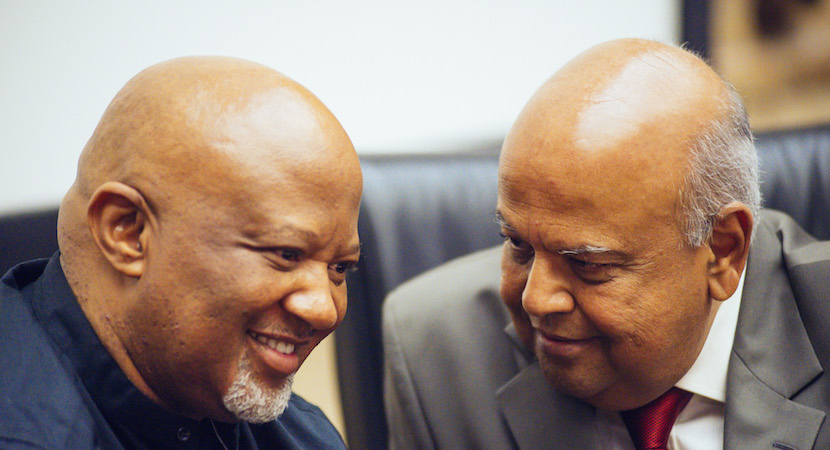 Mcebisi Jonas, the man who lifted the lid on the Gupta family involvement in President Jacob Zuma’s political decisions has resigned from Parliament. His decision is not surprising. He blew the whistle on the Gupta family making decisions on President Jacob Zuma’s behalf, revealing he was offered golden handcuffs amounting to many millions of rands in exchange for working according to #Zupta instructions as a finance minister. But his allegations came to nothing. A Public Prosecutor’s State Capture dossier is gathering dust, while President Jacob Zuma and his elite group continue to build power and ransack state coffers. Others in the ANC, meanwhile, are impotent to act against Zuma and his friends. Jonas, like former finance minister Pravin Gordhan, was seen as among the few taking a stand against the rot that has spread across government. As ANC Chief Whip Jackson Mthembu noted on the news that Jonas has resigned from Parliament after being sacked as deputy finance minister: the only crime Jonas has committed was being incorruptible. The departure of this brave man is a massive blow for anti-graft campaigners. – Jackie Cameron

“Comrade Jonas has served both as Deputy Minister and MP with absolute distinction and dedication. He has also served the movement and the South African people in various capacities over the years. On behalf of the ANC in Parliament we thank comrade Jonas for his selfless service to the movement as its public representative.

“We are confident that he will continue serving the country and our movement in other capacities in future. We wish him well.”

His move follows on the heels of former transport minister Dipuo Peters. Parliament confirmed her resignation as an ANC MP on Wednesday.

There goes another of our finest and greatest minds #McebisiJonas Thank u for giving us so much of yourself and your time Sir. We salute you

ANC Chief Whip Jackson Mthembu said the only crime Gordhan and Jonas had committed was being incorruptible.

They were set to return to Parliament as ordinary MPs.

Mhlauli told News24 on Wednesday that the resignation of Peters was effective as of March 31.

“Comrade Peters has served the movement and the people of South Africa in various capacities over the years with absolute distinction. On behalf of the ANC in Parliament we thank comrade Peters for her selfless service and dedication to the movement as its public representative,” he said.