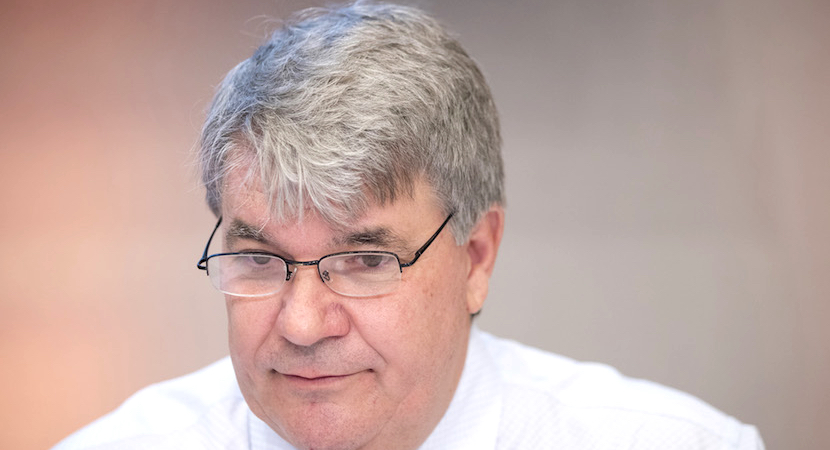 EDINBURGH — Steve Booysen is one of South Africa’s most prominent figures in business. Former CEO of banking group ABSA, he sits on a string of boards. Questions are being asked about how it is that the Chartered Accountant failed to spot signs of irregular accounting at Steinhoff. It is now clear that former Steinhoff CEO Markus Jooste was playing games to massage the figures at Steinhoff and that it wasn’t possible he acted alone. At the very least Booysen must fall on his sword, is the opinion of the Federation of Unions of SA, which last week demanded that the Steinhoff audit committee chairman resign over the corporate scandal that hammered the global retailer’s share price. The Public Investment Corporation, South Africa’s state fund manager, also wants Booysen to go. For now, Booysen is clinging to his position at Steinhoff, backed by a small majority of shareholders. – Jackie Cameron

Bloomberg – Steinhoff International Holdings NV’s biggest shareholder opposed the reappointment of Steve Booysen and Angela Kruger-Steinhoff to the crisis-hit retailer’s supervisory board, according to a person familiar with the matter.

Booysen, who’s been on the board since 2015 and heads Steinhoff’s audit and risk committee, was retained at the company’s annual general meeting on Friday for a further four-year term with 56 percent of the vote. Kruger-Steinhoff, the founder Bruno’s daughter, got 59 percent support. These were the lowest acceptance rates of any of the proposals put to shareholders on the day.

The Public Investment Corp., Africa’s biggest money manager, voted against both reappointments, said the person, who asked not to be identified as the company’s position is private. The administrator of South African government pension funds holds 7.2 percent of Steinhoff, according to data compiled by Bloomberg.

The owner of Conforama in France and Mattress Firm in the U.S. on Friday faced investors for the first time since reporting a hole in its accounts in December, which caused the stock to crash by 95 percent. Senior management gave an update on the state of the retailer’s finances and took questions on everything from how they failed to spot the malpractice to the role of auditor Deloitte LLP, which was duly retained.

Booysen, 55, is a former chief executive officer of Absa, a banking unit of Barclays Africa Group Ltd. “His knowledge and experience match the desired expertise,” Steinhoff said in introductory notes to the AGM.

Chairwoman Heather Sonn appealed for shareholder support ahead of a debt restructuring plan that will be put to lenders in May. She pledged to reinstate trust in the retailer and said all board members have agreed to quit immediately if they are found to have engaged in any wrongdoing. Former CEO Markus Jooste quit in December and has been referred by the company to a South African anti-corruption police unit.

A PIC spokesman didn’t immediately respond to a request for comment. The votes were earlier reported by Business Day newspaper.

Steve qualified as a chartered accountant in 1985. After completing his articles at Ernst & Young (1980-1983) he was a senior lecturer in Accounting at the University of South Africa (1983-1988). He joined Trust Bank in August 1988 and is a former Group Chief Executive of the Absa Group.

He is involved in various community initiatives; is a council member of the University of Pretoria and is chairman of AfriSake.