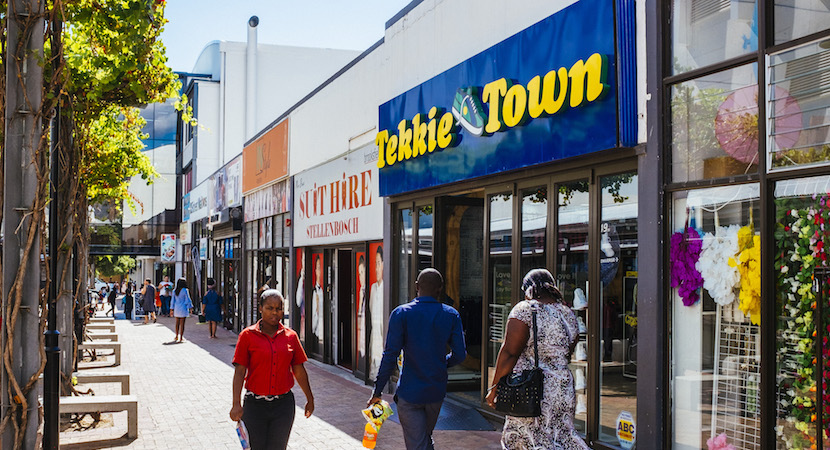 JOHANNESBURG — Things are getting REALLY ugly at Steinhoff Africa Retail (STAR) as its Tekkie Town unit is effectively facing a mass walkout by managers. The ripple effect being felt right now in Tekkie Town stems from Steinhoff’s incredible implosion in December last year when the company was hit with a massive accounting scandal, courtesy of Markus Jooste and Co. Today, a nasty fight is breaking out with ex-Tekkie Town boss Braam van Huyssteen serving an eviction notice to STAR (van Huyssteen still owns a property on which STAR rents offices). This event on its own is truly incredible. But added to this, the head of Tekkie Town Bernard Mostert along with senior managers have quit. – Gareth van Zyl

STAR, as Steinhoff Africa is known, has repeatedly said it shouldn’t be held liable for the claim by Tekkie Town founders led by Braam van Huyssteen, which relates to an earn-out agreement after Steinhoff International Holdings NV bought the company in 2016. Shares in Steinhoff, which owns 71 percent of STAR, collapsed amid an accounting scandal late last year.

Speaking to Johannesburg-based 702 radio Tuesday night, Mostert said the executives’ relationship with STAR had broken down with no hope of repair. It reached the extent that Van Huyssteen, who had already left the company, served an eviction notice to STAR to vacate offices he owns in the coastal city of George.

“We could no longer deliver results we were accustomed to deliver,” Mostert said. “We know we can no longer fulfill our duties.”

The shares fell 4.6 percent to R16.57 by the close in Johannesburg Tuesday, the most in almost month. The stock is down about a third since the Steinhoff reported financial wrongdoing in December.

STAR has put an interim management team in place, led by Riaan van Rooyen, and will provide support to “continue operating business as usual,” the Cape Town-based company said in an emailed statement Tuesday. Tekkie Town operates 368 out of STAR’s 5,100 outlets and contributes about 3 percent to annual revenue.

STAR, which also owns clothing chains Pep and Ackermans, has been trying to distance itself from scandal-hit Steinhoff, which in December reported accounting wrongdoing that wiped more than 95 percent off its market value. It’s planning to change its name to Pepkor Holdings Ltd., the clothing retailer sold to Steinhoff by billionaire Christo Wiese in 2015, and is seeking non-executive directors untainted by the relationship.