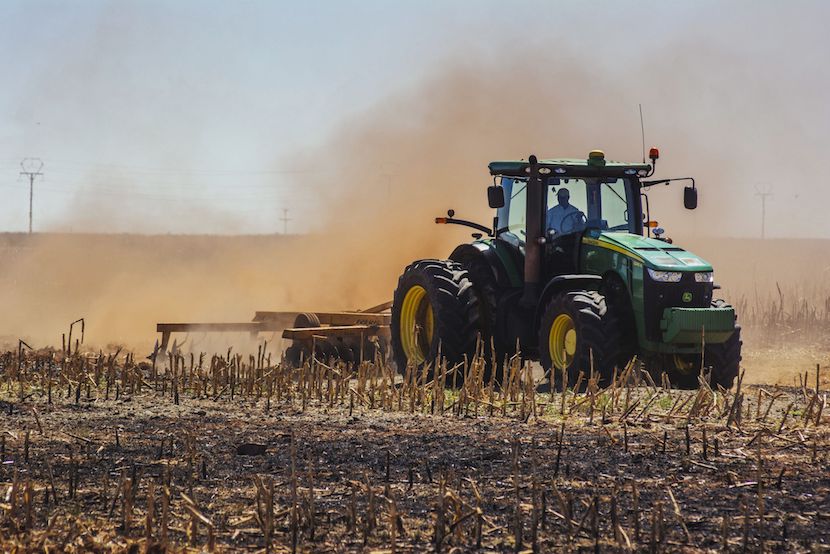 Laws are written and history made by those who have won power, the abuse and manipulation of which can result in hugely unequal societies and rampant poverty. Head of Policy Research at the IRR, Anthea Jeffery, is arguing here for the proper implementation of and non-tinkering with our hard-won Constitution, globally regarded as an example of how to put in place stellar balances and checks on political power. A logical conclusion from reading her analysis is that, unless the IRR’s suggestions – or ones at least very similar – temper the ANC’s latest sweeping, draconian land reform measures (after they lost the first round of the battle), we’re headed for serious economic trouble. Who needs land invasions when a local municipality can summarily expropriate your land and any appeals process is loaded against you with hugely underqualified lay people? Looks a bit more civilised than Zimbabwe, but the result will be the same. Story courtesy of The Daily Friend. – Chris Bateman

How to counter the expropriation and land bills

Now that the ANC’s attempt to rewrite the property clause (Section 25) in the Constitution has been defeated, the ruling party plans to achieve its expropriation-without-compensation (EWC) objectives via the Expropriation Bill of 2020 and the Land Court Bill of 2021.

Other measures are in the policy pipeline, too, but the ANC’s wants to start by pushing these two bills into law as quickly as possible.

Why these two bills especially?

The government’s outdated and deeply flawed socio-economic impact assessment (SEIA) of the Expropriation Bill of 2019 (which is broadly the same as the current measure) provides some insight into the ANC’s thinking here.

This SEIA report is an extraordinarily superficial document, which simply ignores the massive economic damage sure to result from the confiscation of land and other property for nil or otherwise inadequate compensation. Instead, the report looks only at the likely implementation costs for the government if state entities in the national, provincial and local spheres find themselves obliged to pay some level of compensation to expropriated owners and to engage in costly litigation to defend their expropriation decisions.

According to the SEIA report, the best way to “reduce the costs and maximise the benefits” of widespread land expropriations is therefore to “insert the nil compensation provision in the Expropriation Bill” and “introduce … alternative dispute resolution mechanisms through the proposed Land Court Bill”.

What then can be done to protect the property rights vital to the prosperity of all South Africans against these two measures? In essence, the Expropriation Bill needs to be replaced by a far better alternative, while the Land Court Bill should simply be scrapped.

The current Expropriation Act of 1975 is inconsistent with the Constitution and needs to be amended. However, the government’s proposed Expropriation Bill – which will soon be put before Parliament for adoption – is just as unconstitutional as the Act it is intended to replace.

What then is to be done? The answer lies in developing an alternative bill, which the IRR has done. Four core improvements, along with various others, must be included in this far better measure.

The resulting uncertainty undermines the “supremacy of the rule of law”, as guaranteed by the Constitution’s founding provisions. So too does the vague wording used in much of the list provided. The clause is also inconsistent with the requirement in Section 25 that compensation on expropriation must “strike an equitable balance” between the interests of affected owners and the public interest in land reform.

Paying nil compensation for expropriated land puts so high a burden of redress for past societal injustices on the shoulders of particular individuals, that it cannot meet the need for that equitable balance.

Second, a municipality or any other organ of state wanting to expropriate land or other property must, in the event of a dispute, obtain a high court order confirming the constitutional validity of a proposed expropriation before it proceeds to take the property.

The Expropriation Bill, by contrast, allows a municipality – once it has completed some simple preliminary steps – to expropriate property by the simple expedient of serving a notice of expropriation on the owner. Under this notice, both ownership and the right to possess the property will automatically pass to the municipality on the specified dates, which could be very soon. (The only time limit in the Bill is that ownership cannot pass before the notice of expropriation has been served.)

Effectively, the municipality will be allowed to act as judge and jury in its own cause. Its real objective may be to replenish looted revenue, but it will nevertheless be empowered to decide that the expropriation it desires is truly in the public interest – and that the paltry amount of compensation it proposes to pay is really just and equitable.

If constitutional protections are to be effective, the onus of proof must lie on the municipality to show that all relevant constitutional requirements for a valid expropriation have been met. The municipality must also discharge this onus – and obtain a court order confirming that it has done so – before it issues a notice of expropriation. In addition, where intended expropriations will result in the eviction of people from their homes, these prior court orders must authorise those evictions in advance, as Section 26 of the Constitution requires.

The 1975 Expropriation Act permits damages for direct losses of this kind – and there is no sound reason for the Bill’s exclusion of this provision. The Constitution states that all relevant circumstances must be considered in deciding on compensation, including the five it lists. Hence, non-listed factors – and especially all consequential losses – must be taken into account in striking the necessary equitable balance between the public interest and the interests of those affected.

Fourth, the IRR’s better bill states that the compensation due to the owner, as decided by the High Court prior to the service of the notice of expropriation, must be paid in full before ownership passes to the municipality. If the compensation is not paid in time, the notice of expropriation should automatically fall away and have no further legal force.

It is neither just nor equitable for people who have already been deprived of ownership of their property to be left dependent on a (probably) cash-strapped and inept municipality to make payment long after the event. This is particularly so when government delays in making payments are notorious; and even the small black enterprises it is trying to promote have often been driven into bankruptcy by the state’s chronic failure to pay its debts.

The Land Court Bill aims to prevent expropriated owners from turning to the ordinary courts of the country for necessary relief against nil or otherwise inadequate compensation on expropriation.

If the Bill is enacted into law, all land expropriation disputes will probably have to go before a specialist new court, to be called the Land Court. Here, owners (and their legal representatives) will face punitive costs orders if they decline to allow their disputes to be settled or decided by mediators or arbitrators not of their choosing and potentially biased against them.

Owners who instead insist that the new court must adjudicate their disputes will face other obstacles, too. Under the Bill, questions of fact – including the amount of compensation to be paid – will generally be decided by partisan lay assessors rather than experienced judges. Procedural principles vital to fairness will be jettisoned, moreover, if these are seen as causing delay. The usual rules of evidence will also be discounted so that hearsay and other unreliable testimony can be admitted. Such changes to long-established legal principle could decisively tilt the new court’s processes against the expropriated owner and in favour of the state.

The current Expropriation Act needs to be replaced by a constitutionally compliant alternative, which is why the IRR has crafted one. But the Land Court Bill is not needed at all and should simply be scrapped.

The ANC may argue that a new land court is needed to deal with unresolved land claims, but this is not so. The country already has a Land Claims Court, which could soon – with the help of retired judges and a reformed, efficient and trustworthy Land Claims Commission – decide the relatively small number of outstanding claims lodged before the 1998 deadline.

There is no need to reopen the land claims process once again and no valid legislation providing for this either (as a 2014 statute to this effect was struck down by the Constitutional Court and has not been replaced). The ANC’s stated reasons for encouraging the submission of many more land claims are unconvincing, while many successful claimants who met the 1998 deadline now fear they might be dispossessed under invalid new claims.

In addition, re-opening land claims would cost an estimated R180bn and is simply unaffordable. The economy has been enormously damaged by the Covid-19 lockdown and the July 2021 riots, while public debt already stands at close on 70% of GDP and state spending on education, healthcare, policing and other essentials is having to be curtailed.

Besides, the real purpose of the new Land Court is not to deal with unresolved land claims but rather to facilitate major land expropriations for little or no money. This is to be done by undermining the constitutional right of all expropriated owners to have the amount of compensation due to them “decided or approved” by the courts, as Section 25 provides.

The courts envisaged in Section 25 are the ordinary courts of the country. There is neither room nor reason for a specialist new court, the main purpose of which is clearly to skew the litigation process in favour of the state and so advance the ANC’s destructive National Democratic Revolution.