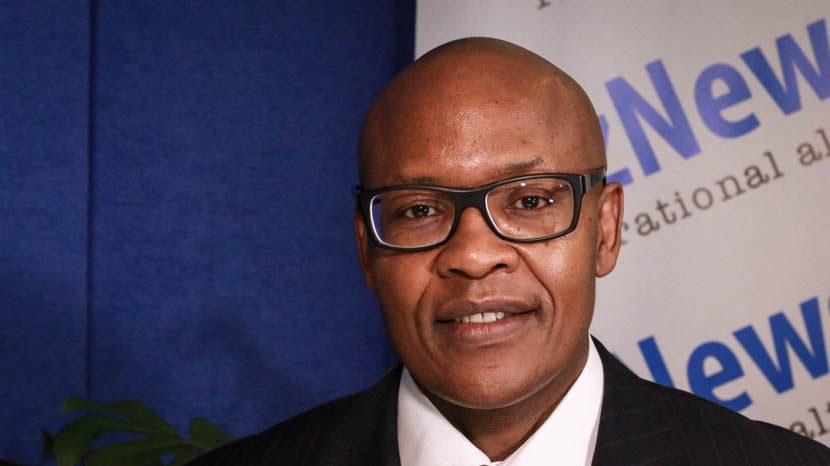 CAPE TOWN — Blinded to his hypocrisy and short-sightedness in taking over the Gupta-owned propaganda television company ANN7, former Government Communication and Information Systems (GCIS) chief, Mzwanele Jimmy Manyi, is on a hiding to nothing. That’s the opinion of an expert in brand reputation management, Solly Moeng, whose hard-hitting analysis on Fin24 recently sets you wondering whether Manyi has any business savvy at all – or is foolishly certain that the corrupt Zuptoids will rule beyond 2019. There’s another possibility; like his ilk in the Zuptoid camp, he’s going to grab everything he possibly can before the floodgates of accountability open. Make hay while the sun shines. And Sunshine Journalism is unashamedly his thing when you read the astonishingly transparent and arrogant responses he’s given in public exchanges. Moeng reckons Manyi must know something we don’t – either that or he’s extremely dense. Because when Zuma and his cronies fall (I’m convinced the tide has turned, but the ANC may require the electorate to tell it by how far it missed the boat), all the captured institutions of accountability will suddenly creak back into life. Today’s torchbearers of a perverted struggle will be exposed for the villains they are. – Chris Bateman

(This article first appeared on Fin24.)

The world has become all too familiar with the phenomenon of money laundering, i.e. “the concealment of the origins of illegally obtained money, typically by means of transfers involving foreign banks or legitimate businesses” (Oxford Living Dictionaries).

However, it seems less familiar with a relatively new phenomenon of what I shall call “corporate reputation laundering”. The latter happens when a business or asset gets opportunistically sold or transferred to, ostensibly, new owners to shield it from the toxic reputational impact of previous owners.

Unlike money laundering, corporate reputation laundering is not necessarily a crime, at least not yet. It could however border on criminality if done with full knowledge or suspicion that the assets in question would have been or might come under investigation by the tax or other law enforcement authorities, or even run the risk of being forfeited by law enforcers such as the once effective Asset Forfeiture Unit in South Africa, if they are suspected to be proceeds of crime.

Such a move would be a form of wilful concealment at best and, at worst, a clumsy way to continue trading in assets whose future viability cannot be assured. Obtaining affordable insurance against such assets might also come as a challenge.

But people who choose corporate reputation laundering as a strategy to shield companies or assets from the toxic reputational impact of previous owners have to think seriously and plan a scenario before embarking on such an approach.

Whichever way one looks at it, it is a risky gamble. The risk levels do not come down because the new owners do not have to spend a cent of their own money to acquire the assets. In fact, the reputational risk on the part of the new owners might be greater, as they might be suspected of aiding and abetting a potentially criminal concealment.

Where does Jimmy Manyi get R450 million to buy these two sinking ships? Who's he fronting for? Amabhungane come to my rescue please!

Some of the questions they should ask before embarking on such a venture should include, but not be limited to, the following:

Asked on eNCA’s weekly Justice Factor TV show how he plans to make a success of his newly-acquired Gupta businesses, Mzwanele Manyi explained that his business model is to position ANN7 and The New Age collectively as a “conveyor belt” for government communications.

“I see this as (the) Government Communication Information System on a grander scale”, he is quoted as having said in another interview. In Manyi’s view, none of the other media platforms in the country have the government or the public’s interest at heart.

Only his does, as he will make sure that government’s service delivery messages will reach intended audiences as conveyed by government spokespersons without editing, adding opinions, and without interpretation by The New Age and ANN7 journalists.

Without blinking, he added that he would still respect the press code and avoid interfering with editorial decisions.

Unless Manyi has been promised continued and hugely favourable government spending for many years to come – in the form of advertising, funded business breakfasts, and massive New Age subscriptions – his business strategy is flawed indeed.

Spoilt child in the media family

Given the ever-dwindling reputational fortunes of ANC-led governments at various levels, it is unwise for him to expect his businesses to remain the spoilt child in the media family after the 2019 general elections – unless he knows something the rest of us don’t.

Assuming also that the Lodidox acquisition of Gupta businesses could be suspected of corporate reputation laundering, the Guptas would have made a huge mistake by shifting their troubled assets to a person whose own reputation has not been sterling in recent years.

One simply needs to listen to Manyi’s many recent public utterances and the general public’s reaction to them to estimate his reputational credit. The banks are also unlikely to trust his bona fides, given the role he has been playing as a shameless Gupta apologist and frontline warrior against what he continues to call white monopoly capital.

Jimmy Manyi was implicated in #GuptaEmails and "duku-duku" he now owns ANN7 and The New Age?
"Blessed Are Those Who Fly…. To Dubai" 😒

Given this, his government-reliant business model, short-sighted as it is, remains the only way he can expect to succeed in the short term, i.e. before the next general elections.

Gupta businesses are not safe assets

Gupta-owned companies have been reliably reported over time to have cut Public Finance Management Act corners by using inside enablers to benefit from billions of rands in government tenders.

All major South African banks and, more recently, the Venda Building Society, the Bank of Baroda and global auditing firm KPMG, saw the rot and chose to close their accounts or terminate their contracts, in apparent attempts to avoid being reputationally, perhaps even legally, muddied by them.

If there is no indication of them being under investigation by law enforcement for now, this could only be because the Hawks, NPA and the Asset Forfeiture Unit are suspected of being restrained from acting without fear or favour on their respective mandates.

If this is true, it could only be a matter of time before the major unravelling happens.

Given all of the above, it seems safe to assume that either Manyi knows something the rest of us don’t or that he has a solid Plan B safely stored until it’s ready for deployment at a future date.

Otherwise, he might be better off returning to a salaried job as chief of GCIS, if he can. It’s clear that in leaving the last time, he left his heart behind.