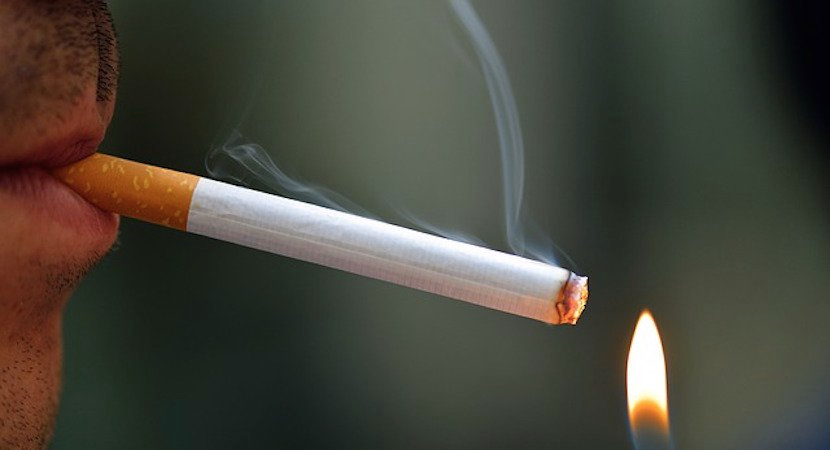 JOHANNESBURG — In its short, democratic history, South Africa has developed a reputation for developing very strict smoking laws. In turn, Treasury has also implemented heavy sin taxes as part of a bid to clamp down on smoking while simultaneously ensuring revenues flow to the fiscus from this habit. But is government going one step too far with further plans it has regarding smoking and drinking laws? The Free Market Foundation‘s Leon Louw explores this question. – Gareth van Zyl

In a democratic society, can government collude with citizens to abuse and undermine the freedoms ordinary South Africans died to ensure? Unfortunately, it can. How? By picking on controversial issues that get people hot under the collar, that’s how.

Governments worldwide have found that it is easy to get support for state intervention on issues such as tobacco and liquor. And they have readily embraced the consequence that, once in place, such measures open the door for increased interventions in other areas that go far beyond the need to protect, for example, non-smokers. In other words, picking on red herring issues such as smoking and drinking, allows the state to take the steps that eventually lead into your home to determine what you eat (limits on the amount of salt, sugar and caffeine allowed in foods are in the pipeline), what you buy (Local is Lekker), and perhaps with whom you sleep (as in the bad old days of apartheid).

Mandela wrote in Long Walk to Freedom that “freedom is indivisible”. What he meant is that if some of us do not have liberty, none of us have liberty. Despite being a lifelong non-smoker, I believe proposed smoking regulations are an infringement on the rights of individual citizens and private property owners. It is our duty as citizens to stop the march of anti-freedom activists before it is too late. Today they may propose a limitation on freedom you support, but tomorrow it is likely to be your turn to have a freedom you value highly curtailed.

Freedom, property rights and choice underpin a democracy and are tampered with to the detriment of ordinary people. Tobacco (and similar) regulations are the thin edge of the wedge, already hammered home by a government ready and willing to split you and your freedom apart.

In a free society, individuals are free to smoke tobacco, ingest sugar, eat meat, or do whatever it is they believe will give them satisfaction provided they do not harm others. That some people might smoke more than is good for their health, eat more sugar than is wise, eat more meat than turns out to be good for them, or indulge in “dangerous” sports, does not give government the right to prescribe to everyone what kind of habits they should follow in their daily lives.

Freedom is complex. How does one deal with “conflicts” of rights in a democratic society? In a free society, it is the property owner who should decide, for example, whether people are allowed to smoke or not. Restaurants are privately owned spaces to which the public are invited, not public property. In a free society, the restaurant owner (and his clientele) should determine whether their property is for smokers only (a cigar bar, for example – destined to be banned under proposed new regulations), or for non-smokers only, or mixed. This right applies equally to governments, which, via the voters who put them into power, can decide whether smoking is allowed on genuinely public property, that is, state-owned property.

Health Minister Motsoaledi wants new policies to make us the world’s healthiest country. Did you know that proposed tobacco regulations include effectively banning smoking in public places? That they include excessive fines: For example, the owner or person in control of an indoor public place who fails to comply with the proposed regulations can be fined up to R100,000? That they specify such absurdities as font type and height (7mm), whether health warnings should be horizontal or vertical, the size of “price tickets” (less than 3200mm)? That they propose limitations on display cabinet size and accessibility?

The Health Department is planning to ban all outdoor and indoor smoking areas. this is a…
Full story #DStv403 today.

Buying and using tobacco is legal. It is not acceptable to treat adult consumers like children or criminals by limiting their options. Given the limited space made available for display, the retailer or wholesaler will have to decide which products to display and which not. He / she will effectively, therefore, be making decisions on behalf of consumers and without their consent.

The Free Market Foundation (FMF) is very concerned about the increased assault on civil liberties and individual freedom in South Africa. We foresee that it will not only impact on individual lifestyle choices, but that it will impact significantly and negatively on businesses, the fiscus and the economy.

The Department of Health’s proposal to effectively ban smoking in public may prevent SA from achieving desired socio-economic transformation. The proposed new measures pose a very serious threat to the survival of small and medium enterprises (SMEs) in the hospitality industry. This is a serious backward step, since entrepreneurship and small business have been identified by government as vehicles for stimulating this country’s economic growth and turning our dire unemployment rates around.

In addition, since much of the proposed tobacco and liquor regulations are law by decree (regulations drafted by bureaucrats) rather than parliamentary legislation, the FMF is concerned that bad laws will be ignored, not only by the public, but by the police. Societies that ignore bad laws, become societies that ignore good laws too.

Ordinary South Africans, whether smokers or non-smokers, drinkers or non-drinkers, chocoholics or health-nuts, must take the moral high ground and say NO to proposed tobacco regulations, and to any other attempts by the government to undermine freedom, property rights, and individual choice.