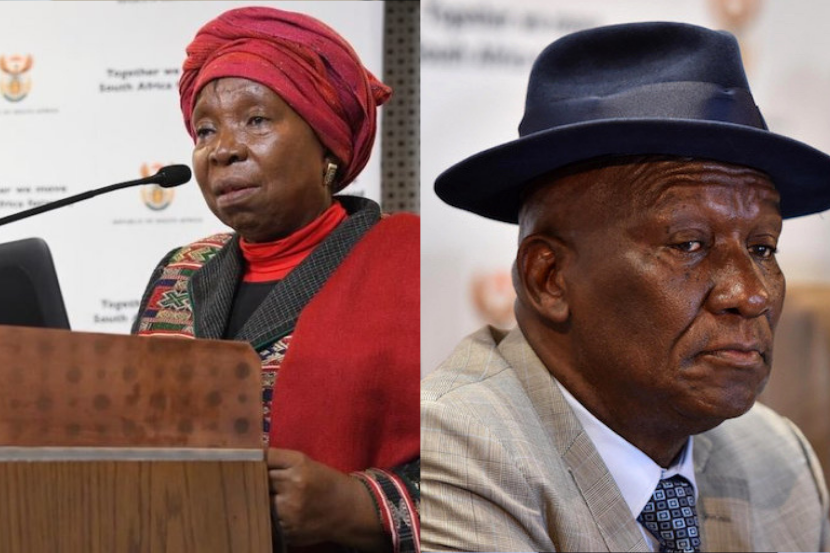 Over a week ago, President Cyril Ramaphosa moved the country from alert level 1 to level 3, due to a continuous surge in Covid-19 infections across the country. With the stricter regulations came harsher restrictions. Alcohol sales have been banned, beaches across the country’s coastline have been closed and the curfew extended. Following a meeting of the National Coronavirus Command Council, Bloomberg reports that Police Minister Bheki Cele and Cooperative Governance Minister Nkosazana Dlamini-Zuma have ‘recommended the country move to virus alert level 4 for 30 days’, according to sources. However, Bloomberg reports that other officials were concerned about the effects tougher restrictions may have on the economy and have ‘called for the relaxation of measures including the ban on alcohol sales and the closing of the nation’s beaches. – Jarryd Neves

(Bloomberg) – South African government officials have called for stricter measures to curb soaring coronavirus infections at a meeting to discuss the state’s response to the pandemic, according to two people familiar with the matter.

President Cyril Ramaphosa is hosting a meeting of the National Coronavirus Command Council on Wednesday to assess the spread of the disease.

With the number of infections now over 1 million and more than 30,000 people having died from the disease, Cooperative Governance Minister Nkosazana Dlamini-Zuma and Police Minister Bheki Cele have recommended the country move to virus alert level 4 for 30 days, the people said. They asked not to be identified as no decision has been taken.

Other officials concerned about the impact harsher restrictions might have on the economy called for the relaxation of measures including the ban on alcohol sales and the closing of the nation’s beaches, the people said.

The government announced on Dec. 28 it was moving the country to virus alert level 3 from level 1, banning alcohol sales and extending a nationwide curfew to slow the spread of the pandemic.

Under level 4 restrictions that were in place in May, travel between provinces was banned, with the exception of transporting goods, and borders remained closed to international travel, “except for the repatriation of South African nationals and foreign citizens.”

The discussions by the NCCC may continue on Thursday, said one of the people. Cabinet spokeswoman Phumla Williams wasn’t immediately available for comment, and spokespeople for Dlamini-Zuma and Cele didn’t immediately respond to questions sent by text message.

South Africa is the worst-hit country on the continent by the virus. Restrictions to try and prevent Covid-19 from spreading are likely to have resulted in the economy contracting the most in nine decades last year, according to official estimates.