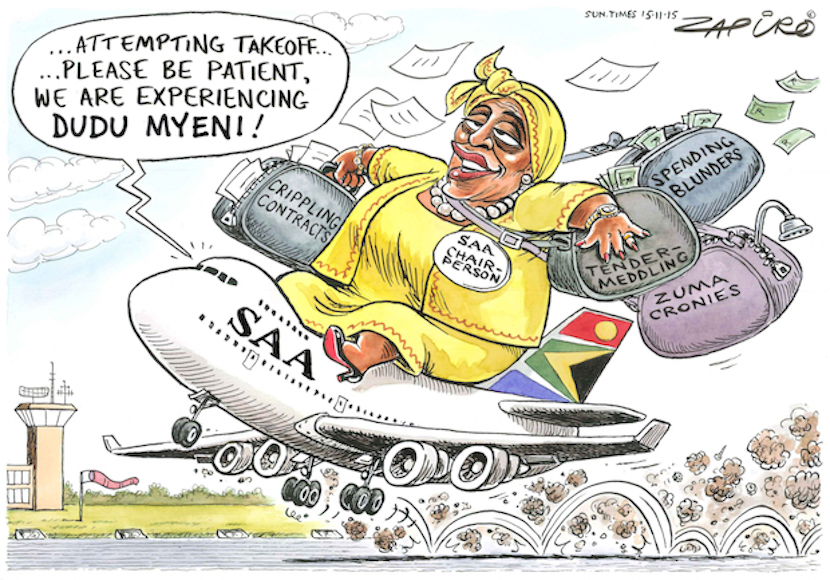 It is no secret that our country is overrun with people going about their business violating every law in the book. Yet, these miscreants of corruption go through years of courtroom treacle before compensation. What South Africa needs is quick justice, as O’Sullivan put it.

Forensic investigator Paul O’Sullivan recently unpacked the first volume of reports by the Zondo Commission to look into the criminal offences of Dudu Myeni and others. He went back to 2015 where he opened his first case against Myeni but said the dockets are still sitting there years later, containing prima facie evidence. This drew O’Sullivan to the Al Capone approach; that for the ends of justice to be served, one must nail the offender on an absolute slam dunk, rather than putting together hundreds of different charges. He added that “there’s an attitude or a policy in the NPA that everybody must be charged with everything they did. I am saying that’s wrong and not in the interest of justice. I would be more than happy to see Dudu Myeni get slapped in jail for five years for defeating the ends of justice. Forget the corruption charges that is going to be a long trial to produce.” So, whether Dudu Myeni gets 15 years, 10 years or five years, the important thing is, there will be reparation.

A BizNews community member asked whether the Zondo Commission was established to kick the ball further down the road. According to O’Sullivan, the Zondo Commission must, ultimately, have an impact on corruption but he believes “the problem in South Africa is that reparation needs to be overhauled”.

For those who simply cannot help straying from the right side of the law, perhaps O’Sullivan has the right approach, as is evident in what BizNews community members had to say…

“Zuma’s case is instructive on how the NPA got it wrong. They separated his trial from Schabir Shaik. I forget the numbers but at some stage the NPA said there were about 750 counts on about 15 charges. The NPA delayed Zuma’s trial, Zuma’s Stalingrad delayed it further. And the NPA spent years dotting the i’s on all of the 750 counts. Whether there are 750 counts or 5 or 10, 5 or 10 is sufficient to get 15 years in prison. And even if all 750 are proven in court and Zuma is convicted on all of them, sentences will be concurrent, proving that most of the investigative work and court time is a waste of time. Go for low hanging fruit, the 5 or 10 counts that are absolutely quick and easy to present in court and get a conviction. Get accused into prison asap. Paul O’Sullivan mentions the Al Capone approach in the title but does not deal with it. There should be a parallel approach from SARS charging miscreants with tax offences which result in jail time. If SARS found that I had R20m in assets that I could not explain, in a blink of an eye they would hit me with an estimated assessment and jailtime. They should do this NOW with Zuma, Myeni etc.” Alan Watkins comments.

The Passing Show says: “Mr O’Sullivan is correct; but nevertheless he is one million miles beside the point. Zondo was not established to do anything else than kick the ball further down the road. The NPA issued a statement just last week (I think) that it was now going to re-open the case relating to the death of Albert Luthuli back in 1964 or thereabouts. Clearly it knows where its priorities lie and certainly there is zero evidence that the NPA is clearing the desks of prosecutors in order to pick up the ball that Zondo might or might not have created.

Am I being overly negative and critical of the state of play? Possibly. But I work from the basis that nothing, absolutely nothing the ANC and their appointed cadres do is intended to cast a shadow on the almighty ANC. Period. Can you imagine how many man hours of senior investigator time that is going to require to even start building a file of actionable evidence? I will watch the upcoming budget speech to see how much funding is allocated to the NPA in the budget … the way things are going I reckon we are going to see massive reductions in funding of departments that do not contribute to looting possibilities. The current cluster-phuque going on between Comrade Uncle Ramaphosa and Mrs Bad Hair Day tells us more than enough about the modus operandi of the ANC with Ramaphosa insisting the Hair excrescence apologised and the hair woman in turn doing the harridan screeching routine. Ramaphosa has made a prize bunt of himself. He ought to have got Sizulu’s signature on the document but he chose instead to try to strong-arm her. And now look at the mess he’s got himself into.”

“President Zuma has given strict instructions to the NPA not to arrest the babymama of his child & comrade Lindiwe has warned Cyril that there must be a justice system that works for Africa & Africans.” Fred Perry comments.

“Paul, thank you for what you are doing. Keep up your big task,” writes Cornelius Bornman. 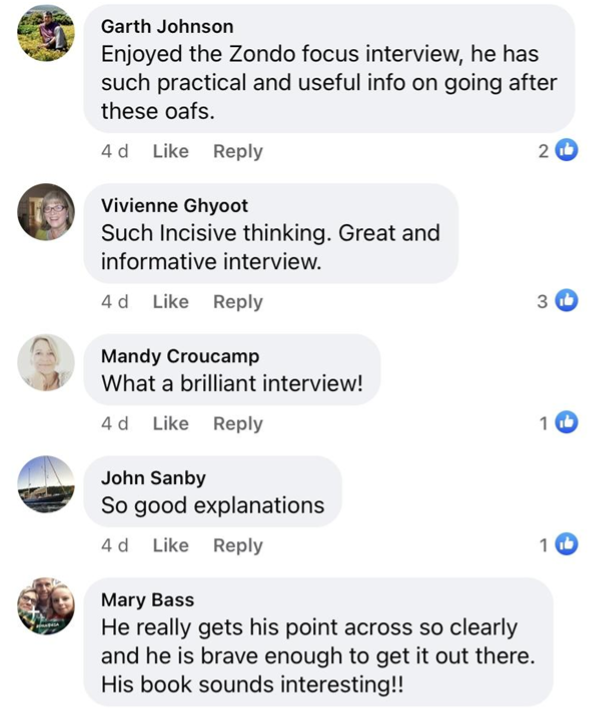 “If the setting was a rugby pitch there would be no player left on the government or political party team’s field. The referee and the TV judge would have red-carded and removed the culprits of dirty play as they occurred. The spectators would have seen their crimes as they committed them. We have watched a recognised serial dirty player being made both a selector and team captain of the government so as to corrupt the whole system. How some of these players are still on the playing field is diabolical and provides an indication of the ludicrous state of the criminal justice system in SA. What the Zondo Commission has documented started as long ago as 1994. Need more people like Paul, although the players went out of their way to get rid of him as a referee,” Mambaman comments.