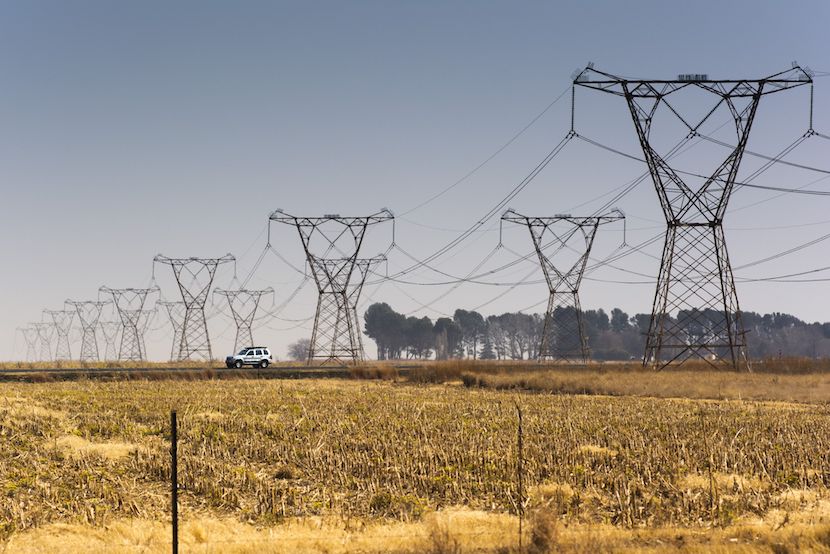 Let me start by stating that I admire John Kane-Berman immensely. I have followed his writings for a number of years, and appreciate the insight he provides into the South African political landscape. His latest musings (Mantashe is right, the DA is wrong), however, fundamentally misunderstand the energy sector in general and electricity generation in particular. While Mr. Kane-Berman is entitled to his own opinions in this regard, it is startling to find him so disconnected from the political and economic realities that challenge our country daily.

We almost certainly agree that South Africa’s economy is largely stagnant and has been for over a decade, with a primary (although not the only) contributing factor being the insecurity of electricity supply. 2021 saw more loadshedding than any prior year – despite government allegedly having been “working on the crisis” since at least 2007. This has a severely detrimental effect on the ability and desire of the private sector to invest and grow their businesses.

So when Mr. Kane-Berman says that I am out of touch by saying that renewable energy must be South Africa’s priority in the short term, he is misreading my argument completely. He points to the 2019 Integrated Resource Plan which envisages building 1500MW (actually the IRP only provides for 1000MW) of new coal generation and (according to Kane-Berman) 2500MW of new nuclear. In the latter instance, he is unfortunately incorrect, as all the IRP does is make provision to commence preparations for a nuclear build programme to the extent of 2500 MW at a pace and scale that the country can afford because it is a no-regret option in the long term (my emphasis). In fact, the actual IRP table (page 95 of the gazetted document) makes no provision for nuclear procurement in this timeframe.

As far as coal is concerned, there is no appetite for financing new coal power generation. The two coal IPP’s envisaged in the IRP, Thabametsi and Khanyisa, have come to a grinding halt, and will not be pursued by their developers. South African and international banks have withdrawn financing for coal-fired power plants. So no, there won’t be any new coal plants in South Africa any time soon…

At no point does Mr. Kane-Berman debunk my assertion that South Africa cannot afford a nuclear new build in the short term. The overnight construction cost (i.e. excluding finance costs and overruns) of a 2500MW nuclear power plant would be an estimated $15 billion in 2020 dollars (according to the US Energy Information Agency’s 2020 Capital Cost and Performance Characteristic Estimates for Utility Scale Electric Power Generating Technologies report). Having seen the way Medupi and Kusile ran over budget, does he really believe that South Africa, under an ANC government, can keep costs in check and prevent the wide-scale looting and corruption such a mega-project would engender?

Nor does he acknowledge that our need to keep the lights on is urgent and cannot be delayed by the 15 years or so that a nuclear build would take. He ignores the fact that South Africa has no capacity to dispose of its high-level nuclear waste (such as that produced by nuclear reactors), and is only planning to upgrade its Vaalputs nuclear waste management facility to handle such waste in 2050!

In 2020 nuclear power generation declined from 2657 TWh in the prior year to 2553 TWh. According to the World Nuclear Association’s World Nuclear Performance Report 2021. “In 2020 five reactors were grid connected and six were permanently shut down …. [T]he closure of [Fessenheim 1&2] reactors was driven by French national policy to reduce the share of nuclear generation in its electricity mix. Both US units, Indian Point 2 and Duane Arnold, were closed ahead of their operating licences, which ran to 2024 and 2034 respectively.” This contrasts sharply with Mr. Kane-Berman’s article, which quotes The Economist as saying that France is “falling back in love with reliable, low-carbon electricity from nuclear power”. And although President Macron is expected to announce the construction of up to 6 new reactors in the near future, Flamanville 3 is still not operational, 15 years after construction commenced. This is typical of many nuclear builds. It remains to be seen whether the French National Assembly will endorse Macron’s decision, having previously voted to reduce the country’s dependence on nuclear power in 2015.

The International Energy Agency’s World Energy Investment 2020 report, shows that investment in Solar PV and Wind in 2020 was more than double the investment in coal, nuclear and gas generation combined! In the same year, nuclear energy added 2.4GW to global power grids, solar PV added a staggering 98GW. The trend, Mr. Kane-Berman, is strongly towards renewable energy, and away from coal and nuclear.

It may come as a surprise to Mr. Kane-Berman, but I am not calling for all coal power stations to be shut down tomorrow. Nor am I opposed to the life extension of Koeberg.

While South Africa does indeed have an abundance of coal resources, it is equally true that we are uniquely positioned to capitalise on solar and wind. Our commitments to combatting climate change and accelerating decarbonisation cannot be limited to the questionable clean coal technologies punted by Minister Mantashe and others. This is especially true as we have not complied with our Medupi World Bank loan obligations to install flue gas desulphurisation equipment at the plant, and ESKOM has indicated that it cannot afford to do so.

Our electricity crisis requires investment in our ageing grid infrastructure, including building increased transmission capacity from the Northern and Eastern Cape. It will require political will. And it will require sober analysis – including a recognition that we don’t have time to wait for new vanity nuclear and coal power plants to be built. South Africa needs electricity now – and the cheapest and quickest way to provide that is to accelerate the adoption of renewables as a much more significant contributor to our electricity generation mix.