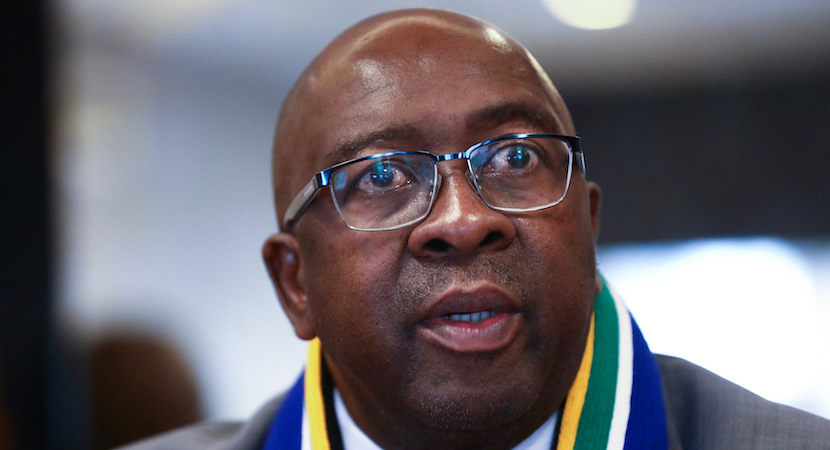 JOHANNESBURG — Despite Moody’s keeping South Africa’s credit rating unchanged at one notch above junk and having its status updated from negative to stable, the country still finds itself between a rock and a hard place. One bad move will plunge SA into wall-to-wall junk ratings, and spark the outflow of billions in capital. Meanwhile, with Fitch and S&P in particular, it could take South Africa years to climb out of junk status. What’s needed is faster GDP growth, and we need it ASAP. – Gareth van Zyl

By Rene Vollgraaff and Arabile Gumede

While the government is in a “honeymoon phase” following the election of Cyril Ramaphosa as president and Nene’s return to the National Treasury, it has to take forward its agenda for structural reforms to promote economic growth, the minister said in an interview with Johannesburg-based broadcaster Talk Radio 702 on Monday.

Africa’s most industrialized economy escaped a third junk rating on Friday when Moody’s kept the foreign- and local-currency assessments at Baa3, its lowest investment grade, and raised the outlook to stable from negative. S&P Global Ratings and Fitch Ratings Ltd. cut their assessments of the nation’s debt to junk last year after former President Jacob Zuma fired Pravin Gordhan as finance minister.

Ramaphosa, who replaced Zuma as leader of the ruling African National National Congress in December and as president last month, has since appointed Gordhan to head the ministry of public enterprises, which oversees state-owned companies.

While the other rating companies will consider the same issues Moody’s did when they review South Africa’s assessments later this year, Moody’s decision won’t affect them, Nene said. S&P is scheduled to make a ratings announcement on May 25.

“When they do review us, they will be judging us based on what the situation is then,” he said. “If growth begins to take off, if we begin to address structural reforms, then they are also likely to look at us in a positive light.”

South Africa must still deal with growth concerns but has made “very good improvements” in the fiscal path, which reduces downward pressure on the rating, Gardner Rusike, a sovereign analyst at S&P, said in Johannesburg Tuesday.

The company raised its forecast for South Africa’s economic expansion this year to 2 percent from 1 percent, accelerating to 2.1 percent in 2019, he said. This could help to improve the rating, Rusike said.

“We may have bottomed out on the current rating level,” he said.