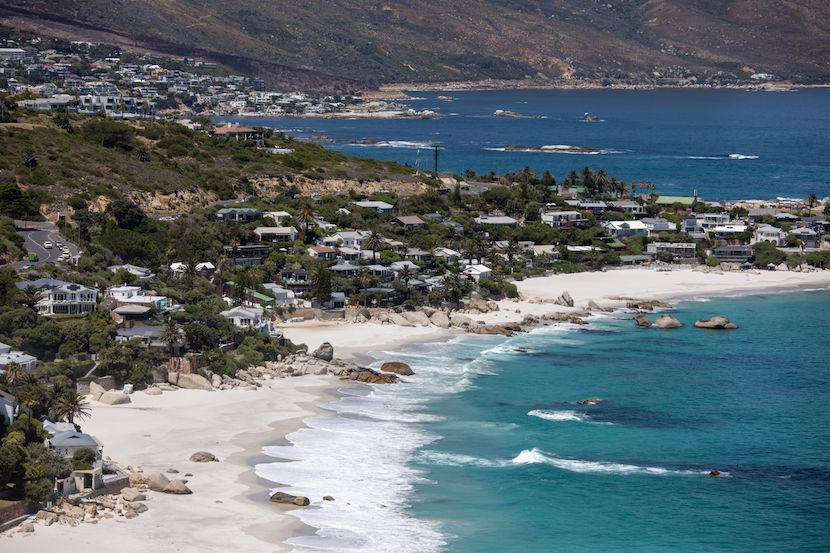 A comprehensive review of the wealth sector in Africa has found that Africa’s wealth has decreased over the last decade in dollar terms from $2.2trn to $2.1trn, and the number of millionaires with assets over $1m has dropped by 2000 from 136,000 in 2011. The number of centimillionaires and billionaires has however shot through the roof. In their report, Henley and Partners and New World Wealth (NWW) highlighted the rise of frontier economies like Mauritius while South Africa’s performance over the past decade has been poor, with total private wealth held in the country declining by 12%. A research director at NWW, Andrew Amoils, told BizNews about other trends they have identified including that many of South Africa’s superrich are abandoning their large houses and moving not only to estates, but into apartments, and investing in passion. They are predicting major growth in private wealth in South Africa and the rest of the continent in the next decade. The full report is available on BizNews.com. – Linda van Tilburg

There has been about a 7% drop in the African total high-net-worth numbers and private wealth is down around 7%. This is mainly because the currencies in most of the big African markets have performed quite poorly against the dollar and obviously, high-net-worth and total wealth numbers are measured in dollar terms. So, that’s the main reason for the drop. There have been certain economies that have struggled more than others, especially in the bigger markets like South Africa, Egypt and Nigeria. South Africa dropped around 12% and Egypt – which had a lot of instability related to the Arab spring – there was quite a large drop there as well. In Nigeria, the currency has been heavily hit against the dollar; with oil prices, these went down quite a lot at one stage although they have recovered now, which has had quite a bad effect on them. All the major markets have been affected by wealth migration where wealthy people have been leaving, and that has been a factor as well.

South Africa has lost fewer wealthy people than other BRICS; some have returned

It is probably 80% an organic decrease and 20% of the drop is caused by wealthy people moving. It is mainly the general economic conditions around the US dollar and the stock market and the property prices. Those are the main factors. Then about 20–25% of the drop is probably caused by wealth migration. Some countries have attracted wealth like Mauritius. Wealthy people moved there. South Africa actually hasn’t lost as many wealthy people because some wealthy people have returned to South Africa. So, the drop could have been worse and if you look at a lot of the other BRICS countries, the big emerging markets, they are losing a lot more high-net-worth people than South Africa. I think sometimes that it is turned into a bit of a bigger story than it is. In terms of places like Egypt and Nigeria, they’ve lost more in percentage terms. They have lost many more high-net-worth individuals than the migration out of South Africa. Also, a lot of the South Africans who left South Africa do sometimes return, which doesn’t seem to be the case with a lot of other emerging markets. It is the case sometimes in India and China, but in a lot of the other emerging markets, the high-net-worth individuals tend not to go back.

Three reasons why Mauritius has been the big winner

There has been really strong growth just over the last two or three decades. I think there have been three major factors driving that. There has been the growth in the local financial services sector, which has been massive; a lot of wealthy people have moved there; and also it is quite a safe country, one of the safest in the world. I think that has driven wealth because safety and wealth tend to complement one another. Those are probably the three main factors, and most of the wealth is being created internally. But as I mentioned, because many wealthy people have moved there, that has pushed the numbers up. While they are the wealthiest country in Africa in terms of per capita wealth, they have about a million and a half people. So, there are not that many people, which helps with per capita numbers; about $35,000 per person in net assets. South Africa is second with about $11,000 in Africa.

Investing in passion is becoming increasingly popular in South Africa

South Africa has one of the biggest fine markets in the world. It punches above its weight in terms of the size of its fine art market. Many South African artists have works that switch over $2–$3m; some of their top-end work. So that is very well established. Many have passed away, but they are in the South African market. Essentially high-net-worth individuals have bought heavily into a lot of those artists like Irma Stern, Maggie Laubscher and Pierneef. Over the last 20 to 30 years this has driven the prices up. Classic cars are becoming very popular; there are a lot of classic cars in the South African market. Although they’re often not auctioned here, they are owned by South African high-net-worth individuals. Yeah, a lot of those investments in passion are becoming increasingly popular in South Africa.

I think there are a lot of positive things we look at in South Africa in our report. The media industry is quite well developed, particularly the financial media. It has one of the biggest stock markets in the world that goes very well with the developed banking and wealth management sectors. It is a world leader in estate living, which shields it from some of the safety issues. It’s a hub for doing business in a lot of other countries in Africa. There are a lot of positive things in South Africa. I think the major risk factor in Africa is the safety issue. If you look at wealth in any country; if you look at the wealthiest countries in the world by per capita wealth, America is obviously the wealthiest in terms of total wealth. In terms of per capita, well, Switzerland, Australia, Monaco – which is a very small country – those countries are all very safe. Even some of the fast-growing high-income markets like Malta are also very safe. It is one of the key factors in terms of wealth growth; it isn’t a direct contributor to wealth growth, but it filters through to everything else in terms of business formation and everything else. Safety is the main risk factor in South Africa and, to be honest, in most African countries with the exception of perhaps Mauritius and Namibia, which are relatively safe.

There has been a big move to estate living and apartments. Apartments are generally the safest, and there has also been a move towards apartments on estates. It is a new trend over the last few years; it creates a double safety net because you’re on an estate plus you are in a compound. With an apartment, you have only one access point, one door; it’s naturally much safer. On an estate, there’s private security and all of that but it doesn’t shield the country completely because people cannot live on the estate their entire life. So, it has created a movement. If you look at the wealthy who have returned to South Africa from places like the UK, the majority have moved to estates or luxury apartments. Many rich people living in South Africa are moving away from freestanding houses and buying apartments, top-end apartments and places on estates. There are a few driving factors, it is not only for safety. It is a cost issue. Rates and levies have gone up so much on freestanding houses. Maintaining a big house is becoming more costly than it used to be so people are downsizing to apartments. There is a big movement away from freestanding houses towards apartments and luxury lifestyle estates. There are areas like Camps Bay and Clifton, which don’t have estates and probably never will and wealthy people will always live in those areas. But some of the other areas that are less well known and less popular among high-net-worth individuals might struggle as people move towards estates and apartments.

Major growth in private wealth predicted for Africa, and South Africa in next decade

Our forecast for Africa is around 40% growth over the next decade in terms of US dollar wealth. Well, this will be driven largely by really strong growth in places like Rwanda, Mauritius, Uganda and Kenya. We are expecting quite strong growth in Morocco, Zambia and Mozambique. So, we’ve got a pretty strong growth forecast for South Africa as well, about 35% over the next decade. I believe there are a number of reasons. We are expecting the currency to maybe perform a little better against the dollar, which has been a major problem over the last decade and has driven the US dollar wealth numbers down. We are also expecting very strong growth in the top wealth bands like centimillionaires going forward, and we’re expecting strong sector growth in areas like professional services, financial services and IP industries like business process outsourcing over the next decade. That is why our forecasts are relatively optimistic but with forecasts, you never know. We will have to see what happens.