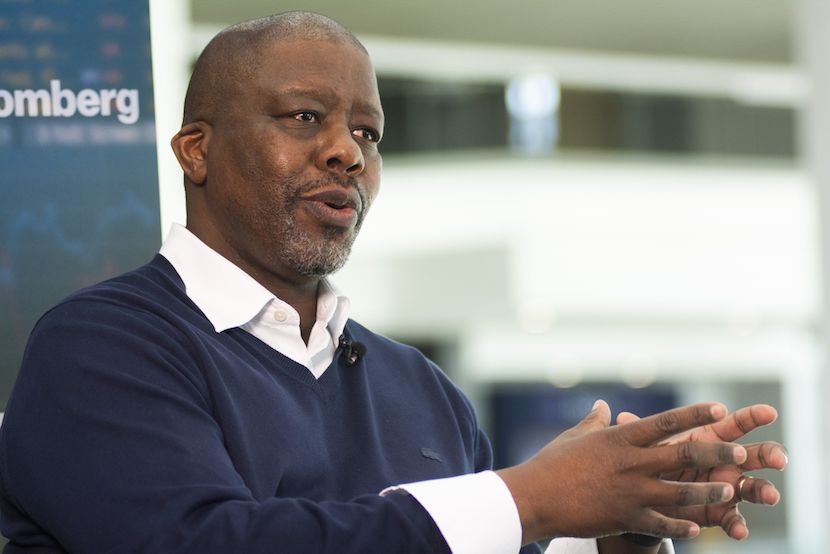 Big banks in South Africa are in a fierce battle to claim the top spot of the biggest and best bank in the country. And now there are several new digital banks that have popped up who want to challenge the hegemony of the big banks. This year there were retrenchments at Nedbank, which can be attributed to an onslaught from smaller, nimbler banks such as Bank Zero, Tyme Bank and Discovery Bank. And now South African regulators approved a bank operating licence for Goldman Sachs, which seeks further expansion in the South African economy. Deputy Group CEO of Absa, Peter Matlare told Biznews that all banks are in transition. – Linda van Tilburg

This coverage of the global conversation on change is brought to you by BrightRock, the first ever needs matched life insurance that changes as your life changes. Absa’s Peter Matlare is with me. Peter let’s start with the changing world of banking, especially in South Africa. I see now Goldman Sachs wants to start a bank in South Africa. How much competition is there for additional banks here?

There are different parts to that. The first is that all banks – globally – are in transition looking at their traditional platforms and finding different ways to serve customers, so in this new world of digital technology, of artificial intelligence, we are all having to transform ourselves. What advantage the new banks obviously have, is that they don’t have the legacy systems that we start out with or that we have. The advantage we have of course is we have customers as well as a whole range of products and propositions which the new banks might well still have to enter. So, I don’t think it’s an easy walk for anyone in particular, but I also would argue that no single bank is in a position to stand still. There’s a great deal of investment and we at ABSA – with our separation from Barclays – have spent a significant amount of money in separating from Barclays, but in that process we digitised a number of platforms across the board and so it’s an inevitability for all of us.

I’ve been looking at the share price, what do the movements that we’ve seen mean?

I suspect that if you think about the movement – and it depends on the term through which you look at those movements – you have an economy that is going through challenging times, which means consumers have challenging times and I would imagine that investors reflect on that and they must say to themselves, well you know what should we expect in terms of results and returns. I never think it’s wise to look at short term movements, you really have to look at the longer term. As our economy comes through the cycle I would imagine that hopefully all the stocks begin to rewrite over a period of time.

Is this a cycle? How do you rate what is going on in South Africa at the moment?

So. Globally. I think we’ve all seen that a number of countries have been going through a very difficult cycle. If I look at a number of the countries outside of Africa – where we have banks – we’ve seen even in those countries that growth has not always been as robust as it’s anticipated. Why do I start there. Because yes you’re absolutely correct in saying South Africa is going through a very difficult cycle. It’s not peculiar to South Africa. If you were to look at the recent changes in Argentina. You would have seen that that economy is going through a very difficult phase. And many markets that are similar to ours – Mexico etcetera. So I’m always cautious about becoming too narrow and inwardly focused about these things. They are global trends. That doesn’t mean we don’t have to work hard to get out of the cycle. But one ought to keep perspective.

Are you happy that the structural reforms that the government is talking about in South Africa will be implemented?

I work on the basis that they’ve now laid out the plan and minister Mboweni has been very clear in the briefing sessions this morning, both he and ministers Pandor and Patel put some very concrete examples on the table of where progress is being made. What they didn’t shy away from was where the challenges are. So in the energy sector there are definite challenges. But we’ve also been making some progress so we ought not to shy away from it. If you look at the structural reform that needs to take place in the logistics industry in order to bring down the cost of goods being transported from point A to Point B – whether it’s from farm to port or from manufacturers to ports – a lot of that work has to take place. If you look at the telecom sector and they talk about what needs to happen in terms of spectrum. So all of those are important things that have changed the direction of the economy. I have never thought that there are simple answers to complex problems and so in this instance, we’ve got to see positive movement and hopefully we’ll begin to see that.

There was an interesting report that came out this morning from the World Economic Forum about passwords and cybercrime. The conclusion was that you may as well not even have a password because people’s passwords are so insecure. Is your industry worried about cybercrime, specifically in South Africa?

I remember looking at a report sometime last year that said there was a time when banks were most worried about compliance and if you look at most financial services organisations around the world, one of the biggest areas that they’ve continued to invest in is cyber technology, because it brings with it a new set of risks, or different risks. Certainly, I know the South African banks – not only South African banks – have been making significant investments in this area. It’s a reality of the world we live in today.

The nice thing about South Africa is that when it came to banking we were able to leapfrog some of the technologies in the world, specifically mobile phones. Africa was actually fast in the adoption of it. What about something like blockchain, is there any future for banking in that?

I would imagine that there is no financial services organisation that’s not looking forward to the blockchain related technologies and certainly if you think about that in the context of the Fourth Industrial Revolution and begin to think about what blockchain can do, whether it’s up to a local government level, registry offices etc. So as I say with these things we have to keep our eyes on and apply ourselves to them. Do you want to be at the bleeding edge of technology? I don’t know. It’s something I struggle with but I certainly know that as these gain momentum, we shouldn’t be far behind.

So what do you gain from a meeting like this?

The analogy I’ve been using over the last couple of days is I really find this very similar to a watering hole. A watering hole where you go to quench your thirst. To be rejuvenated. You rejuvenate the mind, rejuvenate relationships, you find old friends and you make new friends. You think of things in a very different way. One of the great things about the WEF is there are always interesting sessions and interesting individuals that help you see things on a horizontal plane and not just on a vertical plane, whether it’s in relation to global warming, whether it’s in relation to financing of entrepreneurs etc. I find it an extraordinary place. You need to apply yourself and be very clear about what to do, otherwise you can wander around and get lost.

Thank you so much for speaking to us and thank you for your time. That was Absa’s Peter Matlare.