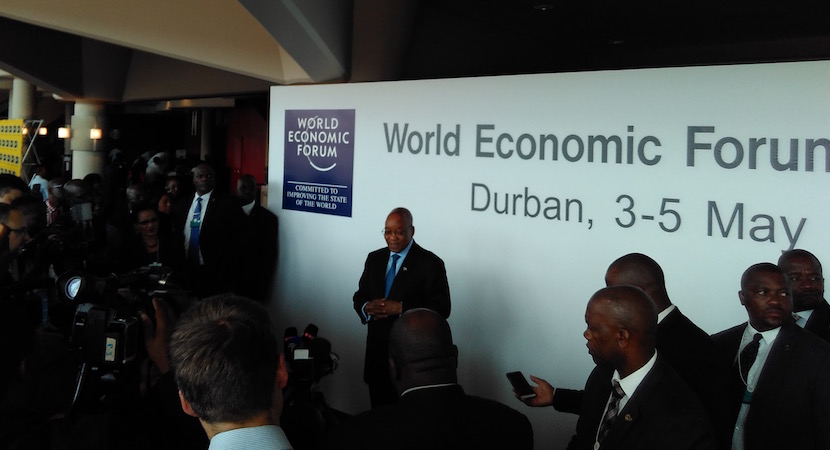 The World Economic Forum for Africa opened today, with many South African dignitaries doing the rounds. President Jacob Zuma was as usual on top form, responding to this weekend’s booing, saying it shows how healthy the country’s Democracy is that such behaviour is accepted. Close on his heels was his recently employed Finance Minister Malusi Gigaba. Gigaba was tugging the forum’s line of ‘inclusive growth’, which many sceptics may question, given the close proximity of his controversial adviser Chris Malikane. Malikane’s push for radical economic transformation, and a subsequent call for arms, may leave many doubters. But the inclusive growth theme is for the entire continent, and this year’s aims for such a target through ‘Responsive and Responsible’ leadership. It’s a few days that are sure to keep political and economic enthusiasts engaged. So stay tuned to Biznews.com for more insight. Here’s deputy managing editor Gareth van Zyl with the WEF Africa diary day one. – Stuart Lowman

I’m the Deputy Managing Editor at Biznews.com and this video is brought to in partnership with RMB. This week, we’re at the World Economic Forum for Africa, here in Durban. It’s been an interesting day. We caught the red-eye flight from Johannesburg down to Durban this morning and when we arrived, we saw quite a few high-level politicians and CEO’s doing the walkabouts.

President Jacob Zuma was doing a walking tour and answering a few questions from journalists. While Malusi Gigaba was also doing the rounds and of course, this is going to be a big week for Gigaba. It’s probably his first high-profile meeting since he was appointed as Finance Minister and he’s been talking up this whole concept of inclusive growth – trying to move away from the talk around radical economic transformation, although that seems to still be quite a big theme within government.

And it seems as though government is now trying to present a different front to business, so it’s going to be interesting to see how Gigaba interacts with business here at this high-profile event.

A lot of CEO’s and top level executives that I’ve been speaking to today, have also been talking about this whole need for inclusive growth. It’s really time that Africa starts to move beyond just focusing on its commodity-driven economic surge and starts to focus more on including people in the knowledge economy.

Events like these are pretty key for discussions like that but time will tell as to whether this may just be another talk-shop. Thanks a lot for tuning in and keep tuned in for more insight. Cheers and bye.