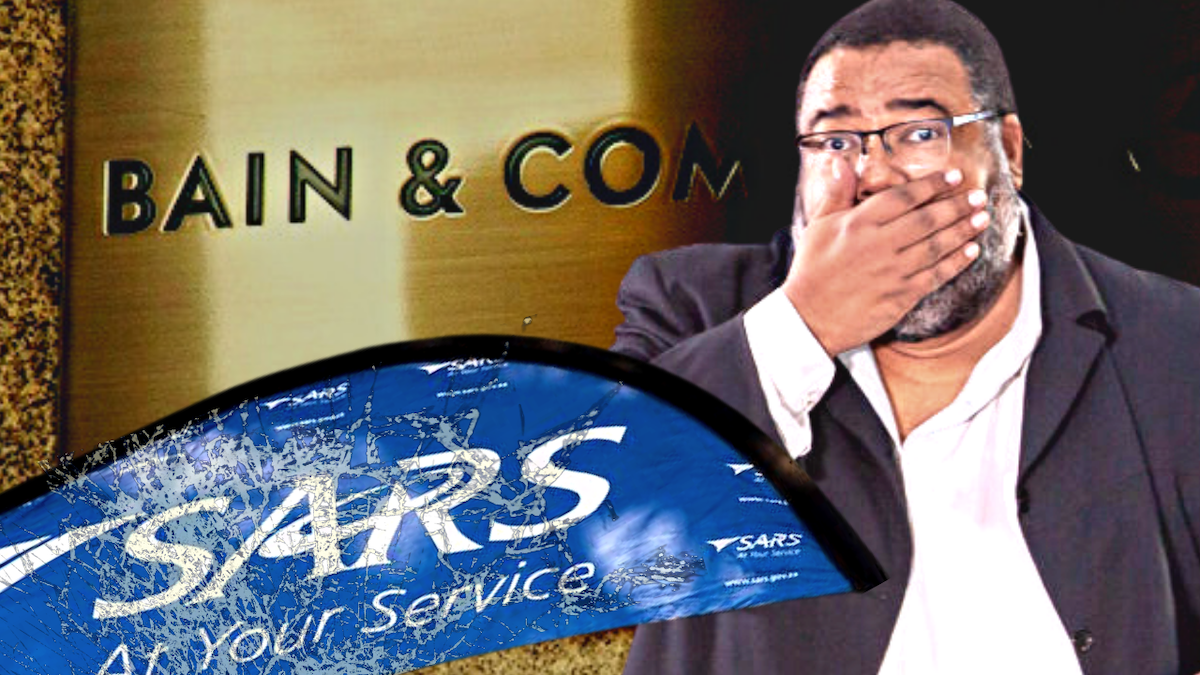 Simon Lincoln Reader argues that it was members of Britain’s deep state who recently attempted to persuade Jacob Rees-Mogg, UK Minister for Brexit Opportunities and Government Efficiency, not to ban Bain & Co from UK government business for its role in destroying the South African revenue service. He is incredulous that anyone can still deny the presence of the parallel centre of power inherent in the permanent bureaucracy or civil service in a country which often has its own agenda, and often acts to undermine the policies of the government it’s supposed to support. Read his analysis below of the various politically correct statements made by corporations in their cynical attempts to determine the individual’s values. – Sandra Laurence

You’d have to be a douchebag to dismiss the “deep state” as a conspiracy idea. The “deep state” as it relates to developed, western nations is a very real, very obvious thing: it’s the civil service, or the permanent bureaucracy, that in both America and Britain has blobbed so extravagantly in the past two years of the permanent emergency, like filling a perspex glove with Fanta Orange, to form its own centre of power which today frequently acts to undermine the elected government’s policies. It was members of Britain’s deep state who recently attempted to persuade Jacob Rees-Mogg, UK Minister for Brexit Opportunities and Government Efficiency, NOT TO ban Bain & Co from UK government business for its role in disembowelling South Africa’s revenue service.

You’ve probably heard that Peter Hain and Athol Williams approached Rees-Mogg some months ago, that he listened intently (something he’s famous for), and asked considered questions. No doubt you’ve heard that as a result of Hain and Williams’ lobbying, and Rees-Mogg’s subsequent swift action, Bain & Co have been banned from working with the UK government for 3 years. But what you might not have heard – and what Hain and Williams certainly didn’t know at the time – is that Rees-Mogg was in receipt of opinions that sought no sanction against this company. What kind of a depraved bastard you ask, could be aware of the damage instigated by that company in South Africa, yet still carry water for them in Whitehall? Permanent secretaries, under secretaries, assistants to secretaries, researchers and other catamites – ie Britain’s deep state – is your answer: all of the view that Bain & Co were too important a City feature to censure.

Why does the deep state consider them too important? One look at their Twitter feed explains this. They’re in the same race to the bottom as their contemporaries, with peripatetic squealing about climate and ESG (trust me, boys: after the winter we’re about to have up north, no sensible person will be uttering that homoerotic acronym past March 2023). The deep state folk are into big climate – in addition to big CRT and big trans. In that stinker of a June in 2020, the permanent secretary for the Department of Education in the UK, a white man called Jonathan Slater, published – without approval – racially provocative statements condemning white people under his work email signature, then ordered colleagues to do the same.

These sorts of people did not believe Bain and Co should be punished because they are all part of the same parasite. Companies like Bain & Co produce visually appealing slide shows on Diversity, Inclusion & Equity (DIE) which they then shove into the mouth of the deep state, which gargles before spitting out the crap in forums beneficial to its own power augmentation. Recently at dinner I sat next to a partner at McKinsey who couldn’t explain what real checks and balances the company had initiated to avoid another clusterf*** in Johannesburg. “We…weren’t the only ones…” was all he could mumble – because, apart from some platitudes, they haven’t done anything, because doing something would impact the parasitic consultancy business model, fisted by people like Mitt Romney in the early 80s – the objective being to rip people a new one, whilst defiantly claiming to their faces: “I am NOT ripping you a new one.”

Good appears to have prevailed in London but I’m not convinced that this will be received as it should – a conscious appreciation of where we’re going with this type of shit. Mandarins in London seeking to exonerate Bain & Co confirm the state is now complicit with corporations’ attempts to determine the individual’s values. In what has to be the world’s biggest facade, you have companies like Bain & Co encouraging climate panic attacks, civil disobedience without scientific basis and de-legitimisation of women’s equality – having just destroyed the prospects of young black people in a township outside Pretoria.

Rees-Mogg did something, but he did not go far enough. I would have jailed that exotic woman – no less than Abu Ghraib. When it comes to management consultancy corporate malfeasance, we need less fines and more fatwas.