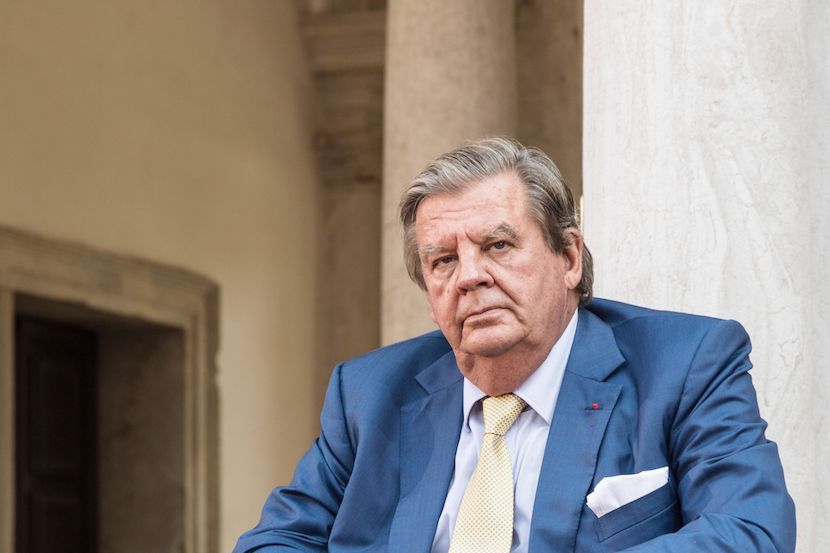 There is little doubt regarding Johann Rupert’s ability as a businessman. Shrewd business acumen runs in the Rupert blood; his father Anton founded the original Rembrandt Group in the early 1940s. More than 80 years later, the Rembrandt Group has been transformed into three different investment vehicles: Remgro, Richemont and Reinet. Together, the businesses are worth over one trillion rand, with each vehicle housing different interests.

Remgro is the investment holding company, which has predominantly been invested in financial services businesses, with the company pivoting towards more technology-focused investments over the last 12 to 18 months. This is owing to the fundamental shift in lifestyle that has come as a result of the pandemic.

Reinet’s primary investments are its interests in British American Tobacco and unlisted UK-based financial services provider Pension Insurance Corp, which together constitute more than 80% of the portfolio. Lastly, Swiss-based luxury goods company Richemont is the largest of the three – by some distance – worth a total value of over R900bn (Remgro: c.R70bn; Reinet: c.R55bn).

Since spinning off Rembrandt’s international assets into Richemont years ago – which houses several of the most loved fashion brands including Cartier, Montblanc and Peter Millar – it has achieved a compound annual growth rate of around 20% for the last 15 years.

R100,000 invested into Rupert’s international assets portfolio would have returned c.R1.4m since the unbundling, which is an incredible return for that time.

The company has successfully managed to penetrate lucrative markets in Asia, and the industry as a whole is known to be defensive in nature, which is somewhat counterintuitive. Luxury goods as a defensive industry during an economic downturn? History tells us so.

Luxury goods sales have ballooned following the Covid-19 pandemic. Richemont’s share price has gained 75% in the past year, adding more than R350bn in value. Rupert’s 9.1% stake in Richemont is the primary source of his wealth. The value of his 9.1% stake is c.R80bn.

As with other holding structures, Reinet has struggled to narrow the discount between its net asset value per share and its share price, a discount of around 40%. Reinet has slowly started selling off its stake in BAT over the years, with its holding accounting for 80% of the funds worth when Reinet initially listed.

Pension Insurance Corp has become the largest asset in the fund, together with BAT comprising 85% of the total assets of the business. Analysts have criticised the lack of diversification and hefty management fees as reasons for the large share price discount relative to the fund’s net assets.

Walter Aylett, one of South Africa’s top asset managers, was recently on the BizNews Power Hour, describing Reinet as Johann Rupert’s “stay rich” fund. Reinet is the largest position in all of Aylett and Co.’s investment funds. He describes the investment as asymmetric in nature with large upside. Johann Rupert’s 25% stake in Reinet adds c.R14bn to his net worth.

Remgro is a diversified investment holding company with its interests consisting mainly of investments in healthcare, consumer products, financial services, infrastructure, industrial and media industries. Although the company does have rand-hedge exposure, it’s predominantly a diverse play on the South African economy. Remgro holds a combination of listed and unlisted assets.

Again, as mentioned, holding structures such as Remgro and Reinet have a perennial problem of trading at large discounts to their net assets. Remgro’s listed investments include Mediclinic, Distell, RCL Foods, RMI and FirstRand. It has started to invest aggressively in more technology-focused investments such as Community Investment Ventures Holding (CIVH), the holding company for Dark Fibre Africa and Vumatel.

CIVH was valued at R27bn in Remgro’s latest annual report, of which the company has a 55% stake. Kokkie Kooyman said Remgro is regarded as visionary, slowly moving away from financial services into technology sectors owing to its change in outlook as a result of the fundamental shifts in consumer trends following Covid-19. Rupert’s 7% stake in Remgro adds c.R5bn to his net worth.

Between the three listed vehicles, Johann Rupert has a combined c.R100bn stake. To put that into perspective, a company of that size would walk into the JSE Top 40. Together, the businesses provide diversification, with each vehicle’s drivers of earnings and risks different to the next. Given Rupert’s success over the years, it would be tough to bet against one of South Africa’s greatest businessmen going forward.