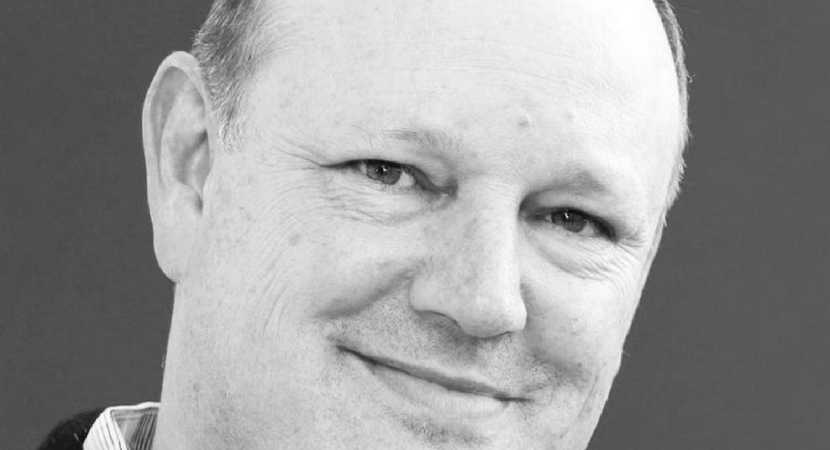 EDINBURGH —  Not everyone in the South African diaspora is on the run from corruption and crime. Many of us are working outside South Africa because that’s where the opportunities in our, or our partners’, careers and businesses lie. Some just want to travel or build up savings in low-tax havens. While there are inevitably some who have left the country and talk down South Africa at every turn, there are many who believe that the country is not a basket case. For people like this, me included, it is good to be reminded of the recent improvements that President Cyril Ramaphosa and his team have implemented. The respected leader of OUTA, Wayne Duvenage, led the charge against corruption in the Zuma years. In an open letter to South Africa, Duvenage sets out the many reasons South Africans should be optimistic about the future. He is promoting a #Stay&Fix attitude, but he should not forget there are many South Africans who are very willing to do their bit to promote growth and prosperity from afar. – Jackie Cameron

The most common questions encountered at the many talks and societal engagements I attend are ‘is there hope for the economic future of South Africa?’ and ‘seriously, shouldn’t we just pack up and go now?’ or ‘are we winning the battle against corruption?’

My short answer to those who are anxious about our future is to dwell less on what is wrong and to open your eyes to what is really happening. The more we are able to determine and see the positive signs of sustainable change, the better we will be at generating positive impetus for growth and prosperity by those who choose to #Stay&Fix South Africa.

There is no denying that South Africa is suffering from the corruption upheaval of the Zuma era that pushed us into massive economic hardship and to the brink of collapse. Furthermore, corruption, incompetence and maladministration by many in positions of authority in national and local government still exist and are a significant challenge to our future prosperity. We have our work cut out for us in this department.

Sadly, however, human nature in stressful times tends to allow negativity to take hold. It clouds our ability to see the signs of positive change by new leadership committed to turning things around. We forget that change doesn’t happen overnight and that when turning a massive ship around towards a favourable destination, the extent of the change becomes evident when we look back to see the wake of our revival.

However, the extent of change is not always easy to gauge in the early days as the pace of change is never quick enough to satisfy our natural desire and hungry human nature for a big and fast-paced change, especially after a prolonged period of damaging leadership. And when that doesn’t happen it gives rise to growing frustration.

Throw in a few curve-balls such as Eskom load shedding and you get massive spikes of negativity to catalyse thoughts and group discussions of giving up and emigrating. This is where we are right now.

Looking back to move forward

Consider for a moment where we stand today compared to 15 months ago when Jacob Zuma was still in power. The Zuma cabal was confident of winning at the ANC’s five-year elective conference in December 2017, yet they didn’t.

We need to understand that had Team Zuma won that battle, Tom Moyane would still be in charge at South African Revenue Service (SARS), Shaun Abrahams at the National Prosecuting Authority (NPA), Lynne Brown and the destructive forces would continue to plunder away at Eskom, along with a host of other connected cohorts wreaking havoc in many positions of authority. The last remaining “positive” ratings agency, Moody’s, would most likely have downgraded us to junk status and the international and local investment fallout would have been in full swing.

Well, that didn’t happen and very quickly we became upbeat as Cyril Ramaphosa took the reins of national leadership from Jacob Zuma. Our appetite for change and corrective action ran high and placed us in a state of mind that expected more to have happened by now.

We became blind to the complexity and enormity of the turnaround job that lay ahead and the massive “Zuma-era hangover”, with which CR and his new team have to contend, not to mention the internal ruling party factionalism and external election rallying. Throw into the mix constant rating agencies’ scrutiny and a society baying for more, and it is safe to say that Ramaphosa occupies the toughest job any South Africa president has faced.

Read also: Heystek and Hogg on future of SA: For better, for worse? Have your say!

Despite all these pressures, encouraging developments within the vital institutions that ensure national stability (which were systemically destabilised by Zuma and his cronies) are now adding to the momentum of change that we seek. Think about the recent revelations at the various commissions of inquiry, the introduction of new capacity within the NPA, at SARS and the Hawks and of the many (often not published) new proclamations resulting from the good work undertaken by the Special Investigations Unit (SIU).

Let’s not forget the significant Cabinet changes undertaken soon after Ramaphosa became president. Remember too the amendment he introduced to the terms of the State Capture Commission that allowed for evidence presented therein to be used in future charges.

Then there are the banks announcing the closure of business accounts of African Global Operations (formerly Bosasa), just as they did against the Gupta companies, adding another effective mechanism to tackling money laundering and corruption in South Africa. One cannot emphasise enough how important these decisions and developments have been in our journey of recovery.

While the recent arrest of Bosasa and past Correctional Services bosses and others has been music to our ears, people ask:

“But why hasn’t the President had Zuma, Koko, Zwane, Motsoeneng, Seleke, Molefe and others arrested yet?”

Well, for starters, the president may not command arrests. That process resides within the NPA and the Police, aided by the Asset Forfeiture Unit, SIU, Hawks and SARS. Encouragingly, these same institutions are currently being restored, fortified and de-Zumafied to enable the rule of law to start working again.

Let us also be mindful that some cases are just more complex than others. Some need more “ducks in a row” before the trigger is pulled, while others have the external pressures of political chess and factionalism that take longer to break down in order to achieve desired outcomes.

High on the juice of positive thinking?

Some may believe that any positive view of the present dire situation could be a case of getting high on the mantra of head-in-the-clouds thinking, or being blinded by Ramaphoria or even being a government or political party lackey that seeks to sugar-coat and downplay the enormity of our problems. And society has a lot of them.

While driving a positive narrative does help to increase the energy in any system, effective civil intervention requires that we remain pragmatic and apolitical, giving credence to developments that generate momentum, consistency and sustainable positive change, while constructively criticising, challenging and seeking to amend government’s inefficiencies and ill-doing.

The focus is on Shamila Batohi and her beefed-up team to re-energise the rule of law – and in fact, this is already underway. Just as the water flows in a dry riverbed after good rains, it starts at first as a trickle. The challenge, however, is to ensure it doesn’t turn into a raging torrent that is out of control and doing more damage than good.

What we seek is a longer, controlled flow of energy that is contained, less destructive and more effective, as the authorities round up and charge the culprits that set our nation back by a decade or more.

As civil society, we must not relent in applying pressure for the government to fix our broken state entities and to introduce the competence and visionary leadership that is able to take tough decisions.

Neither must we decelerate civil society’s opposition to irrational and failed policies such as e-tolls, the dubious Xolobeni mining and N2 toll road decisions, or the forthcoming flawed Aarto process and other matters that questions Government’s legitimacy.

These issues, along with gross electricity tariff hikes, questionable taxation policies, bloated and inefficient government departments and failing municipalities, will keep civil activism dynamic and prevalent for years to come.

While I maintain that we should all commit to challenging that which is wrong, or at least support those organisations which do so, let’s also acknowledge significant positive developments when these are evident.

Without being blind to the stormy waters and uncomfortable swells that lie ahead, now is the time to promote a #Stay&Fix attitude that will ensure hands on deck to give us a better chance of survival and greater prosperity.