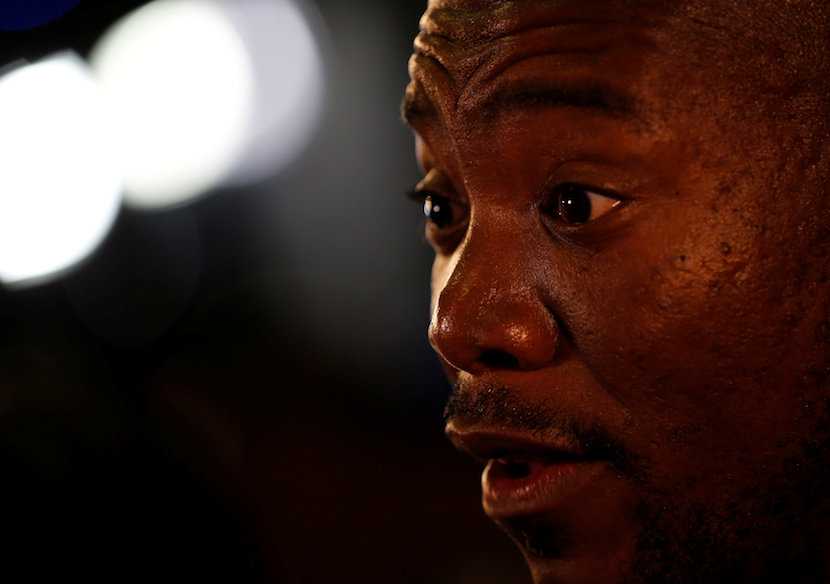 If President Ramaphosa won the election for his party, Mmusi Maimane must take responsibility for the poor performance of the Democratic Alliance (DA), exemplified by Schweizer-Reneke voters abandoning the party in droves. According to former DA leader Helen Zille, the party lost every single voting district which they once comfortably held in that town. Why is that important? Remember the explosive social media posting of a seemingly racially segregated classroom (posted by DA federal youth leader, Mr Luyolo Mpithi)? Well Maimane came to his defence – and the party got punished at the polls by a town united behind a teacher who fell victim to race-baiting. Institute of Race Relations Fellow John Kane-Berman, a veteran observer of South Africa politics, unpacks the recent political fortunes of the leaders of parliament’s two largest parties. He urges Ramaphosa to restore confidence in an economic revival and return to political sanity by asserting the power of the Constitution over his party, instead of the more accustomed Soviet model of making the institutions of government subordinate to those of the party. We’ve just seen that principle taken to the nth degree by the Zuptoids who conflated political hegemony with outright larceny and corruption. The article was first published on Daily Friend. – Chris Bateman

The African National Congress (ANC) has no means of knowing whether the man who ran its recent election campaign, Fikile Mbalula, was wrong in claiming that without Cyril Ramaphosa the party would have garnered not 58% of the vote but 40%.

This creates an opportunity for Mr Ramaphosa to shift power back from party headquarters at Luthuli House to the presidency and Parliament.

The ANC and its communist and trade union allies will no doubt be outraged, but there is little they can do if Mr Ramaphosa now (albeit belatedly) asserts the supremacy of the Constitution over his party. Since the end of the Mbeki era, South Africa has increasingly adopted the Soviet model of rule, making the institutions of government subordinate to those of the party.

This is contrary to the spirit of the Constitution. Nor is there any obligation upon the president of the country to consult anyone at Luthuli House when he appoints his cabinet. The only constitutional requirement is that all except two ministers must be members of the National Assembly. The Constitution also stipulates that members of the cabinet are accountable to Parliament. There is no mention of party headquarters.

Despite this, power in the Zuma era shifted from government to party. President Ramaphosa needs to reclaim it. There is no better way to move decisively in this direction than to appoint a cabinet of his own choosing. Nor is there any better time to demonstrate who is boss than when he is fresh from his personal election triumph and with the secretary general of the ANC, Ace Magashule, hardly in a position to resist when he is presented with a fait accompli.

If Mr Ramaphosa won the election for his party, Mmusi Maimane has taken responsibility for the poor performance of the Democratic Alliance (DA), whose growth he has reversed. Some months ago this column criticised him for his mendacious attempts to defend his federal youth leader, Luyolo Mphithi, for race-baiting behaviour in Schweizer-Reneke, where he helped to terrorise a white schoolteacher, Elana Barkhuizen.

It was therefore immensely gratifying to learn from a former leader of the DA, Helen Zille, that her party had “lost every single voting district we once comfortably held” in that town because of what she described as “the DA’s racial posturing”. To add insult to injury, Mr Luyolo is now a DA MP. There he will find plenty of race-baiting soul-mates among MPs representing the ANC and the Economic Freedom Fighters (and in his own party).

According to Ms Zille, her party’s decline can be attributed primarily to its loss of well above 200,000 votes to the Freedom Front Plus (FF+). Some party insiders reportedly want to tell these lost supporters “good riddance”. Like Hillary Clinton’s dismissal of some of her opponents as “deplorables”, the DA blames its losses to the FF+ on the “rise of populism”. If disgust at race-baiting causes one to become a populist, then perhaps we should all become populists.

The DA is at a crossroads. It cannot keep claiming to hold what its federal chairman, Athol Trollip, describes as the “moderate non-racial centre ground” while also touting policies that see race as a person’s defining characteristic. This is the kind of double-talk that helped to destroy the old United Party and which gave rise to the launch 60 years ago of the Progressive Party, the ancestor whose values the DA now renounces.

Most Afrikaans speakers still vote for the DA. But the FF+ has had a good election, more than doubling its MPs and tripling its members of provincial legislatures (MPLs). It now has 10 MPs and 11 MPLs. This growth alone may give it more appeal to Afrikaners, especially if the Constitutional Court persists with judgments hostile to Afrikaner cultural rights (such as the Tshwane street names judgment in 2016 and the University of the Free State language policy judgment in 2017). Continuation of the DA’s racial confusion and policy opportunism may also make the FF+ more attractive to traditional English-speaking liberals, other minorities, and perhaps even some black Africans attracted by the “fight back” slogan.

Some in the DA may think an attitude of “good riddance” (to its erstwhile white supporters) will give the party more appeal to blacks. But as it becomes more and more of a uni-racial party, and moves closer and closer to the ANC on racial (and other) policy, it will become less and less effective as the official opposition. What then exactly would be the point of the DA?