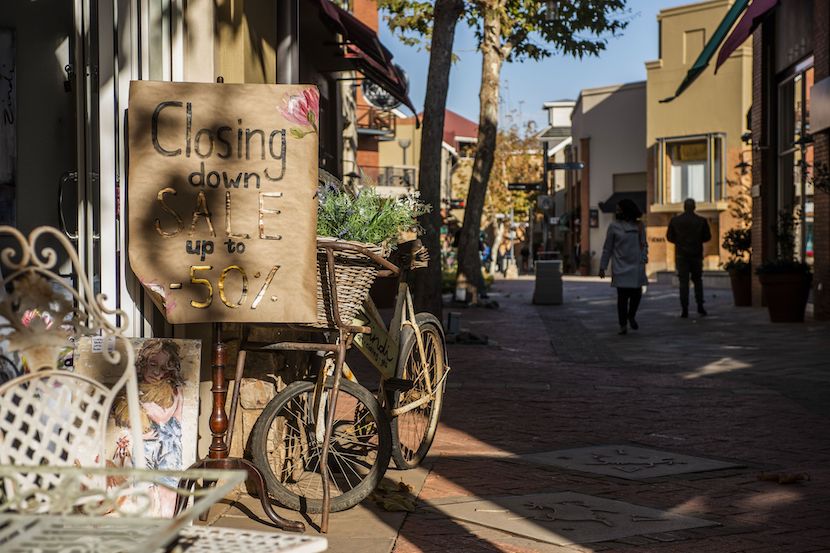 What is it about wealth and status that renders human beings numb to the plight of the poor and less privileged? Lack of empathy is a given. Unless, of course, they came from extremely humble beginnings and have strong memories. Here Andrew Kenny, writing in the Daily Friend, delves into the hypocrisy of the ruling party whose members chew on the lush fruits of rule, most of it plucked from the tree of capitalism, driving fancy cars and sending their kids to private schools. This while making it impossible for any small entrepreneur to run a successful small business that could deliver them from penury. Referencing North and South Korea as demonstrating polar opposite economic outcomes through differing ideologies, he speaks of the ANC’s outdated romance with socialism/communism, citing crushing BEE requirements, racial affirmative action, highly restrictive labour laws, elitist central bargaining councils, minimum wages, employment equity laws, and miles of red tape. Not a lifeline for small business in sight. – Chris Bateman

Why the ANC hates small business

There is only one thing that stops South Africa from having the thriving small business community that would solve our awful unemployment, make our economy grow, and bring prosperity to millions of our poor South Africans. That one thing is the government; which means the ANC.

The ANC dislikes business in general (naturally; its ideology is communism, and its most influential thinkers are communist) but it particularly dislikes small business. The reasons lie deep in its psychology. It is a psychology shared by many other governments although to a lesser extent.

In his State of the Nation Address, President Cyril Ramaphosa said that only the private sector could provide jobs and the duty of the state was to provide the right framework for it to do so. This was considered daring because, although it is true, it was thought brave to say so in front of the comrades. It is not completely true. The state can, in a few limited instances, provide productive jobs. Eskom, the state electricity company, did so before 1994; it supplied cheap, reliable electricity and had productive jobs. (Now it supplies expensive, unreliable electricity and has twice as many jobs, half of them unproductive.) Mostly, though, it is the private sector that provides most good jobs.

A deep conflict takes place in the subconscious of the ANC and Communist Party leaders. On the one hand, they despise capitalism and private companies; on the other, they adore them and know they deliver superior goods and services. Communist leaders spout Marxist slogans as they send their children to private schools, as they attend private hospitals, and drive expensive cars made by private companies. When the ANC announces South Africa is “open for business”, it goes out of its way to close South Africa down for business, with crushing BEE requirements, racial affirmative action, highly restrictive labour laws, elitist central bargaining councils, minimum wages, employment equity laws, and miles of red tape. These measures hobble big business and crush small business. Deliberately? Yes, I think so, but at a subconscious level, from a subliminal hatred of little people acting on their own, independently of their masters in government.

The sectoral bargaining councils are essentially rich cartels with statutory powers, where powerful trade unions, political bosses and big business set conditions for business that small businessmen cannot possible meet; so, they are driven out of the economy, much to the delight of the government and the trade unions. Big business can survive week-long strikes; small business cannot.

Nature of a business

Furthermore, the nature of a business changes as it gets bigger. The little businessman is simply out to make a living, which he can only do if he makes a profit, which he can only do if he provides good, affordable products and services. Pure greed compels him to serve the people; he cannot survive if he doesn’t. The big businessman is rather different, and a giant corporation is entirely different.

A giant corporation begins to look like government. It employs people who haven’t got the slightest interest in profits and are consumed with status and company politics; it begins to get ideological. Big corporations become woke. Their human resources departments begin to resemble university sociology departments. They start teaching critical race theory to their staff. Big energy companies such as Sasol start pretending to believe in the nonsense of climate alarm. They become so powerful financially that they can lobby and influence politicians and even command them, to buy their products through state tenders, to close down local competitors and to raise tariffs on foreign competitors.

Recently in the US, the giant drug corporations persuaded public health officials to close down medical treatments that competed against their vaccines for Covid-19. All of this endears big corporations to the state. The CEO of a massive corporation and the relevant minister find they have more in common with each other than they do with their lowly voters or their lowly employees. In South Africa, powerful black men of business and politics, such as Patrice Motsepe and Cyril Ramaphosa owe their enormous wealth and power to nice deals they did with giant white corporations. Small business can offer no such favours.

South Africa now has 47% unemployment (including those who have given up looking for work). She also has a huge informal sector, consisting of few entrepreneurs, some developing high homemade skills, struggling to earn a tiny income by selling, making and serving on the streets and in the townships. The formal economy can never progress unless it is made formal; it cannot raise capital, enforce contract, find reliable trading partners, or secure markets. It needs to enter the formal economy and became part of small business.

Countries round the world, especially in the Far East, have developed prosperous, advanced economies simply by freeing small business from labour laws, minimum wages and bureaucracy. The ANC knows this but hates the idea and won’t allow it. University academics, mostly snobs and therefore mostly socialists, agree with them. They would rather a poor black man starved to death than worked for another poor black man at less than the minimum wage. They would rather a black woman was forced into prostitution rather than worked at less than the minimum wage. This makes them feel virtuous and superior.

So, we keep the wretched laws that crush small business and drive people to hunger, crime and hopelessness, and we listen to ANC leaders such as Cyril Ramaphosa making one false promise after another to promote jobs and we feel only numb despair.