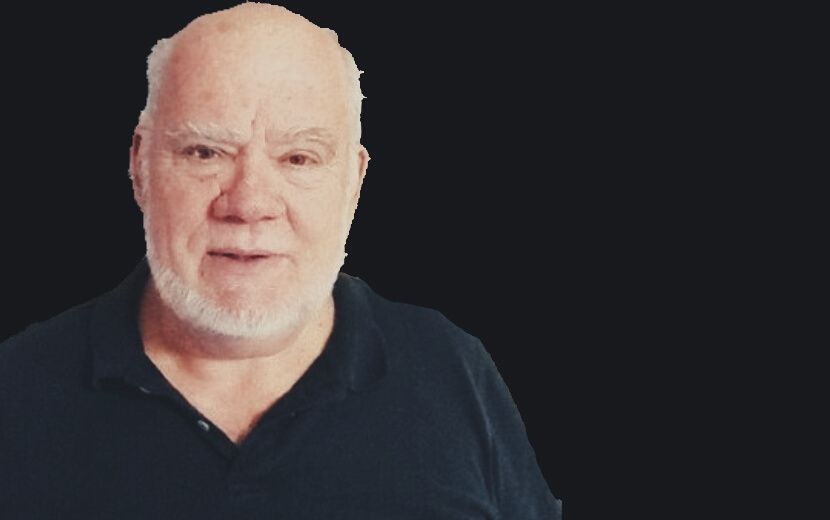 The ‘Arch’ would be proud of this rigorous argument by the executive director of his eponymous foundation bemoaning the sidelining of religion in our all-too-woke modern society. Chuck Stephens, writing in his own capacity, brings us back to the lodestar of values that have withstood the vagaries of extremist politics over centuries. Our spiritual flag bearers have shifted the way we think and behave by standing up to the politicians of their time, often paying for it with their lives, yet changing entire societies. Steve Biko spoke about black people freeing themselves by changing the way they hold themselves, and Stephens gives us a potent example of how vice-like that grip of societal conditioning is by citing a characteristic anecdotal confession of Madiba’s. The writer questions the commonly corrupted definitions of what right and left are, certainly in the reportage of Russia’s invasion of Ukraine, not to mention the USA and France. This piece traverses some vast territory but is not a whit less intriguing for it. – Chris Bateman

There is a reason why the four ‘odd couples’ outlined below share one and the same acronym: WTF. But it will become self-evident.

Long after colonialism ended, there was a lingering problem; colonisation of the mind. Citizens had been programmed to think a certain way. Do you remember Nelson Mandela relating how he snuck out of South Africa as head of Spear of the Nation (the ANC’s armed wing)? He entered Botswana and a plane carried him all the way to Tanzania to meet Julius Nyerere. Then he went on another flight into Sudan, where he caught an Ethiopian Airlines flight to meet Haile Selassie in Addis Ababa. In those days, Ethiopia already had its own airline. That country was never colonised, so its pilots were black. Mandela describes how he noticed – as he boarded the commercial flight – that the crew was all black. His instantaneous reaction was to turn and get off the plane! He panicked. Until his mind took control of his heart. That is a great example of how we are programmed to think a certain way. That is why wokeism has proposed some transitional frameworks to get us thinking in a new way.

Wokeism wants to literally change the way we think. For example, it wants to replace the dates that whites first landed in America with another date: when blacks first landed in America. For that is where the true story begins. We are getting bombarded with new and different perceptions of the past and the present. I have picked four odd couples in this respect, that confuse me.

The first is the allegation that the right is synonymous with authoritarian. It’s as if conservatives are not democratic. One would think by listening to woke absurdity that everyone who thinks in a fiscally sound way is a despot. As if it takes dictators to run an alt-right government. The corollary of this is that leftists are big spenders whose solution is to pay their way out of recession. They just print more money, causing inflation to rise.

I dispute this. Most conservatives engage with elections and play by the rules of democracy. Take Le Pen in France. She is definitely right wing, and fought hard to unseat the incumbent President Macron. She made big gains for her party, but it was not enough. So, she made a gracious concession speech. The alt-right behaves itself constitutionally from Texas to Florida to France to the UK.

This makes me wonder about Russia. It is no longer a communist country. Its democracy is a bit of a farce. And now it is behaving badly. It is an oligarchy more than a democracy. And its ruler is now acting in a very aggressive way, invading a neighbouring country. The last dictator to behave like that was Saddam Hussein when he tried to swallow up Kuwait.

This brings me to a second odd couple. I have always regarded Hitler as right wing. But he was a socialist. ‘Nazi’ stands for national socialist. I think that he stood for German nationalism more than he stood for the left. And he was very authoritarian. In fact, he despised communist countries and invaded Russia trying to get rid of that scourge. Some say that his military efforts were bank-rolled by the alt-right who did not want to let communism penetrate into Western Europe.

So, who are we to believe, when Putin says that he wants to save Ukrania from neo-Nazis? What strange language is this? How can a country with a Jewish leader tolerate or promote neo-Nazis to the point that a neighbouring country invades to stamp out that scourge? Is he using language in a way that suggests Ukrainian nationalism is combining with socialism in a similar way to Hitler? And that is, of course, anathema to Putin’s dream of a Slavic zone in Eastern Europe? Back to the future, because over a thousand years ago, Slavic culture revolved around Kyiv. Until it was decimated by Ghengis Khan. A few centuries later, as that Rus culture re-emerged, its centre was in Moscow, not Kyiv.

Obviously, the globalists are trying to supercede nationalism. That could explain NATO’s expansion onto Russia’s doorstep. That really got up Putin’s nose. Too close for comfort. Those Nazis!

A third odd couple goes something like this. Religion is as bad as nationalism, maybe even worse. It stands in the way of globalism. So, let’s use our Covid-19-induced emergency powers to put the squeeze on religions. Easter goes by and there is an Easter-egg hunt at the White House. No mention of God or Jesus of Nazareth. No public prayers. This is in the same country whose coins are stamped with ‘In God we trust’. If this is transitional, where is it going?

The whole idea of religious freedom was foundational to America. But wokeism has moved the goalposts. It’s not freedom of religion any more. The new thinking is freedom from religion. Churches have taken it on the cheek. Pastors are being persecuted right in North America. And persecution of Christians is going wild in places like the Sahel and in Afghanistan. China is persecuting the Uighurs, who are Muslims, in re-education camps. This is déjà vu all over again … Tibet was crushed by the same totalitarian methods. And now this authoritarian approach is being championed by WEF and the WHO.

These clampdowns are partly because Christians and Muslims take exception to some of wokeism’s and globalism’s pet projects. I am speaking of sexual orientation, same-sex marriage, abortion, infanticide, sex-change, euthanasia and other transitional social issues. The same issues that are causing unprecedented levels of polarisation in Western democracies. Immediately after winning a divisive election in France, President Macron announced that he will try to unite the country. Well, in principle, he is a centrist and a pragmatist. So, he is not bound to the left or to the alt-right, by ideology. He can look for combinations. Expect the unexpected; more odd couples?

That brings me to the last odd couple of the four. It is sort of personified by Elon Musk. He emigrated from South Africa after high school because he got bullied so badly. The volumes of his combined businesses today now exceed the GDP of South Africa. In the meanwhile, the number of jobs in South Africa’s economy is still shrinking; 300,000 more jobs were lost in the last quarter of 2021. There are now more people in its work force without jobs, than those with jobs. In other words, the unemployment rate has passed 50%. In the worst year of the Great Depression – 1933 – unemployment hit 13% in North America. This is what socialism has done to economies, time and again.

Musk is moving out of California and into Texas. Now he is making an interesting move, a hostile takeover bid of Titter. (That’s not a spelling error, that’s a statement.) Musk could put the ‘w’ back into that social media platform. It is his way of championing free speech. But he is doing so the big business way; by buying it up and maybe privatising it.

How can this platform ban a US president and yet allow a list of baddies including Putin to stay up? The excuse is that forces like populism and so-called conspiracy theories are worse than terrorism or war crimes. This is crazy. Personally, I hope that Musk succeeds and that he eliminates the double standard. At the moment it is not a free speech platform, it is censorship that approaches the way that the Russian media report on the war in Ukrania.

I don’t think that the woke swing to the radical left will be long-lived. But I don’t see a need to revert to the alt-right alternative either. The way forward lies in combining elements from all sides in ways that are fiscally responsible. The first-ever democratic socialist government in North America was in Saskatchewan. It was led by a Baptist minister named Tommy Douglas. He inherited a huge deficit from the preceding conservative government. He was re-elected five times, and went on to become the first leader of the NDP, Canada’s socialist party. His provincial government set the gold standards that define Canada’s social benefits today, including Medicare. And when he left Saskatchewan, his government had eliminated the deficit. He left a budget surplus to his successor.

That is an odd couple worth pursuing! Wokeism is not thinking with an open mind. It is an ideology now, and worse yet, an incoherent one. It is making a big mess in its sphere of influence, and the time has come to expose its excesses, starting with the Covid-19 hype. The court that ruled last week that Canada’s trucker blockade was a legitimate democratic exercise in protest – not an illegal populist subversion–- got it right. New and innovative forms of democratic participation can and will emerge, that will make us think out of the box.

As a Christian, I am a great admirer of Jesus. He lived in an autocracy (Roman), which was at odds with organised religion (Judaism). He was caught in the crossfire, so to speak. This was long, long before Adam Smith, Karl Marx and Henry George, the prophets of the right, left and centre respectively. Jesus espoused Judaism which respected property rights. So, he sometimes sounds very conservative. He has also been called a communist for some of his radical teachings. Henry George was a pastor who inspired the likes of Tommy Douglas, Leo Tolstoy and Franklin Roosevelt. He found centrist ways to follow his religious convictions in his book Progress and Poverty. Except for the Bible, this was the best-selling book of the 19th century, outselling Charles Dickens, Charles Darwin and Karl Marx, to mention a few milestones. I believe that the teachings of Jesus are still very relevant, and may prove to be the destination that woke transitional frameworks are taking us to. Back to the future with the greatest prophet of them all, a Jew who founded Christianity and is also revered by Islam. Let us render our material taxes to Caesar, and our devotion to God.