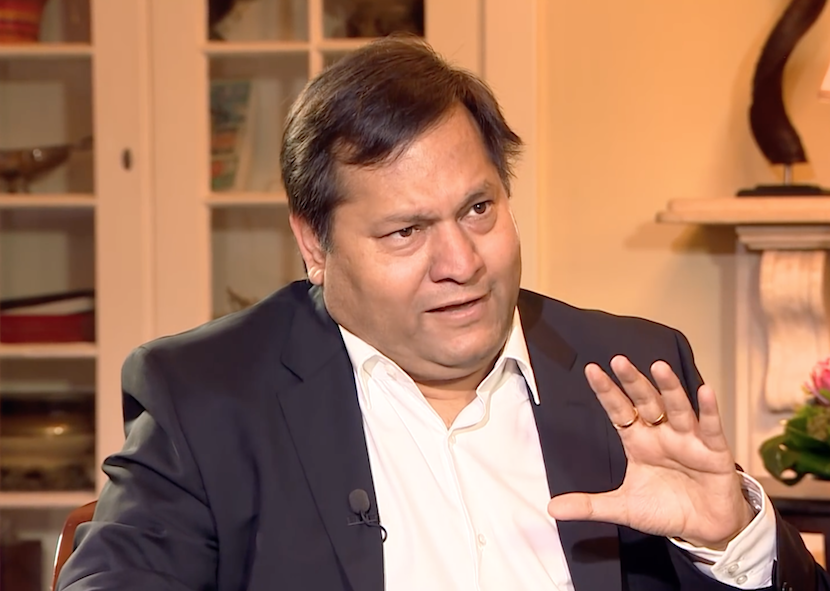 The Gupta name may be in tatters in many households across South Africa, but that is not deterring the family from cracking on with its plans. This was revealed by the Gupta laywer, Gert van der Merwe, who was responding to a move this week by Standard Bank to get President Jacob Zuma and other ministers off its back. The Guptas have grown in influence and wealth, thanks to their connections in the ANC and across state entities. They appear to be all-powerful as law enforcement agencies stand idle in the face of sensational allegations in the public domain that laws and regulations have been contravened by Gupta-linked companies. As testimony to the Guptas’ power in South Africa, Atul Gupta is now one of South Africa’s wealthiest individuals, with his personal finance strategy based on taking advantage of black economic empowerment laws. Ironically, he is not from a formerly disadvantaged South African group, nor did he fight against apartheid: he is a fairly recent immigrant to the country. The Guptas have insisted they are innocent of any wrongdoing and have accused various parties that have criticised them of having agendas, including racism. Expect to hear a lot more from the Guptas in 2017. If their lawyer’s comments are anything to go by, they’ve only just got started in South Africa. – Jackie Cameron

Johannesburg – Every allegation against the Gupta family, by banks who stopped doing business with them, will be dealt with in detail, according to lawyer Gert van der Merwe.

Standard Bank asked the High Court to prevent President Jacob Zuma and his ministers from intervening in its decision to close accounts of companies associated with the Gupta family.

The appeal goes a step further than an order sought by Finance Minister Pravin Gordhan, who in October approached the court for a ruling that he doesn’t have the authority to interfere with whom banks choose as clients. Gordhan took the steps after the Guptas repeatedly pressured him to get the banks to overturn their decision. FirstRand and Nedbank have already filed court papers supporting Gordhan’s stance.

Ministerial threats to review South Africa’s banking regulations and comments from Zuma that he is considering requests for a judicial commission of inquiry to investigate the Gupta account closures have no “legal basis,” Standard Bank’s general counsel said in an affidavit filed in the Pretoria High Court on Wednesday.

Companies linked to the Guptas and their Oakbay Investments (Pty) Ltd. “fall into the category of politically exposed persons,” Standard Bank said in its papers. This was only one of the factors taken into consideration when Standard Bank closed the accounts, it said.

Having conducted a due diligence on Gupta companies, Standard Bank said that continuing a relationship would increase its risk of contravening laws including the Prevention of Organised Crime Act, the US’s Foreign Corrupt Practices Act and the UK’s Bribery Act.

When asked about allegations in the media, information from representatives for the Guptas was found to be “insufficient, unconvincing and in one instance demonstrably dishonest”, Standard Bank said.

Gupta-linked entities embarked on a public campaign to condemn the lender’s decision to close accounts, attributing a “racist motive to Standard Bank” and asking one of its international shareholders to intervene, according to Standard Bank, which didn’t identify the investor. “The accusations were and are offensive, unlawful and unfounded.”

Every allegation will be dealt with in detail when the Guptas’ businesses file court papers in mid-January, said Van der Merwe, the Guptas’ lawyer.

“The family will not run away,” he said, adding that if any wrongdoing was proven, they would take the consequences.

Having been notified of the impending account closures, a representative of Oakbay asked Standard Bank to transfer R1.45bn ($103m) to the Bank of Baroda, which has a branch in Johannesburg, according to the court papers.

Although the money was held in an account belonging to the Optimum Mine Rehabilitation Trust, the trustees were replaced by Oakbay nominees “within a matter of days,” Standard Bank said. Along with approvals from the Department of Mineral Resources, the new trustees had the funds transferred.

“Standard Bank ironically forced the transfer by closing the account,” van der Merwe said. When  Optimum Coal Holdings was purchased, Tegeta, a company controlled by the Gupta family, was going to appoint new trustees, van der Merwe said. “It makes sense that they would then apply for the transfer. I don’t see anything inappropriate with that.”

In his affidavit filed, the finance minister highlighted 72 transactions totaling R6.8bn by the Guptas and companies they control that the country’s anti-money laundering agency considered suspicious.

“It is not for Oakbay to get involved between Standard Bank and politicians,” the company said in an e-mailed response to questions. “All we would say is, we’re still waiting – after two months now – for outstanding information on the 72 transactions that will clear our name. Clearly some powerful entities in South Africa don’t want the truth on these transactions to come out.”

Catch up on the latest developments on the Gupta family here:

SA’s 10 richest men – and what they earn: All white, except for Gupta

How to ‘out’ your allies by retweeting; an Atul Gupta masterclass