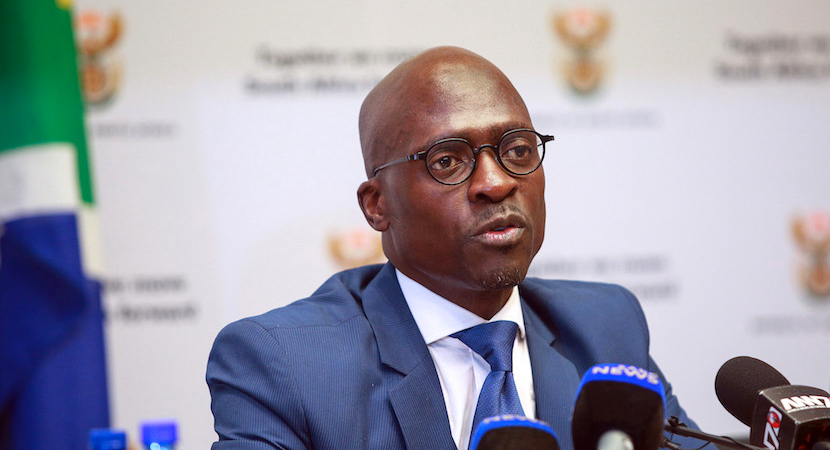 DUBLIN — Malusi Gigaba’s tenure as finance minister has had a few ups and downs. What happened today seems to represent a low point – a few minutes before Gigaba gave his budget speech, news broke that the High Court found that he had lied under oath while serving as minister of home affairs. The ruling found that Gigaba had violated the Constitution, which is a pretty serious accusation. One wonders if this latest scandal will influence Ramaphosa’s decision about keeping Gigaba on as finmin. Speculation is running rife about who may be axed in the Cabinet reshuffle; today’s news must surely put Gigaba’s tenure in question. – Felicity Duncan

Just read the fireblade judgement against Gigaba. It’s scathing against him & shows how he acts only in the interest of other sources not SA

(Bloomberg) – South Africa’s High Court ruled that Finance Minister Malusi Gigaba lied under oath when he testified during his tenure as home affairs minister in a case filed by a company that wanted to open a private immigration terminal at the country’s biggest airport.

“The minister deliberately told untruths under oath,” Judge Neil Tuchten said in his ruling, which was circulated by the main opposition party, the Democratic Alliance, on Wednesday shortly before Gigaba was due to deliver the annual budget. “The minister has committed a breach of the Constitution so serious that I could characterize it as a violation.”

Fireblade Aviation, which is controlled by the Oppenheimer family, filed a lawsuit against Gigaba alleging that he had reneged on a pledge to delegate officials to staff their immigration and customs facility that was to be developed at the Johannesburg OR Tambo International Airport on land rented from arms manufacturer Denel. Gigaba denied ever approving the terminal. The court ruled in Fireblade’s favor.

Gigaba said he stood by his testimony and was consulting his lawyers about the ruling.

“The decision of the court is being challenged,” he told journalists in Cape Town before delivering his budget speech. “There is an appeal. At no stage was there an agreement with Fireblade. Legally you cannot have a private terminal for a family.”