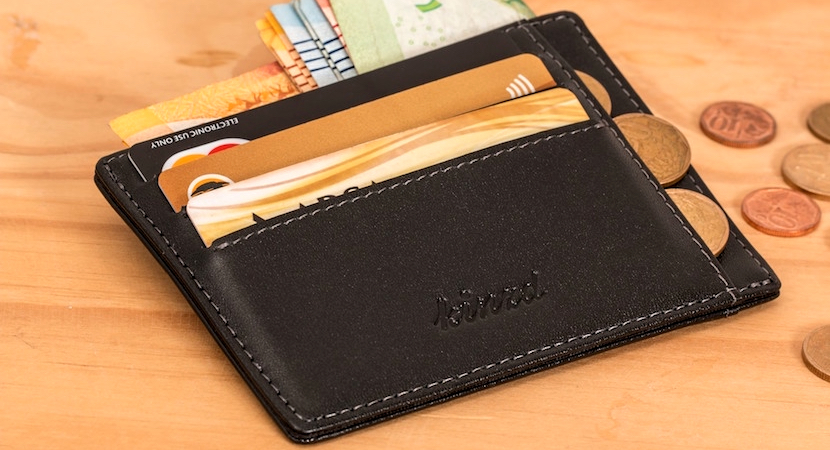 JOHANNESBURG — It will be interesting to see if what Azar Jammine says in this analysis below actually transpires to be the case in Wednesday’s Mini-Budget. Jammine looks at the numbers and essentially says that this year’s painful VAT hike could result in a lower budget deficit than expected. We certainly hope that’s the case. But while revenue has been on the rise for government’s coffers (and spending surprisingly under more control than previously), our economy is still not generating any real growth. All that government is doing is redistributing larger pieces of exactly the same pie… – Gareth van Zyl

One of the more alarming takes on the South African economic scene over the past year has been the frequently vented fear that the fact that economic growth has turned out to be lower than anticipated at the time of the 2018 Budget in February, would result in growth in government revenue falling well short of what was budgeted. As a consequence, the concern has been that the budget deficit would be exceeded substantially and that the public debt to GDP ratio would then also overshoot what government had budgeted for. In light of the fact that this is a critical metric upon which credit ratings agencies focus, as a signal of the solvency or otherwise of the government, there has been much apprehension that lower-than-expected growth would ultimately result in a downgrade of credit ratings.

In fact, if one extrapolates the growth in revenue and expenditure for the first five months of the 2018/19 fiscal year to a full 12 month period, one would end up with an extrapolated fiscal deficit for 2018/19 of -2.2% of GDP, far less than the -3.6% of GDP deficit budgeted for in February.

At the heart of the overshoot in growth of government revenue has been the take from VAT. It is common knowledge that the rate of VAT was increased from 14% to 15% in April but this was factored into the budgeted growth in revenue presented in the February Budget. In that Budget growth in revenue from VAT for the whole of the 2018/19 fiscal year was estimated at 16.4%. Despite the slower than anticipated growth in the economy, the growth in revenue from VAT over the period April to August was significantly higher, at 19.5%. Over this period there has also been an overshoot of revenue from the fuel levy, with growth at 10.0% compared with an 8.6% figure budgeted for.

Even more significant has been the overshoot in revenue from customs and excise duties (international trade), whose growth has been 14.2% in the first five months of the fiscal year, almost double the budgeted growth rate of 7.7% for the whole of the fiscal year. Amongst other important sources of revenue, growth in revenue from personal income tax over the period April to August has been 9.8%, marginally higher than the budgeted growth rate of 9.7%. Only in respect of company tax has revenue fallen short, with growth at 2.8% between April and August compared with budgeted full year growth of 6.0%.

One is therefore enticed to question whether the favourable revenue outcomes for the first five months of the fiscal year will be sustained over the remainder of the fiscal year to enable the government to meet its budget deficit. It is curious as to why there has been such an overshoot, especially in respect of VAT and international trade. One would like to think that the changes at the helm of SARS have seen the elimination of graft within the revenue services which has facilitated a reversal of the dismal performance in revenue collections seen in the last couple of years compared with what had been budgeted for. Conversely, on the expenditure side, one wonders whether the undershoot recorded in the first five months of the year might be reflective of Treasury succeeding already in the short term in eliminating some of the costs of procurement associated with state capture in such a way as to come in within budget.

Mboweni needs to come across with conviction regarding reprioritisation of expenditure

There has been much speculation about the extent to which new Finance Minister will imprint his personality and provide new guidance on the future path of the Ministry of Finance under his leadership. Some have suggested that his incumbency in the Ministry is one of a caretaker Minister until after the elections, but we doubt that this is the case. On the contrary, we suspect that he might even turn his eyes on reaching a higher office in the longer term. However, as far as the MTBPS goes, it is unlikely that he will have been able to invoke significant changes in the mere two weeks of incumbency in his new position.

The process of drawing up the three-year Medium-Term Expenditure Framework is an extensive one taking up many months of work by the tens of experts in the Ministry. It is unlikely that he will be able to change much in regard to the numbers. However, this does not mean that he cannot sculpt perceptions about the future course of fiscal policy. In this regard, one’s big hope is that he will be able to reflect that the Ministry is indeed succeeding in its efforts to root out corruption and state capture. There is no better way of doing this than delivering a speech which helps to highlight the manner in which the R50bn stimulus package announced by President Ramaphosa three weeks ago, which was said to rely on reprioritisation of expenditure rather than on new funding, will be implemented through savings incurred on existing expenditure through the elimination of corrupt practices and the improvement of procurement processes.

More specifically, we would hope that the MTBPS reflects a greater commitment towards shifting the pattern of expenditure away from current expenditure on goods, services and public sector remuneration, towards infrastructural investment spending. Bearing in mind that the MTBPS is to be followed by a huge Investment Summit aimed at garnering support for large-scale investment by both local and overseas businesses, there is no better way to pave the way for success in such an initiative than for the government to lead the way by emphasising its commitment to bringing its own infrastructural investment initiatives to the fore. It should be recalled that in the 2018 Budget, the government’s three-year capital expenditure programme amounted to R834bn, well short of the R946bn three-year capital investment programme budgeted for in the 2017 Budget. One would like to see a reversal in this trend of decline.

Specific initiatives and ideas on privatisation will be welcome

There were a multitude of specific initiatives outlined both in the stimulus package presented by President Ramaphosa three weeks ago and the subsequent Jobs Summit held a fortnight ago. One should not be surprised to see many of these initiatives being reflected upon in the MTBPS speech. These include initiatives in Agro processing, am

ndment of visa restrictions on foreign tourists, encouragement of small business activity and some incentives for specific manufacturing initiatives. We are also likely to hear about specific job creation initiatives through incentives aimed at mentoring school leavers. Is it also too much to expect newfound hints of privatisation or partial privatisation as a means of resolving the huge shortage of finance available to fund state-owned enterprises (SOEs)? In this regard, one should not be at all surprised to hear about new initiatives aimed at improving the governance and competence of SOEs.

The key to Mboweni’s success will be his ability to persuade us that a rejuvenated Treasury will be in a stronger position to tackle some of these challenges. Most of all, one would dearly love to see him reflecting on a new-found determination to tackle structural weaknesses in the economy that are inhibiting the attainment of a potentially higher growth rate. Included in this category would be constructive thoughts on how to improve the educational outcomes in the country and how to make decent public healthcare more readily available to the broader population, whether through a National Health Insurance scheme or some affordable alternative.

Hopefully, Mboweni will also be able to appease the working class through commitments towards addressing the high concentration of power in the South African business community and the excessive wage differential between the executive class and the working class. On the whole, we remain relatively optimistic that the MTBPS may provide a vision of an economy set to reverse its declining fortunes by addressing in a credible fashion some of the fundamental weaknesses which it has been embroiled in for decades. One should not lose sight of the fact that the scope of the MTBPS is limited in comparison with the annual Budget delivered in February. It contains nuances and guidelines rather than firm fiscal decisions.