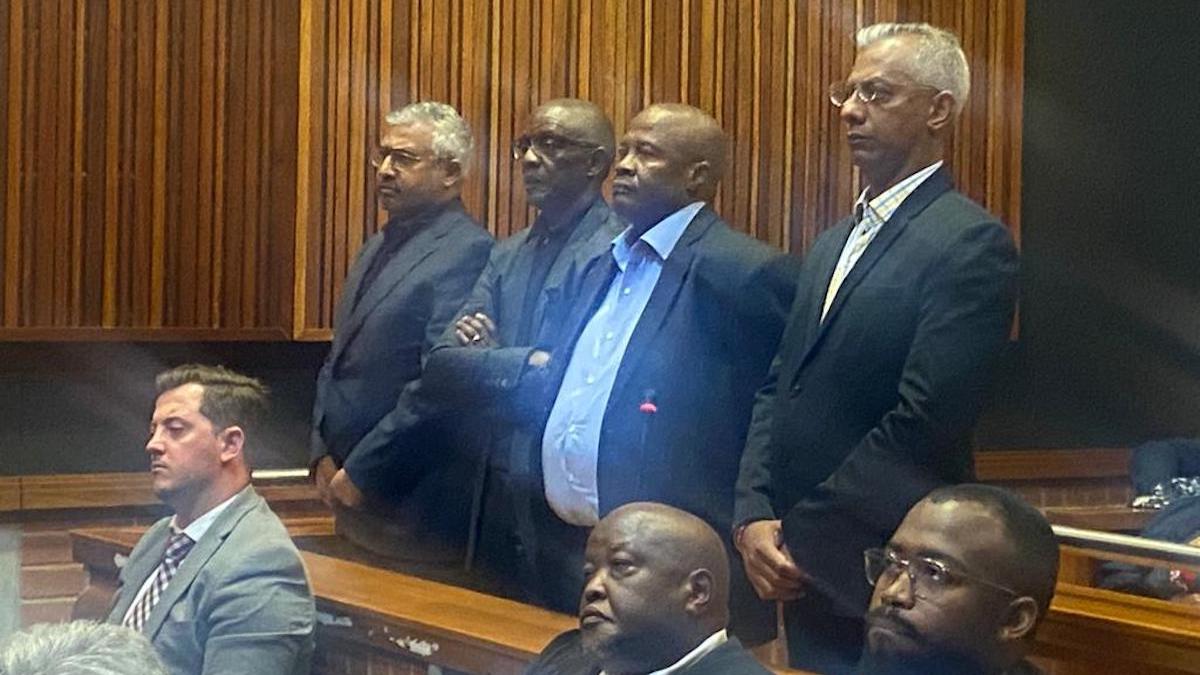 Former Transnet executives Brian Molefe and Anoj Singh plan to plead not guilty when charged with contravention of the PFMA, fraud, corruption and money laundering following their arrest on Monday.

Molefe and Singh were joined in the dock by Gupta-linked Regiments Capital executives Litha Nyhonyha and Niven Pillay. All four were granted bail of R50,000.

The Investigating Directorate’s spokesperson Sindisiwe Seboka said the group are in the dock facing charges stemming from the locomotives transaction advisory tender which was awarded to the McKinsey-led consortium in 2012. That tender led to the purchase of 1,064 locomotives worth more than R54bn.

“Regiments Capital was irregularly onboarded and ended up benefitting from the irregular appointment by Transnet in respect of the contract. The contract value and scope for the services required was later escalated to more than R305m. This agreement included, amongst other services, the sourcing of the China Development Bank loan and the Club loan which were in the amount of $2.5bn, on behalf of Transnet [equivalent to R30bn at the time]. The accused also face charges linked to the R93.4m paid to Trillian Asset Management in 2015,” says Seboka.

The State Capture Inquiry was blunt about the extent to which Transnet was sucked dry to the tune of at least R41.2bn by the Guptas and their cronies.

When Transnet embarked on its multibillion-rand procurement of locomotives between 2012 and 2017, instead of relying on its internal staff complement of 40 experts, it hired “at enormous cost … financial advisors with links to the Gupta enterprise” despite all the skills residing in-house.

In one deal focused on raising capital for Transnet’s locomotives procurement, Trillian invoiced the SOE to the tune of R93.4m for transaction advisory work already done and invoiced by another Gupta-linked company, Regiments Capital. In effect, this was double-dipping.

Regiments was paid a R189m success fee for arranging a $1.5bn loan through the China Development Bank. Regiments then paid R147m to Albatime – a company owned by Gupta-fixer Kuben Moodley – who then paid R122m to Sahara Computers, owned directly by the Guptas.

Head of the ID, Advocate Andrea Johnson says: “Transnet is considered one of the primary sites of massive looting of state funds at the peak of the state capture project. Today’s arrest and court appearance of additional senior executives reflects a significant milestone and outcome of our complex investigations. We, in collaboration with the Hawks, will ensure that we continue to follow the evidence and arrest and prosecute those who are fingered to have been alleged to be part of looting the state coffers. As the ID we have made commitments to reclaim the state and ensure that impunity is no longer a given.’’

The Organisation Undoing Tax Abuse (OUTA) welcomed the arrests and believes Molefe and Singh have a lot to account for.

“They were not only involved in state capture at Transnet, but also later at Eskom, the state’s crippled power utility. We are also happy to see that OUTA’s referrals and submissions on state capture to the law-enforcement agencies contributes to the arrest of state capturers,” said OUTA’s CEO, Wayne Duvenage.

The ID is confident more arrests linked to the matter will follow. All accused are expected back in the Palm Ridge Specialised Crimes Court on 14 October.