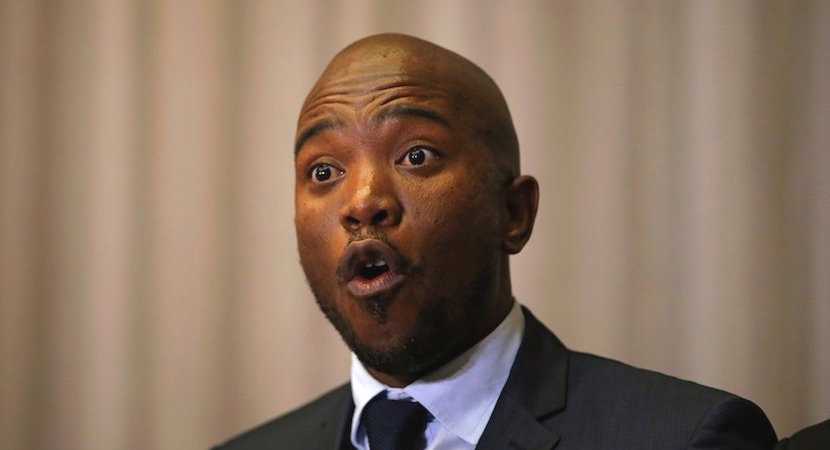 LONDON — This week President Cyril Ramaphosa was seen smiling into the cameras with Zimbabwe’s President Emmerson Mnangagwa during an official state visit to our neighbour. Ramaphosa is continuing the policy of quiet diplomacy with Zimbabwe that the ANC has adopted since it took power in  South Africa in 1994. He is openly calling for the sanctions against Zimbabwe to be lifted and said South Africa is ready to support Zimbabwe “within our means.” The Government is taking a similar approach in Venezuela defying Western allies’ stance against President Nicolás Maduro and insists he is the duly-elected leader of the country. South Africa’s foreign policy has never reflected the human rights culture that we would all like to see. Ramaphosa may be steering it away from the radical inclinations of some factions in his organisation who want to withdraw from the International Criminal Court and close its Israeli embassy, but he is likely to keep to a policy of favouring stability over democratic values.  Democratic Alliance leader Mmusi Maimane has slammed South Africa’s foreign policy saying that South Africa is still stuck to the ANC’s old alliances. He calls for good relations with Israel as it offers a wealth of commercial opportunities and a human rights based foreign policy that puts the interests of ordinary people over the interests of dictators and political elites. – Linda van  Tilburg

The hallmarks of South Africa’s foreign policy must be a deep commitment to human rights, democracy and free trade.

That requires the South African government to call out leaders who rig election results to acquire or retain power. It requires South Africa to speak out when ruling parties silence, detain or murder opposition politicians and activists, or use violence against civilians to create a climate of fear in order to suppress dissent.

This is not happening under President Ramaphosa. On Wednesday he visited Zimbabwe and treated Emerson Mnangagwa as the legitimate leader of Zimbabwe. I have no problem with Ramaphosa visiting Zimbabwe and being cordial towards Mnangagwa.

Mnangagwa came to power on the back of a military coup and a rigged election. His government rules Zimbabwe because it used force to acquire power and it is using force to retain power. Ramaphosa should use his position as SA President and SADC chair to stand with the people of Zimbabwe and call ZANU-PF out. Instead, he stood with Mnangagwa, seemingly happy to be in a brotherhood of Big Men leaders of liberation movements that are holding back Africa’s progress.

Millions of Zimbabwean families have been impoverished and torn apart by the parasitic, predatory politics of ZANU-PF’s political elite who’ve used their control of the armed forces to loot the country into oblivion. And yet Ramaphosa seems happy to support and legitimise this winner of a rigged election. Or, if this is his version of quiet diplomacy, it will fail as surely as Mbeki’s did in the early 2000s.

The ANC sent a delegation to Venezuela last week, to show support to Nicolás Maduro, another winner of a rigged election. Free and fair elections are a cornerstone of democratic societies. It is outrageous that the ANC would choose to support Maduro over the people of Venezuela.

South Africa now has a seat on the United Nations Security Council and therefore an opportunity to show our values by the way we vote. Yet we were one of only three countries to vote against a US resolution before the UN Security Council to recognise Juan Guaidó as interim President of Venezuela. (Venezuela’s Constitution allows for Guaidó, who is President of the National Assembly, to become President of the country on an interim basis in order to facilitate new elections.)

Not only must South Africa’s foreign policy serve the interests of the citizens of other countries, it must also serve our own interests. The alliances we form must assist us to grow our economy so that we can put a job in every home and ensure fair access to opportunities.

Good relations with Israel offers a wealth of opportunity for trade and innovation (for example, in advanced water-saving technology), and yet South Africa is shunning Israel by downgrading its embassy there to a mere liaison office. This position is more about winning political support for the ANC than it is about promoting South Africa’s best interests.

Pursuing good relations with Israel doesn’t stop South Africa from calling Israel out on its treatment of Palestinians. In fact, keeping communication channels open is the most effective way for South Africa to play its part in bringing about a two-state solution. Instead, the ANC is using foreign policy to pursue a populist agenda.

South Africa is still stuck with the ANC’s old alliances as if the Berlin Wall is still up. We need to modernise our foreign policy and get it working for the benefit of all South Africans. Ramaphosa has been President for over a year and still our visa regime deters tourism, international and intra-continental trade, and the importation of scarce skills.

We need our foreign missions to act as trade offices. But instead of using them to promote trade, the ANC is still using them to dispense patronage. Cutting our number of diplomats will be a good start to reducing the size of our public sector wage bill.

A year into Ramaphosa’s presidency, SA’s foreign policy direction points to a False Dawn. Ramaphosa’s shielding and legitimising of the ANC will prolong the suffering of South Africans just as his shielding and legitimising of Mnangagwa and Maduro will prolong the suffering of the people of Zimbabwe and Venezuela.