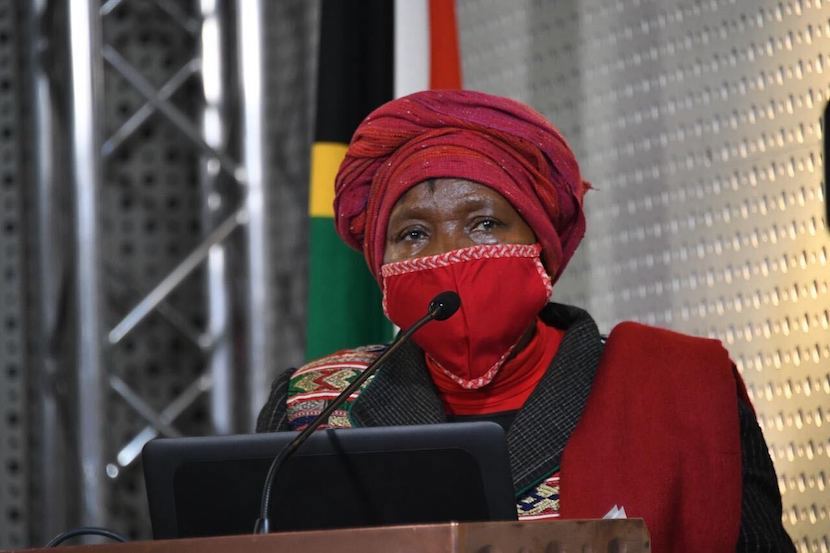 In politics perception is everything and ruling politicians who contradict themselves and don’t take societal behaviour into account are on a hiding to nothing. Here political fundi, Professor Steven Friedman, takes a hard look at how our political leaders have handled the Covid-19 pandemic lately, concluding that they’ve lost the initial legitimacy they had during lockdown. On one hand, they seem to be playing to the gallery (religious and business pressure), and on the other, flip-flopping on the cigarette ban and limiting the sales hours of alcohol. Somehow Cooperative Governance minister, Nkosazana Dlamini-Zuma, whose track record on legislation reducing smoking in South Africa is impressive, overlooked the addictive nature of tobacco, not to mention the dismal history of alcohol prohibition in America, making ‘smokkelaars’ and nefarious illicit dealers very rich in a very short time. When Basic Education Minister, Angie Motshekga postponed her announcement on the staggered return of learners to school to the day the Western Cape education authorities partially re-opened schools, (on a date she earlier set), government legitimacy was further eroded. Now it’s up to business and other institutions to regulate infection-limiting behaviour. Government has resorted to statistical fear-mongering, because public faith in it has all but dissolved, argues Friedman. – Chris Bateman

South Africa’s lockdown: a great start, but then a misreading of how society works

South Africa’s government is proud that its response to Covid-19 relies on science. It might be prouder if it was also guided by knowledge of how society works.

When South Africa’s Covid-19 lockdown began on 27 March, opposition from some quarters was inevitable. What was not expected was that the most vehement resistance would be aimed at a ban on selling tobacco products. Only around 1 in 5 South Africans smoke and previous government limits on smoking were not controversial.

The ban generated such heat because, when the government began relaxing the lockdown, President Cyril Ramaphosa announced that tobacco sales would be allowed. Then, at the apparent prompting of the minister responsible for lockdown rules, Nkosazana Dlamini-Zuma, the decision was reversed; the ban is still in force.

Dlamini-Zuma has an unfortunate tendency to lecture rather than persuade and her role seems to have turned muttered resentment among some into loud anger, directed not only at the tobacco ban but the entire lockdown. And, since the loudest opposition has come from white suburbanites, it has revived the familiar conservative argument that a “nanny state” is telling citizens that it knows more about what is good for them than they do.

This complaint says more about the prejudices of those who make it than reality.

All governments restrict citizens to protect their health and safety: this is why we have traffic lights. And all democracies allow governments to restrict freedoms to protect citizens in an emergency – by, for example, cordoning off areas hit by fire and flood.

The “nanny state” argument expresses a belief that some of us should not be told what to do by those they consider their inferiors.

But this does not mean health measures will be obeyed. It is here that knowledge of society is important.

Addictive substances harm health. But knowledge of how humans act in society tells us that, precisely because they are addictive. They can be regulated but banning them never works since addicts find other ways to feed their addiction.

Besides the oft-quoted failure of American prohibition, when white governments in South Africa banned black people from consuming “European liquor”, this created shebeens (speakeasies) which remain a feature.

South Africa’s bans on cigarette and alcohol sales prompted an illicit cigarette trade, the looting of liquor stores and a sharp rise in the price of pineapples which were used to ferment beer. Dlamini-Zuma’s belief that the ban will prompt “a sizeable number” of people to give up smoking is contradicted by knowledge of society.

This knowledge also tells us that, even among the vast majority who are not addicts, restrictions will fail if they lack legitimacy: people may not like obeying them, but, if they accept they are there for a good reason, they will comply. If they don’t, even thousands of troops will not get them to obey.

South Africa’s lockdown rules started with high legitimacy. But it has been eroded and has now dissolved.

The country locked down early, when cases and deaths were relatively few. This creates a legitimacy problem: people must sacrifice yet they do not see the fatalities and overloaded hospitals which influenced citizens of some European countries. But this problem was largely solved because citizens knew – and feared – what was happening elsewhere.

Legitimacy could have remained high if, like some other countries, South Africa’s had done what early lockdowns are meant to do – cut infections and deaths to a handful.

But this was never an option because the scientists who advise the government insisted that restrictions were not meant to stop the virus transmitting, merely to slow it down so that, when the “inevitable” surge arrived, the health system was ready.

They have not been challenged to defend this view because the debate never asks scientists difficult questions. An illustrative example is the claim (which she later clarified) by Professor Glenda Gray, chair of the country’s Medical Research Council, that Soweto’s Baragwanath hospital had no malnutrition cases before the lockdown. But it has created a legitimacy nightmare.

By Ramaphosa’s own admission, South Africa did not use its lockdown to establish the testing and tracing capacity which allowed some countries to beat back Covid-19. But, outside Western Cape Province, it restricted cases to about 11 000 and under 200 deaths by the end of May, figures similar to South Korea’s successful fight against the virus. Even in the Western Cape, there are a few hundred deaths, not the thousands seen elsewhere in the world.

The legitimacy which comes from victory over the virus is not available and the official insistence that the restrictions are not meant to stop transmission has handed opponents a good reason to demand that they end even when infections are rising.

Business began pressing for freedom to operate and has largely succeeded. This set off a chain reaction in which, once one lobby wins, the others smell blood and demand that they too be free to operate.

This lobbying has replaced the veneer of science shrouding government decisions: concessions seem based purely on who shouts loudest. Domestic business travel is allowed, which may allow the virus to spread; religious services are opened although they have been prime spreaders of the virus everywhere; the government has tried to open schools although nearly 2 000 Covid-19 cases are below age 19. Only the tobacco ban remains.

But the legitimacy of measures to fight Covid-19 are more important than ever because the only chance of curbing it is strict observance by businesses and other institutions of health measures.

The government is reduced to doing what it always does when it loses control – telling citizens they must look after themselves. Because people are worried by Covid-19, those who have access to trade unions or other forms of influence may do that. But, if the virus’s spread is stopped, it will be because people fear it, not because they believe that government measures are legitimate.

This might have been avoided if the government paid as much attention to knowledge of society as it says it is paying to science.