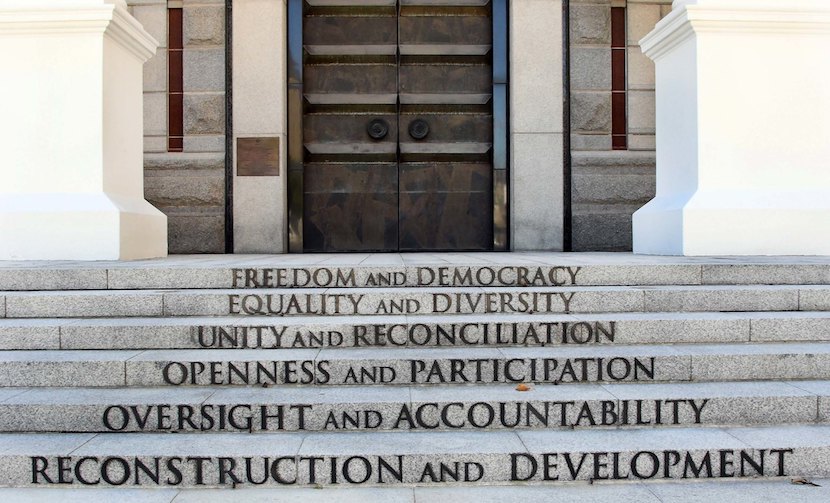 I’m guilty of being unable to answer all 10 of Chuck Stephens’ questions below, aimed at stressing how few people realise how critical our NGOs are to our country’s democracy and ruling party accountability. I mean if your ‘average’ journalist cannot answer most, then what does that say about the readership they inform? The point is powerfully made. As befits the executive director of the Desmond Tutu Centre for Leadership, Stephens thinks the growing NGO contribution to the commonweal in governance would make the late ‘Arch’ proud. It’s all premised on most people believing it’s central to our recovery that the Zuptoid miscreants (ironically, the EFF popularised the expression), “pay back the money” and account for their looting. One wonders, if left solely to his own devices and inner-party pressures, how much less President Cyril Ramaphosa would have done. Tempting as it is to collectively call the disparate NGO collective The Avengers, Stephen’s term is more accurate: The Sentinels. – Chris Bateman

Ganging up on the Gangsters

The late, great Desmond Tutu would be proud. Non-State actors are ganging up to cajole and lobby the State to stop the pussy-footing and get on with prosecution and debt collection arising from the Zondo Commission’s report.

For years, the gangsters have been networked together, synergizing their crimes against society. For example, the second volume of the Zondo report describes Finance Minister hob-knobbing with the Gupta brothers, who kept replenishing his carry-bag – full of R200 notes for his shopping sprees.

Meanwhile, the private sector and civil society have mustered mammoth and magnificent counter-attacks, but usually as “silos” acting in their own right. Can you name them?

If you get less than five-out-of-five on this quiz, then you should be happy to know that NGOs are coming out of their shells and starting to join forces to push for results arising from the Zondo Commission’s work. Remember “The Elders”? They were formed to monitor the progress of the Millennium Development Goals. Well, now we have “The Sentinels” – whose remit is to monitor the progress of the Zondo Commission’s recommendations.

The point is that some people know some of the answers. But there needs to be monitoring that builds up a head of steam. This can only happen when the stand-alone “silos” are inter-connected and synergizing. United we will stand tall, divided we will come up short.

But getting NGOs to pull in one direction together is a bit like herding cats. Nevertheless, cats are agile and clever. A herd of cats can operate very effectively, as when hungry lions go out hunting.

The first letter sent out by “The Sentinels” follows. They are keeping watch. Stay tuned! It was addressed to President Ramaphosa. The letter was also copied to Justice Minister Lamola, and to the chairs of the Constitutional Review Committee and the Justice Portfolio committee in Parliament.

RE: Reform of the criminal justice administration

A familiar meme is ‘No justice, no peace’.

It is plain that peace and justice in SA will be unattainable while serious corruption without consequences continues to run rampant. The necessary business confidence and trust in the future of the economy will also not be realised while impunity reigns.

Accordingly: poverty, inequality and unemployment will be exacerbated while serious corruption continues as evidenced by state capture and covid-preneurism.

But how do we bring ‘serious corruption’ to book?

There is a need to reform the workings of the criminal justice administration in order to better implement the findings of the Constitutional Court in the Glenister litigation. Draft bills have been suggested to government by an NPO called Accountability Now in August 2021. A year earlier, the NEC of the ANC passed a resolution; one which aligns with the suggestions made in these drafts. Reform is an appropriate response to what is emerging from the SCC and the SIU reports at this time.

We call upon government to give urgent attention to starting the process needed to reform the law. The DA is busy with a similar initiative and the IFP supports the reform suggested by Accountability Now.

Out of the crucible of vigorous parliamentary debate, a best practice means of implementing the law as enunciated in binding terms by the Constitutional Court in the Glenister cases must emerge soon. The political will to commence that debate is all that is left lacking.

What does government have in mind to accelerate this process?

Our purpose in collaborating on this communication is to uphold the rule of law and the Constitution by accelerating due process needed for some urgent improvements by government to the structure and operations of criminal justice administration. These reforms are urgently needed to put its ability to counter serious corruption on a sound footing that is compliant with the binding Glenister litigation findings. We are only trying to enhance due process. Proper implementation of the rulings made by the Constitutional Court ought to be prioritised out of respect for the rule of law. The era of impunity must end.

Reform is a more rising imperative with every volume of the Zondo Commission’s report that is released. The purpose of The Sentinels is to monitor the Zondo Commission report and the criminal justice system’s progress to make sure those who have acted unlawfully are called to give account to society. (In much the same way that The Elders monitored the Millennium Development Goals and progress in bringing forth social justice.)

Co-signed by The Sentinels…

*Chuck Stephens works at the Desmond Tutu Centre for Leadership. He has written this article in his own capacity.