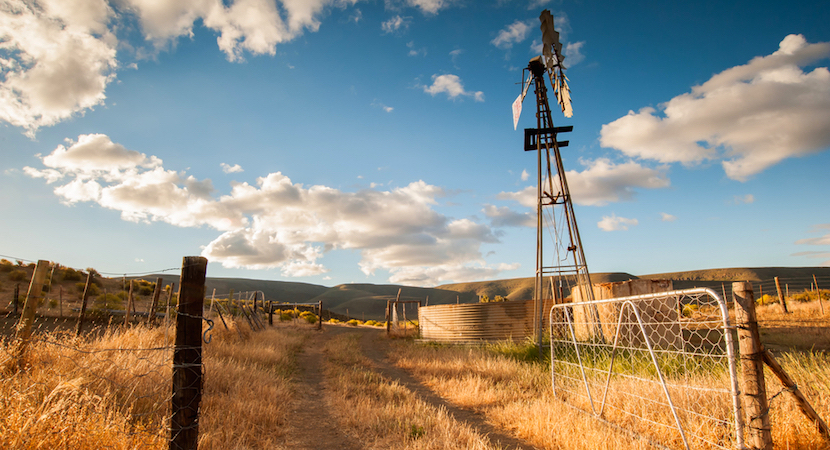 CAPE TOWN — A close reading of this analysis by Terence Corrigan, respected researcher at the SA Institute of Race Relations (IRR), leaves one with the distinctly uncomfortable feeling that, like BEE, land expropriation without compensation (EWC) will hugely benefit a few thousand politically-connected people while the largely disinterested masses continue their lives as before. With most South Africans now urbanised and wanting jobs and land in the city, the large swathes of rural agriculturally productive land hold little interest, surveys show – unless they are accompanied by new title deeds of which there is little prospect beyond 50-year leases from the State currently. So much for kick-starting the economy by providing land ownership collateral. We need more hard data than just the four-year sounding from 1994 that 92% of land claimants settled for hard cash instead of land, but it is indicative – the Gini-coefficient hasn’t changed much. So far, the risks of EWC far outweigh the benefits – but it will certainly keep the EFF wolf from the ANC door, come election time. What the EFF does afterwards, however, might really matter. – Chris Bateman

(Bloomberg) — A land-reform program in South Africa will benefit a small number of citizens if successfully implemented but could be disastrous for most people if it goes awry, one of the country’s leading research institutions warned.

The ruling African National Congress plans to change the constitution to make it easier to expropriate land without paying for it, which has added to emerging-market jitters in knocking the country’s assets. While the party sees expropriation without payment as a way to speed up redressing racially skewed ownership patterns dating back to the colonial and apartheid era, critics say it could erode property rights and lead to Zimbabwe-style land grabs.

“If we get land reform right, we make a couple of thousand people rich and we can have some impact on the livelihoods of others,” Terence Corrigan, a researcher at the South African Institute of Race Relations, said in a Sept. 14 interview at Bloomberg’s Johannesburg office. “If we get it wrong, we lose agricultural exports and damage the balance of payments. If you kick the legs out from under agriculture, we don’t get foreign exchange and we struggle to import. There is a massive risk of doing land reform badly and a modest prospect of doing it well.”

South Africa’s farmers are among the world’s biggest white corn, table-grape and citrus-fruit exporters. A 2017 state-commissioned land audit shows that third of the country’s rural land is owned by individuals and 72 percent of that is in white hands. Companies and trusts hold 43 percent of rural land, and the race of their beneficiaries and owners is difficult to determine.

With general elections looming next year, President Cyril Ramaphosa has embraced expropriation without compensation, but insists there won’t be a land grab. The populist Economic Freedom Fighters party, which has won support from young voters in impoverished townships, supports the change and wants all land nationalized. Individual farmers, some of them with good political connections, could be the biggest beneficiaries of land redistribution, according to Corrigan.

Of South Africa’s land area of 122 million hectares (301 million acres), 94 million hectares is used for agriculture. The state owns as much as 22 percent of the country, while millions of hectares are controlled by traditional rulers. Several million mostly poor black citizens own houses for which they often don’t have title deeds, according to the SAIRR.

A parliamentary committee is considering possible amendments to the constitution to facilitate expropriation.

Opinion polls commissioned by the 89-year-old think-tank from 2015 to 2017 show “the great majority of black South Africans have little interest in land reform,” the institute said in a written submission to the panel. “This is not surprising, as the country is already 65 percent urbanized and most people want jobs and houses in the towns and cities.”

Of the 76,000 land claims submitted from 1994 — when white-minority rule ended — until 1998, the applicants opted for cash compensation in 92 percent of instances, it said, citing former Land and Rural Development Minister Gugile Nkwinti.

Under South Africa’s current system, ownership of land bought for redistribution is generally retained by the state and emerging black farmers are only eligible to purchase these farms after working them for 50 years, the SAIRR said.

Those farmers “generally lack title to the land they work,” the institute said. “They cannot use this land as collateral and battle to raise working capital. They are also reluctant to put up fences or otherwise invest in their land because their leases can be terminated at any time.”