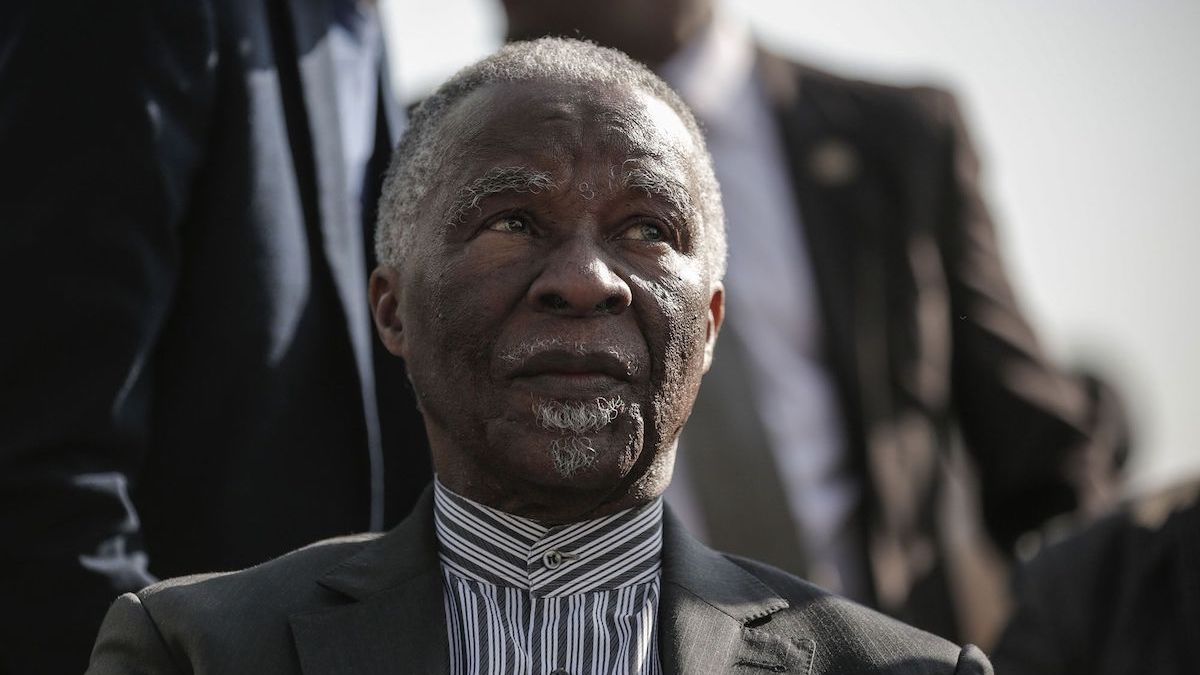 South Africa is precariously balanced on the edge of a precipice similar to that which precipitated the Arab Spring in Tunisia, according to former president Thabo Mbeki. Although he supported President Cyril Ramaphosa to lead the ANC in 2017, he believes factionalism in the party should have been tackled head-on, along with the unemployment and poverty agenda. Read more below to find out the views of this loyal ANC member. – Sandra Laurence

Former president Thabo Mbeki has warned in a scathing attack that Cyril Ramaphosa’s failure to keep his promises to tackle unemployment, inequality and poverty heightened the risks of social unrest comparable to the Arab Spring.

Mbeki is quoted by Business Day as saying: ‘There is no national plan to address these challenges of unemployment, poverty and inequality. It doesn’t exist. I’m saying to serve the people, it requires that.’

He was speaking at the memorial service of ANC Deputy Secretary-General Jessie Duarte.

‘Comrade Cyril Ramaphosa, when he delivered his State of the Nation address in February, … said in 100 days there must be an agreed social compact to address these matters. Nothing has happened. Nothing.’

According to Business Day, Mbeki is among the first high-profile leaders sympathetic to Ramaphosa’s agenda of renewing the ANC to publicly cast doubt on the President’s stewardship of the country.

The unemployment rate has reached records almost every quarter since he took the helm in 2018.

‘You can’t have so many people unemployed and poor,” Mbeki commented, referring to the events that triggered a nationwide revolt that toppled dictator Zine El Abidine Ben Ali in Tunisia and sparked a wave of revolt in Arab countries in 2011.

‘I’m saying one of my fears is that one of these days, it’s going to happen to us,’ Mbeki said.

Mbeki supported Ramaphosa to lead the ANC in 2017. He also questioned how genuine Ramaphosa’s ANC renewal agenda has been; and said party factionalism should have been tackled head-on.

‘ANC people, one after the other, are called corrupt. One of these days it is going to explode.’

However, he reiterated his confidence in the ANC as the leader of society.